In a report on German TV, journalist Hajo Seppelt makes a case that doping is rampant among track-and-field's endurance disciplines. He also suggests that the sport's governing body is doing little to combat the problem. 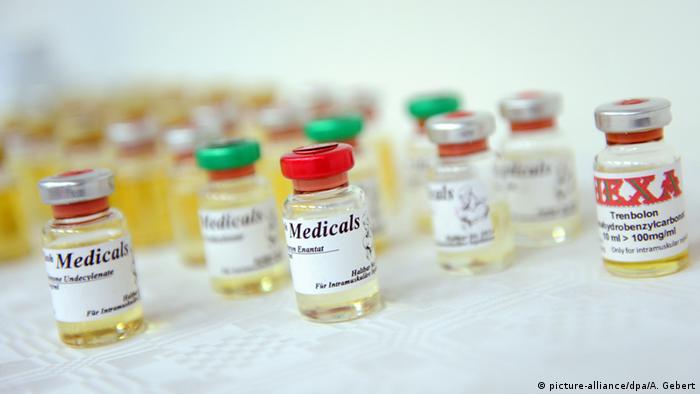 Last winter, Seppelt caused a stir with a documentary presenting indications of systematic doping within the Russian Athletics Federation. On Saturday, August 1, he was back at it with a nearly hourlong report that asked serious question of athletics in general and Kenya's long-distance runners in particular.

"The Doping Secret: The Dark Side of Athletics" suggests that many marathon runners and other track-and-field athletes from the African nation engage in blood doping with substances such as EPO. Kenyans have dominated long-distance running events for years, and large numbers of people in the country see athletics as their only way to escape poverty.

The documentary shows that it is relatively easy to obtain banned performance-enhancing drugs in Kenya and traces the story of an impoverished young runner who seems to have died from the side effects of taking EPO.

Kenyan athletics authorities refused to speak with Seppelt about the issue, and his film presents circumstantial evidence of corruption among Kenyan sports functionaries. Former Boston marathon winner Rito Jeptoo asserts that Kenyan athletes are not subjected to blood tests while training. Another Kenyan runner claims that the national federation suppresses positive doping results in return for bribes.

Seppelt also suggests the International Association of Athletics Federations isn't doing enough to address the problem of doping in endurance disciplines. After evaluating data on athletes' blood collected at major athletics competitions over a number of years, two Australian scientists conclude that doping is the only plausible explanation for some of the measurements. The IAAF also refused to speak with Seppelt about his suspicions.

In reaction to the documentary, Germany's National Anti-Doping Agency called for a prompt and comprehensive investigation to ensure "international fairness of competition and clean sports for all athletes."

A French study has revealed a major loophole in the fight against doping. Under medical supervision, athletes were able to take minimal amounts of performance-enhancing substances - without testing positive. (06.05.2015)