Croatia has bigger problems than minister′s Nazi hat | Europe | News and current affairs from around the continent | DW | 21.02.2016 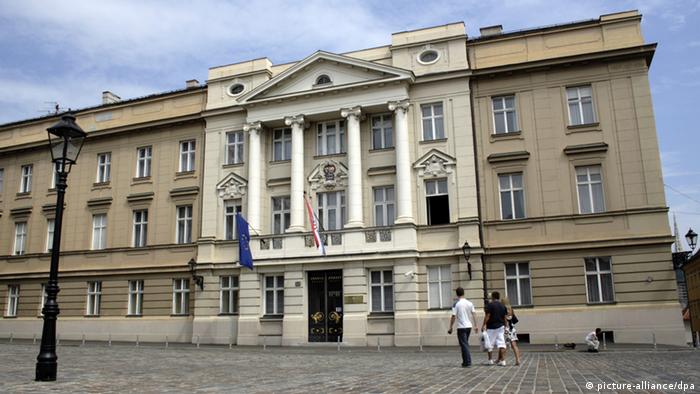 The past always catches up with Croatia. The Balkan nation's latest great ideological debate has to do with a hat. The problem was not the headgear itself, otherwise black and simple, but the shiny U sewn onto it. The letter is a symbol of the Ustasha regime, which allied with Nazi Germany during World War II to commit heinous crimes against Serbs, Jews and Roma.

The controversial cap in question appeared in an old black-and-white photo on the head of a young Zlatko Hasanbegovic, now Croatia's culture minister. The picture had originally been published in the 1990s by the right-wing magazine Independent State of Croatia. In several articles for the magazine, Hasanbegovic paid tribute to members of the Ustasha, calling them heroes and martyrs.

The picture was republished in the weekly newspaper Novosti, whose editor is on the National Council for the Serb minority in Croatia. High-ranking officials in the government, led by the Croatian Democratic Union (HDZ), have already accused the council of insulting the nation. However, Croatia's center-left has always seen Hasanbegovic as a Nazi sympathizer. Intellectuals see his appointment as culture minister as proof that Croatia's new right-wing government wants to settle the score with anyone who is less nationalist than the ruling politicians. 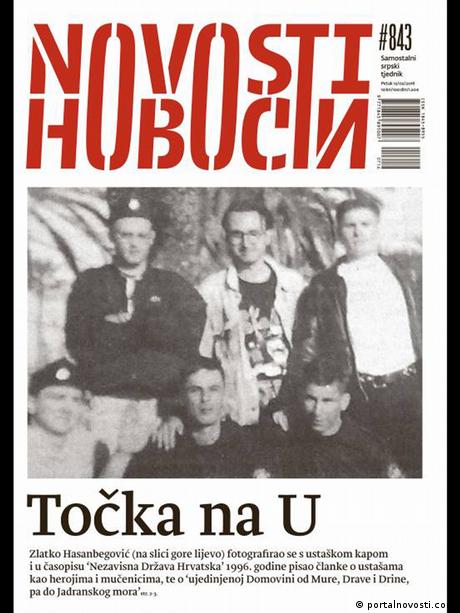 Hasanbegovic initially tried to claim that the image had been doctored

"Hasanbegovic is a message," the left-wing author and historian Dragan Markovina told DW. He believes that the culture minister was appointed for his nationalist ideology. The governing party has been attempting to court Croatia's far-right, Markovina said: "HDZ is trying to prevent any positive interpretations of the Socialist era. That is why it wants bring culture under governmental control." The Social Democratic Party (SDP) lost the government to the HDZ in November.

The culture minister had initially tried to dismiss the incriminating picture as a malicious collage. But when his youthful hymns of praise for the Ustasha regime became public, Hasanbegovic, now 42, decided to go on attack mode, saying that "using 20-year-old statements from my youth and student days is political manipulation." He claims that he, his party and the government are true to democracy and anti-fascism.

Critics do not buy his declaration. People in Croatia speak of a "civil war of interpretations." However, Ivo Banac, a professor of history at Yale University and former legislator for the right-wing Liberal Party, said the matter had been blown out of proportion. "In Croatia, an organized lobby is working on driving away this minister at any cost," Banac said. "It is an attempt to spark conflicts within the ruling coalition and force new elections that could possibly bring the Socialists back to power."

The 2011-15 SDP-led government had introduced funding for what was named nonprofitable media - mostly small Internet news sites. The fact that Hasanbegovic does not want to spend the money on this type of media has made him a target. "About 95 percent of media expresses an extreme left-wing point of view," Banac professed. "They may have occasionally criticized the Social Democrats, but they were particularly critical of HDZ."

Markovina does not agree with this view: "These are news portals that have been initiated by journalists who lost their jobs. They have been putting out good work on the Internet. They published well-grounded criticism, which offends the religious and nationalist conservatives." Furthermore, Markovina said small-scale media companies received 600,000 euros ($670,000) in annual funding, which is very little compared with the commercial press, which receives 20 million euros a year.

Culture Minister Hasanbegovic is the second member of the new government to cause a stir so far. Less than a week after being appointment to lead Veterans' Affairs in January, Mijo Crnoja was forced to resign, thus being dubbed "the six-day-minister." Crnoja had put forth a proposal to build up a "register of traitors" against Croatia during the so-called Homeland War against Serbia between 1992 and 1995.

Crnoja's idea led to protests. Thousands of citizens voluntarily signed a satirical "traitor list." The overall protests resulted in demands for his resignation. But Crnoja ultimately stepped down for a much more mundane reason: The media had revealed multiple criminal accusations against him, most for financial reasons.

The economic changes promised by new Prime Minister Tihomir Oreskovic are not relevant to Croatia's current ideological battles. Hasanbegovic's cap has divided a nation with an overall unemployment rate of 17.5 percent and youth unemployment at 44 percent. Instead of looking to the future, Croatia is still dealing with its past.