Anniversary of Operation Storm: The crimes others committed | Europe | News and current affairs from around the continent | DW | 03.08.2015

Anniversary of Operation Storm: The crimes others committed

Twenty years ago, the Croatian army launched Operation Storm to take control of the Serbian-occupied territory in Croatia. To this day, Serbia and Croatia still disagree about what happened. 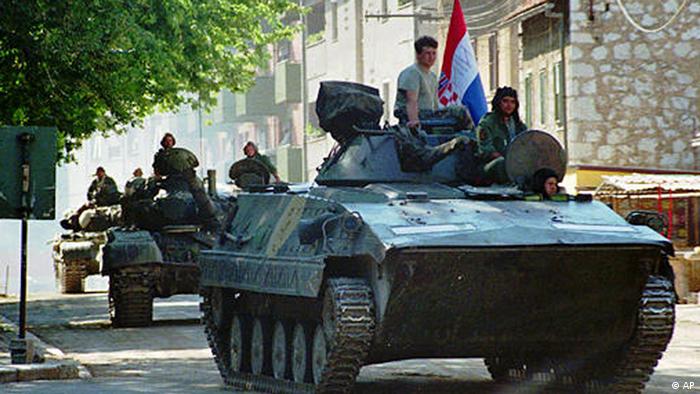 When the first shells fell on Knin, a Serb stronghold in Croatia, Savo Strbac was still in bed, but he immediately knew that the Croats had arrived. "I ran to the window. You could see countless clouds from the blasts over the city. It was like hail, huge hail particles," he recalls. The artillery fire had been "random" – a word Strbac often repeats.

Back then, he was a government member in the Serb-ruled separatist territory Republika Srpska Krajina, whose capital was Knin. Although it was never internationally recognized as a state, the de facto Serbian regime controlled about one-third of the area in modern-day Croatia during the bloody war, which tore apart the multinational, socialist state of Yugoslavia.

The flash offensive "Oluja" - the Serbo-Croatian word for storm – was to put an end to this. Back then, Zvonko Milas was an officer in the Croatian army. Now he holds a seat in parliament for HDZ (Croatian Democratic Union) and claims that there had been no artillery attacks on Knin. He says, "Not a single building was destroyed." 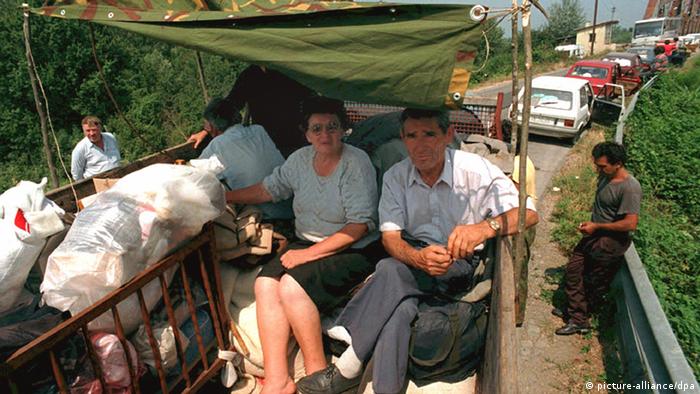 Instead, Milas prefers to talk about the Serbian crimes of 1991, especially the brutal attack on his hometown Vukovar on the Serbian border. He recalls, "I had to run away through the cornfield with my five-year-old son. After the war, I could not recognize my street in Vukovar anymore - everything was in ruins."

Operation Storm lasted nearly 84 hours. The Croatian army faced little resistance when it took control of the Serb territory. Now, Croatia celebrates the 20th anniversary of the victory with parades - one in Knin and a giant one - by the country's standards - in its capital, Zagreb.

It no longer seems to matter that "Oluja" forced 200,000 Serbs to flee from the advancing Croatian army and for the most part, never to return. Several international courts consider this to be ethnic cleansing. In Croatia today, barely anyone mentions the retaliatory attacks on those who did not flee. Various sources estimate that 700 - 2,500 Serbian civilians were killed. That is why Serbia has called for a day of mourning on Wednesday. 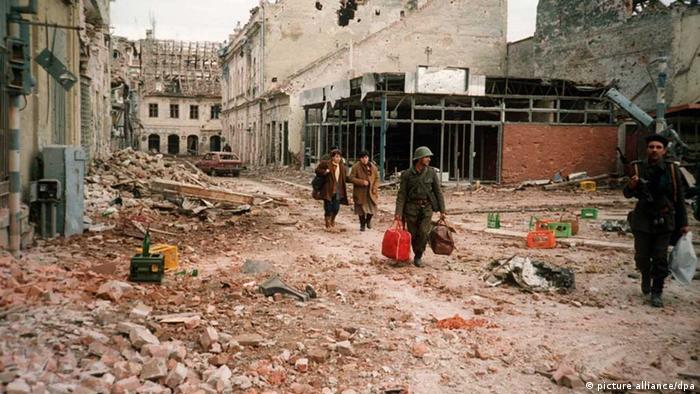 The other side of the coin is ignored

Conservative MP Milas says Croatia celebrates Victory Day in a country on which war was imposed. He agrees that war criminals must be held accountable. Yet Milas cannot explain why only one person until now has been convicted of atrocities after Operation Storm. He attributes this blemish to the separation of powers in the Republic of Croatia and says, "You know that sometimes law and justice have nothing to do with each other."

Ivica Dikic is much more critical of the situation. "Croatia should deal with the crimes against the Serb population before they organize an ostentatious, military celebration," says the editor of the Zagreb-based weekly "Novosti" for the Serb minority. "In the years after the war in Croatia, the ruling elite have constantly tried to reinforce the idea that Operation Storm was liberating," he adds. The other side of this operation was ignored, meaning the ethnic cleansing and the blatant intention of then president Franjo Tudjman to reduce the number of Serbs living in Croatia to fewer than three percent.

Dikic believes that acquittal of Croatian military commanders by the Hague Tribunal for the former Yugoslavia proves that Operation Storm was a so-called "clean" attack. But in the verdict, there was no denial that crimes had taken place. The International Court of Justice, which rejected the genocide lawsuits from Belgrade and Zagreb in February, does not reject claims that crimes were committed in the wake of Operation Storm; quite the contrary, accusations of ethnic cleansing have been confirmed. 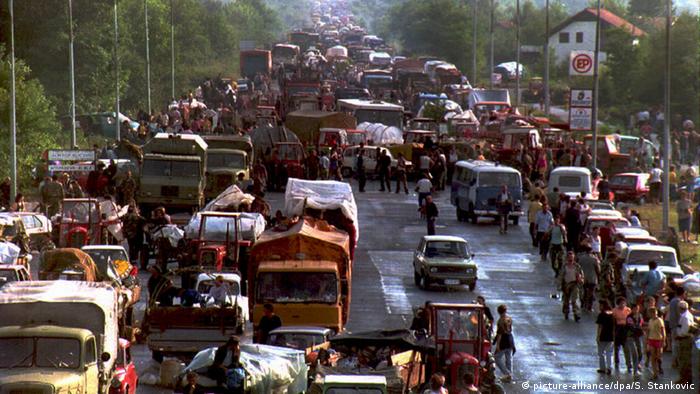 Serbia is justifiably angered about the offenders who are still at large in Croatia, says Dragan Popovic, director of the Belgrade-based Center of Applied Politics. But Serbia also conceals its part at the beginning of the war, when the Republika Srpska Krajina was established with Belgrade's direct financial and military support. "An estimated 180,000 Croats were then driven out of the Krajina - similar to the extent of the subsequent ethnic cleansing of the Serbs. Thus, Serbia has no reason to present itself as morally superior," says Popovic.

What does the former secretary of the Serbian Krajina government Strbac say? Not much. "The battles in the 20th century between Serbs and Croats were bloody and merciless. But the Serbs have always suffered more." Like the Croatian soldier Milas, Strbac talks a lot more about the trials and tribulations of his own people. Many Serbs were "ritually murdered," which should symbolically bring to mind the crimes of the Ustasha, the Croatia fascists, against Serbs during the Second World War.

So everyone has been going in circles the past two decades, maintaining their accusations against each other and thus, making a genuine reconciliation difficult. Croatia and Serbia still have other unresolved issues with each other - from the fate of missing people, to the controversial border along the Danube river. "All the politicians in the region – be they left or right-wing - like to play the nationalist card," says Popovic. He fears that without honest introspection about the war crimes on both sides, the shadow of the war will never fade.

The UN's highest court has dismissed mutual allegations of genocide by Serbia and Croatia. The two countries had accused each other of ethnic cleansing during the Balkan conflict from 1991-1995. (03.02.2015)

A ceremony to mark 20 years since the Srebrenica massacre has ended in turmoil after Serbian PM Vucic was chased away by a stone-throwing crowd. Earlier, he fiercely condemned the mass killing. (11.07.2015)

Switzerland has said it will extradite the former commander of the mainly Muslim Bosnian government forces in Srebrenica to Bosnia. The case has raised tensions between Sarajevo and Belgrade. (25.06.2015)