Two Chinese fighter jets have flown close to a US Navy reconnaissance plane in international airspace over the South China Sea. The incident is another sign that tensions between the Pentagon and Beijing run high. 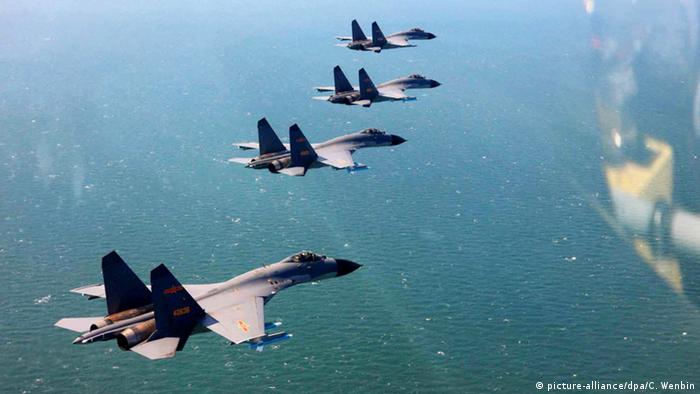 The two Chinese J-11 fighters reportedly flew out to intercept the US EP-3 Aries aircraft and came so close they forced the pilot to descend a couple of hundred feet (about 60 meters) to avoid a collision, a US military official said.

"The Department of Defense is reviewing a May 17 intercept of a US maritime patrol reconnaissance aircraft by two tactical aircraft from the People's Republic of China," Pentagon spokesman Major Jamie Davis said in a statement. The Pentagon said the incident was being reviewed.

Although in recent months Washington has accused Beijing of militarizing the South China Sea after creating artificial islands and Beijing, in turn, has criticized increased US naval exercises in Asia. 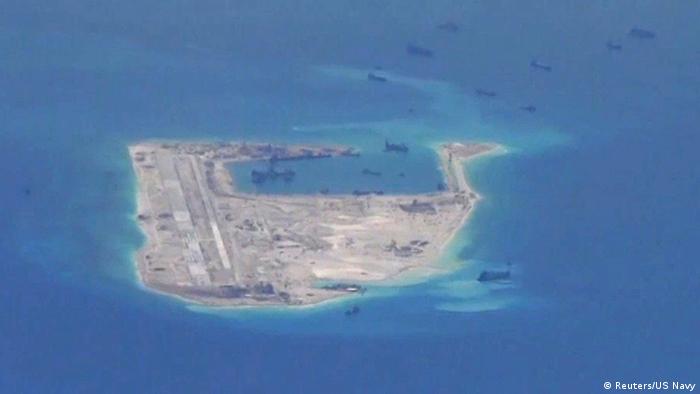 The US surveillance plane was conducting routine operations in the northern part of the sea, south of Hong Kong.

The US military has conducted several "freedom of navigation" operations, in which planes or ships pass within a 12-nautical-mile buffer around the Chinese installations.

China has accused the United States of stoking tensions in the South China Sea after B-52 bombers flew within two nautical miles of an artificial island. The incident is the latest in a brewing dispute over the waters. (19.12.2015)

The Pentagon says two US B-52 bombers that flew close to islands in the South China Sea were given warnings from a Chinese air traffic controller. The incident comes as US President Obama prepares to visit the region. (13.11.2015)