Blues-rock band ZZ Top's bassist, Dusty Hill, has died at the age of 72. His surviving bandmates said he died in his sleep at his home in Houston. 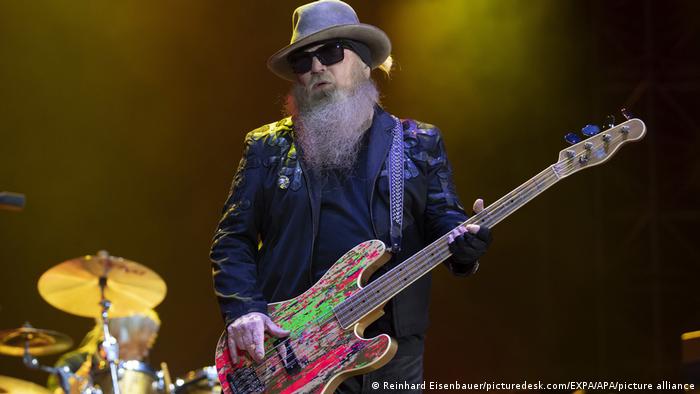 Dusty Hill was with ZZ Top for over five decades

Dusty Hill, the bassist for blues-rock band ZZ Top, died in his sleep on Wednesday at the age of 72.

"We are saddened by the news today that our Compadre, Dusty Hill, has passed away in his sleep at home in Houston," his bandmates Billy Gibbons and Frank Beard said in a post on Facebook.

"We will forever be connected to that 'Blues Shuffle in C.'  You will be missed greatly, amigo," the post read.

The long-bearded bassist was born Joe Michael Hill in Dallas, Texas. He joined ZZ Top shortly after it was formed in 1969 and was with the band for over five decades.

Their debut release, ZZ Top's First Album,' came out in 1970 and the band broke through commercially three years later with the song "La Grange.''

The million-selling band has since become known for a string of popular hits such as "Legs'' and "Gimme All Your Lovin'."

The band's look — with the trio wearing dark sunglasses, Stetson hats and Hill and Gibbons sporting wispy beards — became distinctive in the 1980s.

In 2004, ZZ Top was inducted into the Rock & Roll Hall of Fame, introduced by Rolling Stones guitarist Keith Richards.

While details about the cause of Hill's death were not immediately clear, a post on the band's website from July 21 said Hill was "on a short detour back to Texas, to address a hip issue.''