Zwanziger: Politicians ′need to get involved′ in Qatar | World | Breaking news and perspectives from around the globe | DW | 15.02.2014

Zwanziger: Politicians 'need to get involved' in Qatar 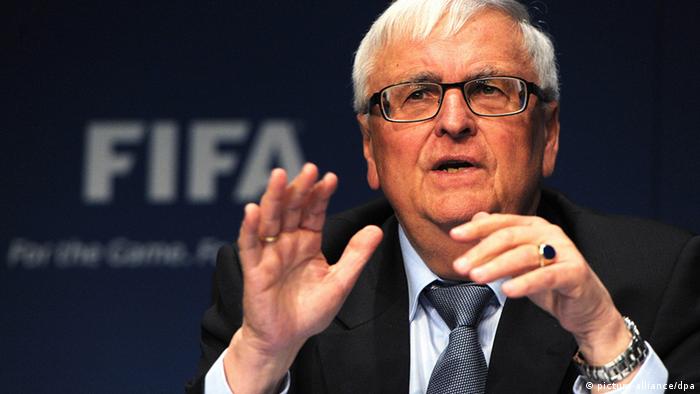 DW: The 2022 FIFA World Cup is set to take place in Qatar. What have you heard from the Qatari authorities with regard to improving working conditions in the country?

Theo Zwanziger: Our contact there is the Supreme Committee - the body responsible for the World Cup tournament. We have received statements that labor laws will be changed and that auditors will be given more responsibility. This is being done together with the International Labor Organization.

There are agreements that the inspectors who assess working conditions will receive more thorough training. There are also plans to monitor financial transactions more closely and set up legal counsels for improving the currently totally unacceptable conditions for guest workers.

You have personally criticized the permission for Qatar to host the World Cup as "one of the most blatant mistakes in the history of sport." How hard is it for you to accept this decision now?

I am still critical of this decision. Along with the Summer Olympic Games, the FIFA World Cup is the world's biggest sporting event. Qatar is half the size of [the German state of] Hesse. I believe that Qatar doesn't have the capacity to conduct a World Cup tournament according to our expectations. In addition to that, there are the weather challenges of the Qatari summer. Those were my criticisms.

Now we need to use the World Cup as an opportunity to improve the conditions for workers - not only in Qatar but also in several other countries. If it weren't for the World Cup, hardly anybody would take an interest in the workers and the unacceptable conditions they live in. There is always construction work going in Qatar - the World Cup is helping to put pressure on the country at the moment.

Aside from all that, there is still the question whether the 2022 World Cup will remain in Qatar's hands following a reassessment after the World Cup in Brazil. And then it needs to be decided when exactly the event will take place: the dates are still uncertain because the summer conditions are being taken into consideration. 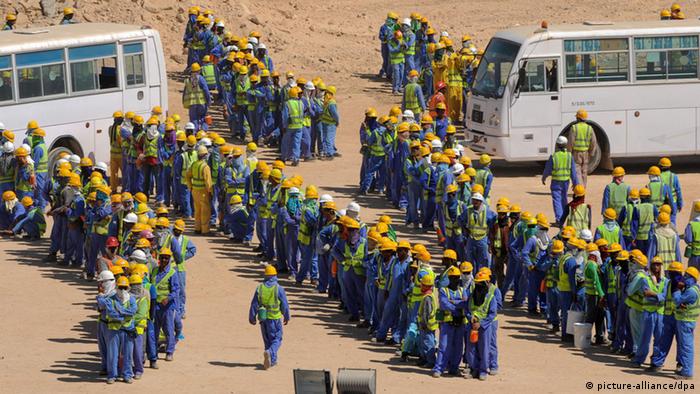 Qatar is notorious for the exploitation of migrant workers

How much influence does FIFA have on political decisions in Qatar - for example when it comes to abolishing the "kafala" system, which gives the employer immense control over the worker?

FIFA President Sepp Blatter wants to ensure that the local conditions improve - he has spoken to the Emir of Qatar. But we also expect involvement from politicians. European countries and the EU can't just stand on the sidelines and let FIFA carry all the responsibility. There are strong economic connections between Qatar and some European countries and companies. As a footballer, I expect some support for the championship's players - and here's where the dialogue between political institutions and Qatar is needed. What is more important: economic relations or human rights? This is a very relevant discussion.

Does FIFA feel forsaken by politicians?

I wouldn't say that - we have a good relationship with the political arena. But only when we take on responsibility can we expect the same from other stakeholders in this terrible game. There are also German companies operating in Qatar - I expect some clear statements from them regarding the current system.

The local football clubs should also get involved, and especially the politicians. The emir travels through Europe - a serious conversation about human rights is necessary for all those who deem them to be important. 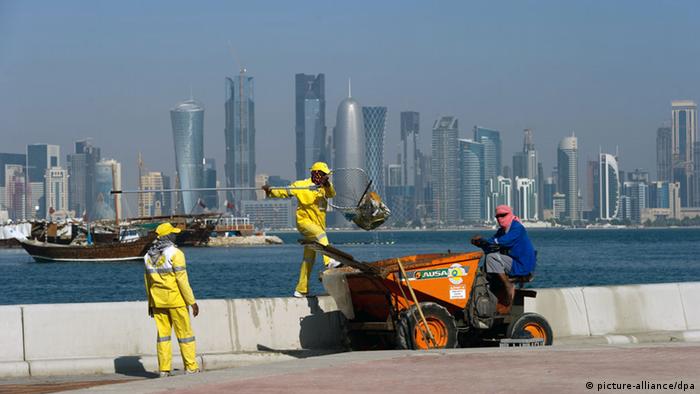 Many foreigners are employed as construction workers in Qatar

Which high-ranking FIFA members have you personally spoken to about the human rights situation in Qatar? What reactions have you encountered?

The FIFA Executive Committee discussed the topic at length in October, before the European Parliament's resolution was issued. Naturally, there are many different views on the matter within the organization. Some say, "We organize the competition, but the question of human rights is something for human rights organizations and national governments to deal with." But, thanks to the support provided by the FIFA president, many are also saying, "When we do something like this, we should take a look at the big picture."

FIFA has a clear code of ethics - we adamantly oppose discrimination and degrading behavior, and we support freedom. This is why we cannot act like all this has nothing to do with us. When traveling through Qatar we shouldn't just be looking at the buildings constructed for the World Cup - we should also notice other things and put them into context. But in order to change things, we need the support of the whole society. Politicians and business representatives are particularly important here.

What conclusions from this debate is FIFA applying to the decision on who will host the 2026 FIFA World Cup?

This is quite a hot topic. There is more awareness in large sports associations that one needs to consider more than just the classic questions when deciding what country to grant the World Cup to. FIFA will initiate this discussion after the World Cup in Brazil. We need minimum standards with regards to the rule of law, freedom of the press and opinion, adequate living standards and eliminating discrimination. These points need to be clearly defined in the contract - that's my position. This isn't being discussed yet, but the FIFA president supports this stance.

The question of possible sanctions is becoming very heated. A large event like this cannot be canceled one or two years in advance. That can only happen about five years out. Once it's about to happen, there's nothing you can change. This is why we need sanctions whose impact can be really felt.

Qatar has come under scrutiny over the deaths of foreign laborers on projects linked to the 2022 FIFA World Cup. But analyst Nandita Baruah says much more is needed for the working conditions of migrants to improve. (11.10.2013)