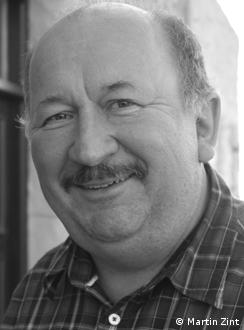 Martin Zint is a journalist who has been specializing in West Africa and the topic of media in conflict management since 1995. He has worked for Deutsche Welle, the German public broadcasting company ARD, the German daily nationwide newspapers Frankfurter Rundschau and taz, and as a media educator. In 1994, he co-founded RadaR – Radio Darmstadt, the first community radio station in the German state of Hesse. Zint is also the chair of the German chapter of the Peace and Conflict Journalism Network PECOJON. Currently he is in charge of communication with the World Community Peace Service (www.wfd.de)

Workshop: Commodities and Foreign Investors - Protecting the Rights of Communities and Preventing Conflict (the Chad Example)