Things must not 'go back to normal' after this week's events in Harare, says ZAPU opposition party leader Dumiso Dabengwa. DW correspondent Victoria Schneider spoke to the former interior minister in Johannesburg. 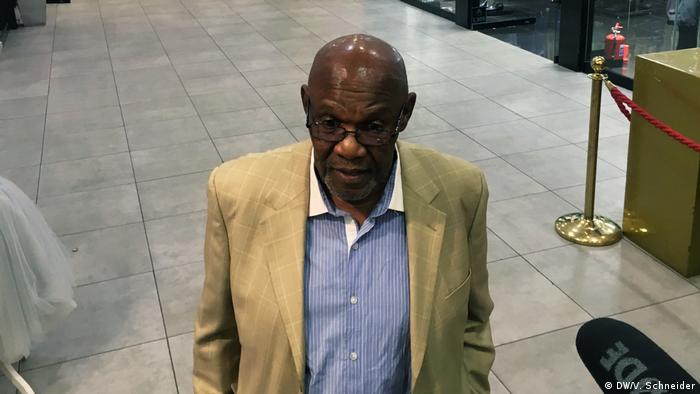 Deutsche Welle: Mr. Dabengwa, where are we at right now in Zimbabwe?

Dumiso Dabengwa: Firstly, I am disappointed that Robert Mugabe was at a graduation ceremony today. That means the army has removed him from house arrest and he is back as head of state.

The [African Union leaders] will invite him and let him defend himself. They have already come out and said clearly that what the army did was a coup. He is going to come back and charge them with a treason trial. And the AU will be happy with that and say justice has been carried out.

Read more of DW's coverage of the Zimbabwe crisis:

Opinion: Mugabe era is over, old regime is not

How a decade of economic woe has fueled Zimabwe's unrest

Would you still speak of a coup?

I don't believe it was a coup.

Are you saying that what happened during the last week has made no change?

I am saying he is going to consider it a coup, with the strength and the support of the other heads of state.

You have been here in Johannesburg since Sunday, November 12. What have you been doing?

I came to discuss my foundation and how I should proceed to have my legacy of nation established and then these developments came along. And colleagues asked: 'please can you attend to this situation and tell our friends in the neighboring streets what happened, and people should stop referring to it as a coup.'

Are you going back to Zimbabwe?

Yes, I am going back.

I am going as the leader of my party, ZAPU.

What can we expect now?

Let's go back a bit. Why did this happen? What is going wrong and what needs to change?

There are elections scheduled for next year. So if everything is going back to normal, do you think change will come with the elections?

Let's see if it goes back to normal.

What role are you going to play in all this?

My own take is that we must never allow the situation to go back to normal. Mugabe must just vacate that position.

What about the talk about you becoming vice president if there is a new government?

Dumiso Dabengwa is the leader of the Zimbabwean opposition party Zimbabwean African People's Union (ZAPU). He served as a Minister for Home Affairs under Mugabe from 1992 to 2000.