48 opposition lawmakers suspended for boycotting a speech by President Edgar Lungu say they will challenge the ruling in court. But analysts argue that there is dwindling confidence in Zambia's judicial system. 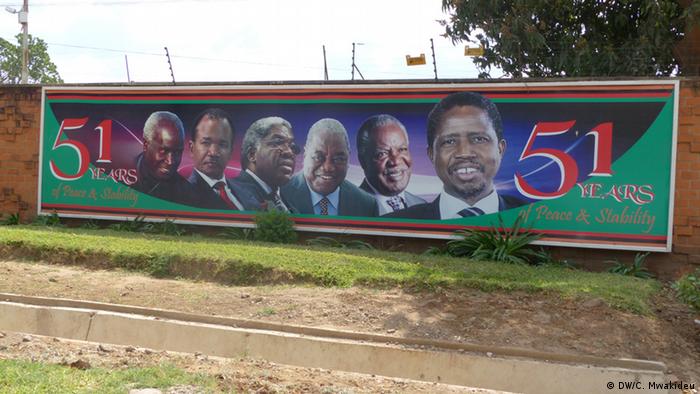 Upon issuing his 30-day suspension, Zambia's parliamentary speaker Patrick Matibini challenged the 48 members of parliament from the United Party for National Development (UPND) to resign on moral grounds if they continue to question the legitimacy of President Lungu's government.

In March, UPND lawmakers boycotted the president's state of the nation address saying they do not recognize a leader whose victory has been challenged in court. On Tuesday, speaker Matibini said he had suspended the 48 parliamentarians for their "irrational and morally unjustified behavior," according to state broadcaster, ZNBC.

"There is no law currently in place that compels or mandates members of parliament to be in the house at the point when the presidential speech is being delivered," Macdonald Chipenzi, a Zambian political analyst told DW. He said by suspending the UPND lawmakers, the speaker had abused his authority. 10 other UPND lawmakers were spared as they had apologized in advance for not attending.

"This is a decision meant to appease the appointing authority," Chipenzi said. Zambia's constitution states that the speaker and the deputy shall be nominated by a political party. 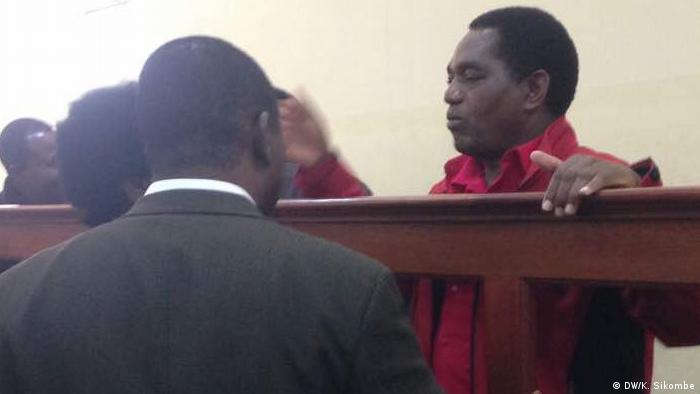 The current speaker was appointed by the ruling Patriotic Front (PF) party. "Parliament is the people's house and nobody is coerced to listen to the president's speech," Lee Habasonda, head of Transparency International in Zambia, told DW in an interview. Habasonda, however, said that traditionally, members of parliament were usually present when the president is addressing parliament.

Much of Zambia's political turmoil emanates from the 2016 disputed presidential election. UPND leader Hakainde Hichilema, who is currently in detention for treason charges, narrowly lost to President Lungu. Hichilema has been charged with treason after he allegedly blocked the presidential motorcade, thereby endangering the life of President Lungu. 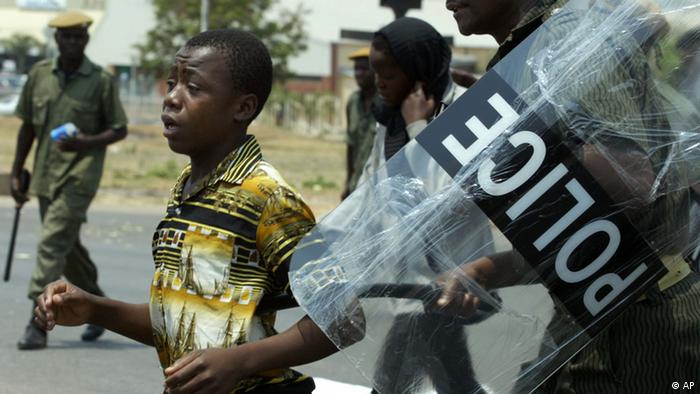 Zambian police have been criticized for clamping down on opposition supporters

Hichelema, popularly known as HH, refused to concede defeat and unsuccessfully challenged the election results in court. Political scientist Chipenzi said there was little hope that the suspended lawmakers will get a fair ruling.

"Right now in Zambia, if you get justice, it's a very big surprise to everybody," Chipenzi said. He said Zambians are becoming accustomed to injustice being meted out by the courts or misinterpretation of the constitution.  "Of course not every judge is compromised but the majority of them are," Chipenzi added.

According to him, the policy of using political parties to appoint judges is what has led to some of them being biased. "One can't rule out members of parties being appointed as judges."

Zambia was once regarded as one of Africa's beacons of democracy, but rights groups have warned that the current government is using force and intimidation to silence the opposition.

"The increase in the breakdown of the rule of law, the way the police officers will handle you when you have offended the system or broken the law, is no longer orderly," Habasonda said. He noted that this was one reason why Zambia's democracy level is going down. "People are afraid to speak, people are afraid to assemble, people are afraid of the state at every corner." 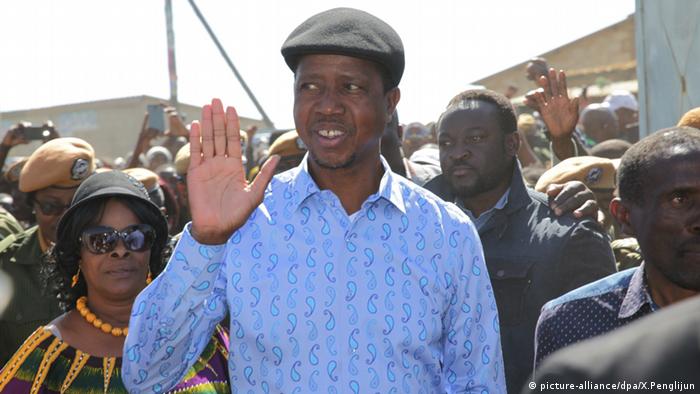 For Chipenzi, the incarceration of HH has exposed the weaknesses in Zambia's governance and democratic institutions. "Good governance in Zambia is far-fetched, democracy is no longer safe and no longer being practiced in Zambia, the constitutionalism is no longer respected," Chipenzi said.

"When HH was incarcerated in a prison in the capital Lusaka, he was granted a court order allowing him to see his lawyers, doctors, relatives and friends; the police, which is part of the executive arm of the government, decided to overlook that court order and took him to another prison which is far away from his supporters," said Chipenzi. This, he added, shows clearly that the separation of power has also broken down.

A Lusaka magistrate has acquitted Zambia’s main opposition leader Hakainde Hichilema on the charge of use of insulting language towards law enforcement officers. Hichilema remains in custody facing treason charges. (16.05.2017)