Zambians flocked to the polls to cast their ballots in presidential, national and local elections. Voters told DW polling had taken less time than they feared, but officials were warning of social media rumors. 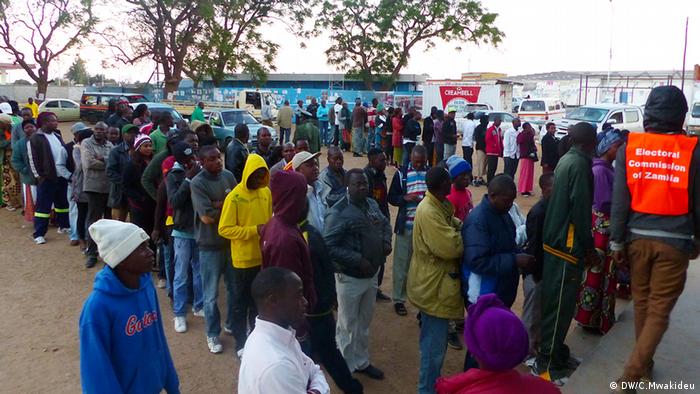 After casting their votes across Zambia on Thursday, millions of voters and the entire nation are now waiting to hear who will be the country's next president.

The August 11 election was a tight contest between the ruling Patriotic Front (PF) and the opposition United Party for National Development (UPND).

The Electoral Commission of Zambia (ECZ) promised to deliver the results within 48 hours after the close of polling. While addressing the press at the Mulungushi International Conference Center where vote tallying and eventually the results will be announced, Priscilla Isaac, the Director of ECZ, warned that voters risked prosecution if they posted pictures of their marked ballot papers on social media.

She also warned that reports, allegedly circulating on social media, saying that voting would be extended were completely false. August 11 was the only day which had been assigned for voting by the commission. However, she commended Zambians for coming out to vote in large numbers and in a peaceful atmosphere. 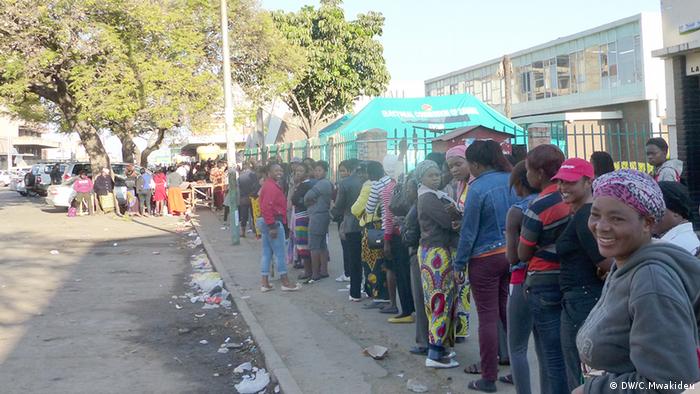 The Electoral Commission of Zambia has promised results within 48 hours

There was confusion at the Kabulongo Boys Secondary School polling station where opposition candidate for the United Party for National Development (UPND) Hakainde Hichilema cast his vote.

He told DW that he plans to lodge a complaint with ECZ after some of his party election monitors reportedly discovered an official working for ECZ who was allegedly a cadre from the ruling Patriotic Front. “We have told the returning officer to remove that individual because he is a biased individual,” Hichilema said. He added that such an incident did not help deliver a free, fair and transparent election.

There were also frustrations amongst some voters at Kabulongo polling station who had to endure several hours waiting in a queue only to be told that they were in the wrong line.

But there were no reported incidents of violence and some of the election monitors gave DW to understand that the voting exercise had gone smoothly. Most of the observers were scheduled to issue a statement on the election's credibility on Saturday.

President Edgar Lungu, who is facing a stiff challenge from Hichilema, cast his vote in Chawama where he was accompanied by his PF supporters. In the 2015 election, Lungu defeated Hichilema by nearly 28,000 votes. 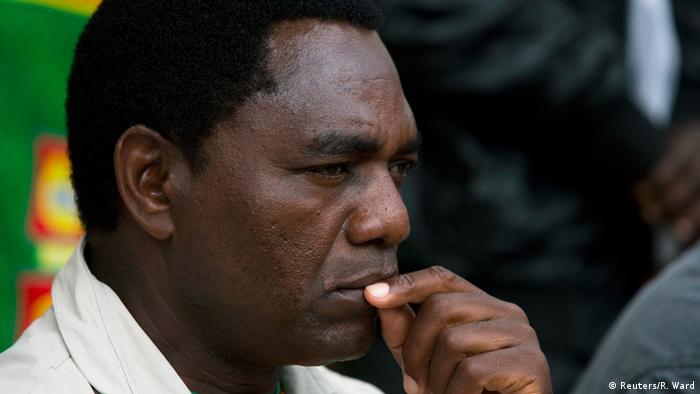 Hakainde Hichilema was narrowly defeated at the last election in 2015

Young, newly-registered voters turned out in huge numbers to cast their votes. Analysts say the youth vote is crucial if the two main contenders are to avoid a run-off.

Chala Astons who was waiting to vote at the Lusaka Library polling center in the central business district told DW he was hoping for a peaceful vote. “The police presence also shows that the security that the police department promised is in full swing,” Astons said.

Another voter Patience Komeno said she was impressed that the voting had gone more smoothly and faster than she expected. “We thought since we are voting for so many things it may take some time but it's okay,” Komeno said.

She was referring to the fact that Zambians are for the first time voting for a president, vice president, mayors, councilors and in a referendum, which may or may not alter the constitution, on one single day.

Jackson Musoka, who was also waiting in line to vote, said he was optimistic that there would be no clashes but added that the government should have spent more time on educating people about the referendum. “Some people are blank on the referendum, if you are to ask 10 people from here (the queue), people don't know what referendum is,” Musoka said. The referendum allows voters to accept or reject an amended bill of rights. 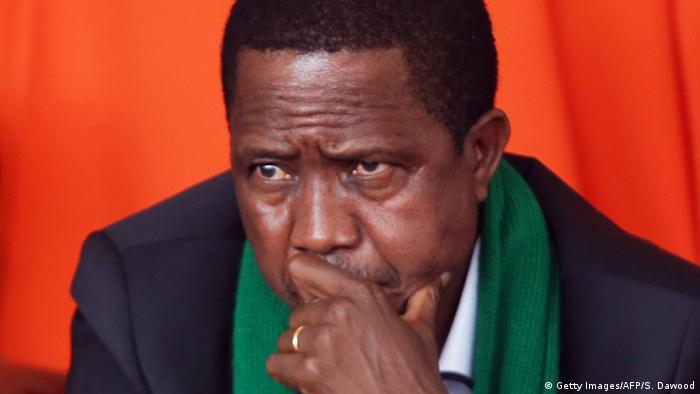 This year's election in Zambia stirred emotions between supporters of the ruling Patriotic Front (PF) party of President Edgar Lungu and those of the United Party for National Development (UPND) led by Hakainde Hichilema, popularly known as HH.

Supporters of both camps clashed on several occasions. During the campaigns, one UPND supporter was killed by police but unconfirmed reports put the death toll in election related-violence across the country at three. The two parties accused each other of being behind the unrest.

Zambia votes amid concerns over violence

Voters in Zambia are casting their ballot in a tightly contested presidential race. The Electoral Commission of Zambia, religious leaders and security chiefs have urged for calm during and after the vote. (11.08.2016)

Lungu and Hichilema face off for Zambia presidency

Voters are picking a president and legislators in Zambia. Incumbent Edgar Lungu and his main rival, Hakainde Hichilema, both say they are confident of outright victory under new rules that require a majority. (11.08.2016)