Social media users in Ghana are joining together under the hashtag #FixTheCountry to put pressure on the government. The movement has left cyberspace and taken to the streets. 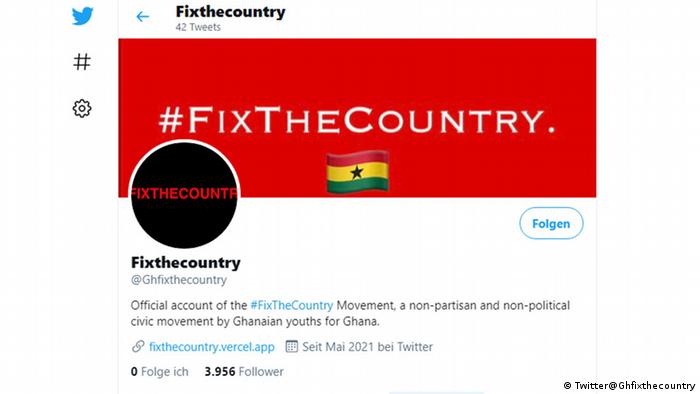 The protest movement has a demonstration planned for Wednesday

In May 2021, the hashtag #FixTheCountry and some variations were created on social media by young Ghanaians calling for social and economic reform. The campaign quickly went viral, as thousands joined the protest movement, which also took aim at the government, perceived as having done a bad job.

How did protests leave cyberspace and take to the streets?

The people behind the hashtag — who say they are nonpolitical — called for a street protest on May 9. They were unable to demonstrate, after police obtained an injunction against them, allegedly for safety reasons amid the COVID pandemic.

On July 6, banners with the hashtag were spotted at an anti-government demonstration in Accra which had been called by the opposition National Democratic Congress (NDC). Members of the movement joined demands for justice for two people shot dead by police in the southern Ashanti region. They had been protesting against the fatal beating of youth activist Ibrahim "Kaaka" Mohammed on June 29.

The first demonstration organized by the group is set to take place on Wednesday, August 4.

Ernesto Yeboah from the activist group Economic Fighters League told DW that the present movement grew from a general feeling among the youth of not being heard by those in charge of the country.

"We are hungry," Yeboah said. "Things are bad. Things are difficult. Life is tough. And it doesn't make the headlines."

Ghana is often praised as a stable democracyin volatile West Africa. Presidential elections in December 2020 were considered free and fair by all observers. But the vote stoked political tensions. President Nana Akufo-Addo won a second term, but gained only a small majority in parliament. 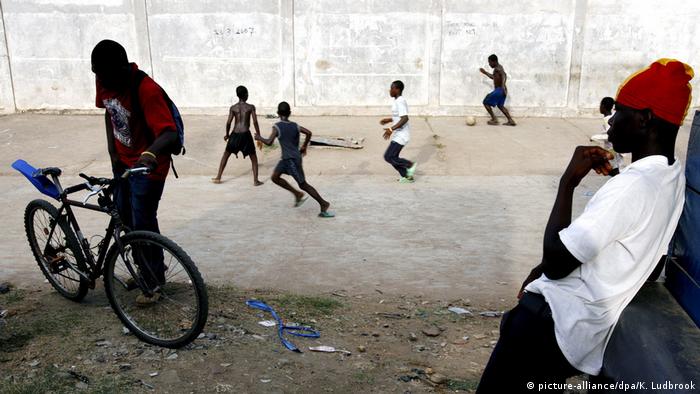 Young Ghanaians are increasingly frustrated by a lack of opportunities

Burdened with growing public debt and revenues hit hard by the pandemic, the government has introduced new taxes. An increase in the price of fuel has hiked the cost of some essential goods and services.

Why are the young angry?

While the Ghanaian economy grew steadily in the past two decades, job creation lagged, according to a study by the Brookings Institute.

More than half of Ghana's population of 31 million are under 25. Many cannot afford to go to university. A third of young people neither have a job nor professional training, according to the World Bank. The level of frustration among them increased in step with hardships brought on by the pandemic.