Young people are shaping the discussion in Davos | Business | Economy and finance news from a German perspective | DW | 22.01.2020

Eleven thousand young people are, so far, involved in a network founded by the World Economic Forum as 'Global Shapers.' This year 52 of them have been invited and are making themselves heard in Davos. 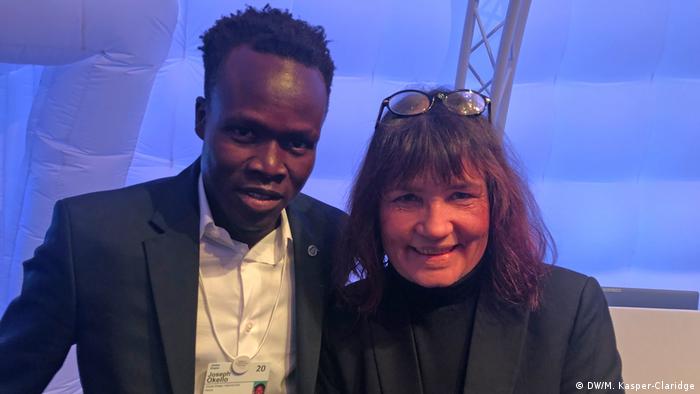 Suddenly he cries and my conversation with Joseph Okello is interrupted again and again because the memories overwhelm him. I am meeting the young man in Davos at the World Economic Forum (WEF). We are sitting in a plastic cube that has been placed on an ice rink. Okello is wearing a thick jacket that he received as a present. He can hardly believe that he is now in Switzerland. The contrast to his real life is just too great.

Joseph Okello lives in the Kakuma refugee camp in northern Kenya. It was set up in 1992 for youth and teenage refugees from South Sudan and today over 100,000 people live there. Residents may only leave the camp with a special permit. "There is a lot of hopelessness," says Okello quietly, "we are a generation raised in the camp."

His mother sent him to Kenya with an aunt after his father had beaten him half to death. The boy was four years old at the time and remained alone in the camp. "It was really hard," he says, and no longer knows exactly how he got through it. He worked, dragged stones, and always found support in the camp. His only possession was a pair of shorts that he wore throughout the whole year.

For a long time, Okello didn't even know his family name and had no contact with his family at all. It was only many years later, when he was a teenager, that his identity was clarified. Then he received a message from his mother and could hardly believe it. "We stayed together for three weeks," he says, his eyes shining. But just four months after this meeting, his mother died and Joseph Okello was alone again. 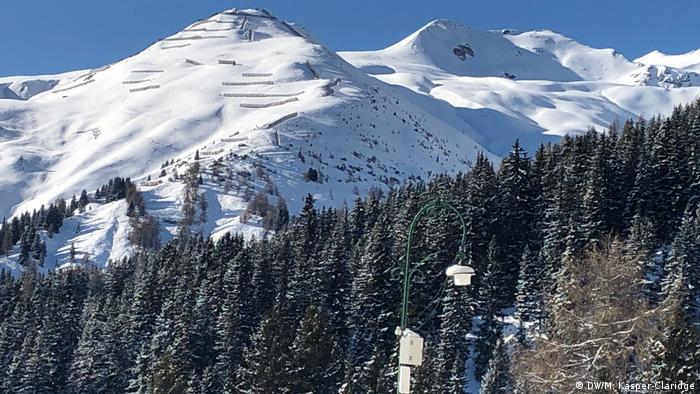 The World Economic Forum is underway until Wednesday in Davos, Switzerland

Meeting with the UN Commissioner for Refugees

Now he is here in Davos as part of the "Global Shapers." This worldwide network of young people was initiated by the World Economic Forum and is being expanded. Hubs already exist in 155 countries in which young people can get involved locally. Three new ones have just been created — one each in Armenia, Algeria and Colombia. Overall they include over 11,000 young people around the world, including Okello.

In Kakuma, he is involved in the Global Shaper hub with other refugees. They produce a newspaper, photos and films. Because of his special commitment, he was invited to Davos. His unresolved residency status was a problem, but the WEF finally managed to get a visa for him that allowed his entry into Switzerland.

Okello will meet the UN Commissioner for Refugees and sit on some discussion panels with business leaders and government officials. He wants to ask a lot of questions and he also wants answers, just like the other 52 Global Shapers participating at this year's WEF. 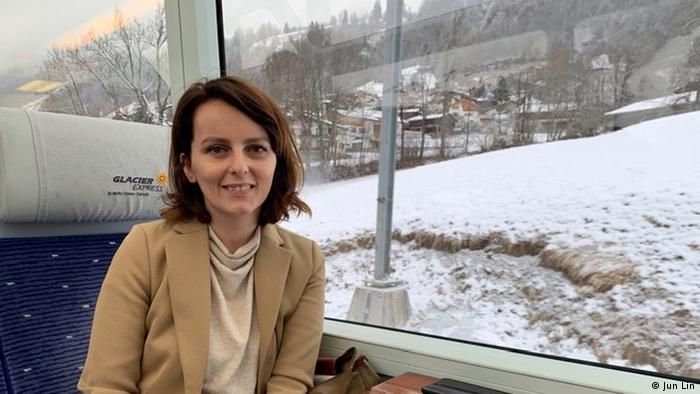 Nita Shala heads the hub in Tirana, Albania. The young lawyer studied at Oxford and other elite universities and was awarded a doctorate in Geneva.

In Tirana, she teaches at the university. "A lot of young people don't have role models to look up to," she emphasizes and tells of the frustration of many young people in Albania. Unemployment is high and many people want to leave the country. But Shala doesn't. She describes herself as a "returnee to the western Balkans."

She wants to work on the further development of Albania, advises the attorney general in the fight against corruption and is involved with other young people on the ground. The "shapers" in Tirana have just ensured that regular eye tests for children are carried out in schools. So far 5,000 children have been examined; 800 of them needed glasses.

The project is to be expanded. "We have formed a partnership with the French company Essilor," says Shala proudly. "They provide the glasses for free." At the World Economic Forum, she wants to draw attention to the situation in the Balkans. "I still have a long way to go," she says and is happy that she can represent the voice of youth in the Balkans in Davos.

Despite a moderate pickup in growth, the International Monetary Fund has said uncertainty in US-China trade tensions, along with sluggish growth in India, will put a drag on the global economy in 2020. (21.01.2020)