With Germany's Jewish community growing steadily in recent years, young Jews are becoming more active. Their goal: to be considered a normal part of society. 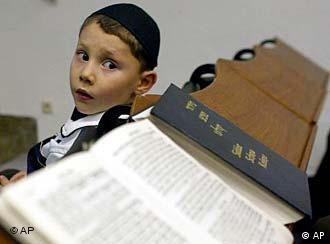 The next generation of Jews doesn't want to be treated differently

To be a Jew in Germany in recent history meant belonging to one of the country's smallest minorities.

The community shrunk drastically from its pre-Holocaust number of 500,000 to the few thousand that stayed on after the World War II or came back. But German reunification, and generous immigration laws that granted citizenship to Russian Jews, have swelled the community to more than 120,000 nowadays.

With the change in numbers has come a massive shift within the Jewish community from one that was western European to one in which the dominant language is Russian. But a new generation of Jews is more fixated on looking outward and changing perceptions.

"I want to get rid of this feeling that when it's about my religion everyone always thinks, 'Oh, you're a Jew,' and then immediately has the feeling that they're stepping on eggshells and need to be very careful about what they say," said Katharina Goos, a 29-year-old political science student, who converted to Judaism two years ago.

In addition to cooking kosher and observing all of the Jewish holidays, Goos has also gotten involved in the Jewish Student Association in Berlin. The association allows Goos, who is careful to include both Jews and non-Jews in her circle of friends, to take some of the mystique away from being Jewish.

"We can open ourselves up to non-Jews and say 'Look at us, we're not bad' -- and then we can enlighten a few people," she said. 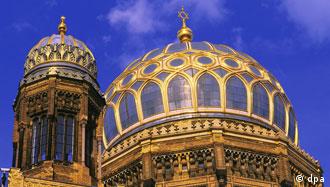 The New Synagogue in Berlin, where the Jewish community numbers more than 13,000

The transition from a community that has occupied a special, if somewhat fragile, place in German society to just another religious group is a difficult one to make.

But as the generation of witnesses the atrocities against Jews leading up to World War II and to the Holocaust passes, young Jews like Goos see a normalization of their community's image as the way forward in a country struggling to break free of its past.

Germany a good place to live

"I hope that people understand that Judaism is not limited to sadness and that we have a flourishing Jewish community in Germany nowadays, the fastest-growing community in Europe, and we're a happy people," said Daniel Iranyi, 25.

The legal assistant moved to Germany from Israel with his parents when he was two.

"I love Berlin," he said. "I like Germany despite all of its weaknesses. It's still a good place to live, especially as a Jew -- even if some would disagree. I see myself as a European with Jewish background, or as a European Jew."

As part of the "Einstein Year", which marks both Monday's 50th anniversary of the death of the physicist and the 100th jubilee of the relativity theory, enthusiasts can trace the path of the genius across Germany. (April 18, 2005)

Hundreds of Nazi concentration camp survivors from around the world marked the 60th anniversary of their liberation over the weekend as they mourned the millions who lost their lives. (April 17, 2005)