Jews have been living in Germany for 1700 years. What is affecting young Jewish creatives nowadays? How do they deal with the trauma of the Shoah? What does homeland mean? How do they define themselves - culturally and creatively? Four voices - one talk.

How are young Jews in Germany creating their own foundation in 2021, eight decades after the generational trauma and upheaval caused by the Shoah? Are these foundations stable, or are they being eroded by old and new forms of anti-Semitism? New beginnings might mean proudly flying the flag now more than ever! Or are some questioning whether they can remain in Germany and Europe?

In this DW-Talk at the Jewish Museum Berlin, director Hetty Berg is joined by internationally-acclaimed author Deborah Feldman, German-Russian writer Dmitrij Kapitelman, and Israeli soprano and author Shai Terry. Together, they discuss what is driving the so-called Third Generation, the grandchildren of Holocaust survivors, who now reside in Germany. 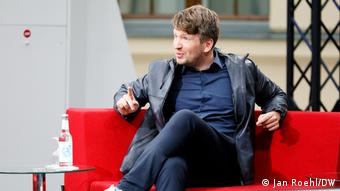 "I am a German, Jewish, Russian writer—that's what I have to offer. I am comfortable with that," says Dmitrij Kapitelman. He moved from Ukraine to Germany when he was eight years old, and neo-Nazis made life very difficult for him during his youth. He feels connected to Germany, but rejects any form of pigeon-holing or ethnic stereotyping. "I want to be open to many different things and cultures. That’s my life philosophy.” 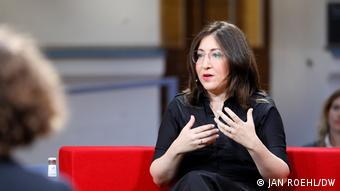 For Deborah Feldman, who came from a strict Orthodox Jewish community in New York, Jewish life began first with rigid rules and laws. She entered into a traditional marriage before fleeing to Berlin in 2014. Her autobiographical novel, "Unorthodox” became an international bestseller and was adapted to film in 2020. It is a story about the liberation of a woman fighting on two fronts. 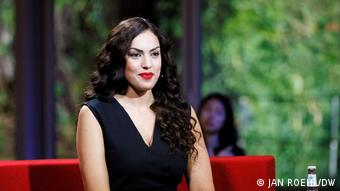 Shai Terry moved to Germany from Israel three years ago. She knew that her career opportunities would be limited in Israel, so she moved to Mainz to study singing. "We boys don’t think so much about the past,” she says. She sees a great interest in Jewish customs, religious beliefs, and traditions among her non-Jewish friends. 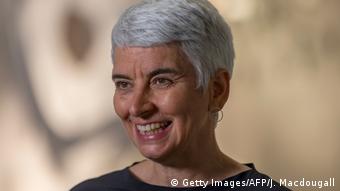 Hetty Berg attempts to build bridges and broaden perspectives. The theater scholar and art historian was born in The Hague and went on to become the chief curator of the Jewish Cultural Quarter in Amsterdam. In 2020, she took over as director of the Jewish Museum Berlin. She feels that Jewish life in Germany is not as obviously visible as it is in the Netherlands. For the museum director, that makes it all the more important to showcase the diversity and polyphony of Jewish life in Germany, along with the richness of a culture that remains part of German society.

The DW-Talk at the Jewish Museum Berlin is moderated by Karin Helmstaedt.

What is affecting young Jewish creatives nowadays? How do they deal with the trauma of the Shoah? What does homeland mean? How do they define themselves - culturally and creatively? Four voices - one talk.