'You can't use an ocean to decimation'

Scientist Karen Wiltshire from Germany’s AWI Institute is the new chair of the global Partnership for Observation of the Global Oceans (POGO). She tells DW that science should be more involved in marine protected areas. 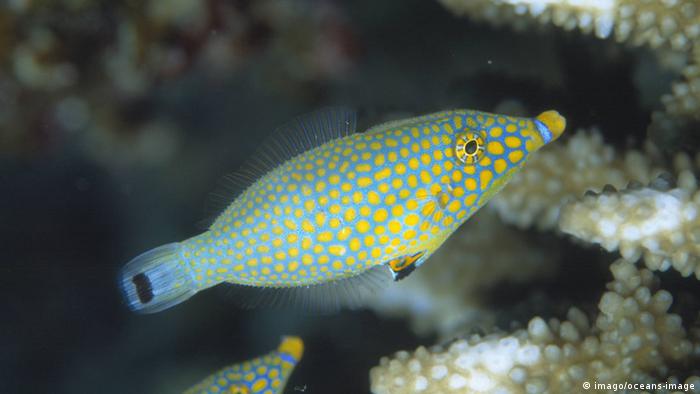 DW: What exactly is POGO?

Karen Wiltshire: POGO is one of the oldest international organizations set up for partners interested in observing the world's oceans. It includes Germany's Alfred Wegener Institute, Woods Hole, Scripps and organizations from Russia, China and all over the world. We just had a very interesting meeting in Tenerife, coordinating the world's interests in oceanography, including how to monitor marine protected areas.

What are the biggest challenges facing marine research in the coming years?

The biggest challenge is how to manage the oceans given that most of the world's population will be using and living next to an ocean in the next 50 years or so. We have to use our oceans in a sustainable manner, and that means first that you have to observe them properly. You can't just use an ocean to decimation, without realizing what you're doing. The challenge for us is to develop capacity and knowledge and establish where we should be observing our oceans. 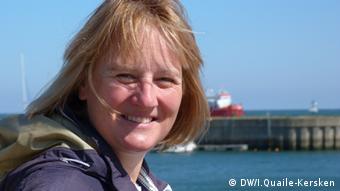 Irish scientist Wiltshire is at home by the North Sea.

If you think in terms of climate change or fisheries, these are big issues. If you're monitoring the oceans in the wrong part of the earth, you might be missing the major changes and shifts, which could actually affect humanity to a great degree.

How do you find out which areas are in need of focus?

POGO set up the big ARGO program around 12 years ago. This involves setting up floats all over the ocean, which autonomously send off information on salinity, temperature and other variables. We know where we have holes in our observational capacity. You link up the observations in the water with what you see from a satellite and compare the two. We can then see whether we are measuring in a particular spot just because we can access it, or that there is a hole somewhere, possibly because there is no institution at a particular point off Africa, for example, where we know from satellite that we should be measuring there because it's a big upwelling zone, with lots of fisheries.

These days we have satellite and buoys to provide data, but how much data do we have from the past to compare it with? Is there not the danger that research is not able to keep up with the speed of change?

There's very much the danger of that. One of the most important things is having consistent long-term observation. We need to link up old observations, be it whether somebody stood at the end of a dock and measured salinity for a time in the late 1800s or so, through to now, and one needs to look at the changes in things like currents and hydrography in these areas, to find out if what you see is related to a real trend or shift or just an anomaly in the system.

Very often, in the Wadden Sea for example, we even use historical anecdotes written down in the annals of churches, for example, to look at how the weather was at a certain time, whether we had an icy winter or not. The more information one has, the better it is when it comes to interpreting modern-day data, which might be of very short duration in comparison to the long sets of data out there. 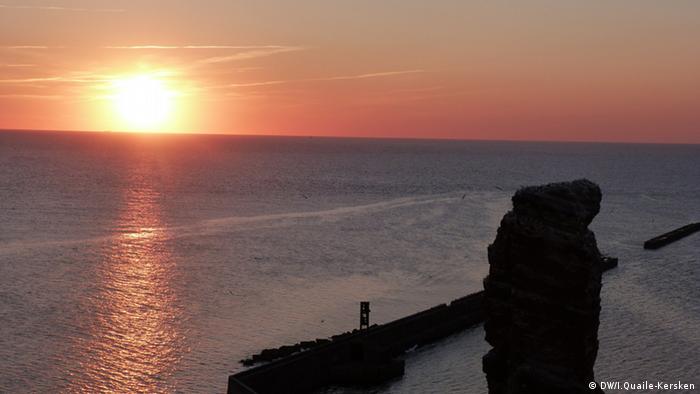 The climate is changing the water around Helgoland, Germany's northernmost Island.

You have a lot of experience with long-term data sets at the AWI's Biological Stations on the North Sea islands of Helgoland and Sylt.

Yes. Helgoland is the more well known. Those records have been going from 1873, where salinity and temperature have been measured almost continually - barring the wars - to this day on a daily basis. That really shows us the North Sea and particularly the German Bight have got a lot warmer, up to 1.7 degrees in 50 years. And that needs to be connected to all the marine life forms. That we have been doing since 1962. Every day we've been counting the microalgae in our samples, the phytoplankton, and the zooplankton that eat them, and relating these to one another, to see the difference between a weather phenomenon and a long-term trend. We also want to see what new species have arrived, for instance, because the water is warmer and currents have been carrying organisms from the south, and how that has changed the food webs in the system.

You have long-term data, but others don't. What are your priorities for filling the gaps with POGO during the next two years?

We decided at this meeting to link up all the long-term data sets in the world on a very simple platform, so that everybody could see for starters where data exists. Not everybody knows what data is out there. There is some very high quality data, for example in northern Russia, in the Arctic Ocean, there's a lot of data that's not so easily accessible and available. But if our Russian partners just put a flag on the map saying we have this data, come to us if you need it, it would already help us scientists a lot. It's kind of like making a giant inventory of what's out there, and of what has been measured for the last hundred years. The next step would be to link important oceans with one another, the Arctic and the Atlantic, and look how they have changed relative to one another. There are hydrographic models linking these oceans, but with a better data base we might be able to check the accuracy of these models, also relative to the melting ice caps.

Another of your goals is for scientists to become more active in the creation and monitoring of marine reserves. What would that involve?

We increasingly have to consider setting aside parts of the ocean as undisturbed areas, for instance areas of great biological diversity, partly as reference sites. There is very little knowledge of how to go about this, and we have to find ways to keep observing these ocean areas, without interfering with them. That's where technology comes in - and ocean observation in general. We have to monitor and understand these areas better relative to other disturbed areas.

If the scientists don't take an interest in these areas, in the long run we're not going to know very much about them. We have to provide information to the world on why it's important to set these areas apart.

How high is political awareness of the need for scientific involvement?

It differs from nation to nation. Some are more interested in not having MPAs, or setting them up in parts of the ocean which no-one will go to anyway. Others, like Germany, are very interested in protecting large areas of the sea, as you can see with our UNESCO reserves in the Wadden Sea, and quite a few protected areas in the German Bight. But the point is it's almost a cultural thing and it has a lot to do with growing economies. So POGO has an important role to play in linking all these scientific cultures and coordinating discussions to find solutions that everyone can accept.

Jellyfish and chips? Climate change is bringing new species to a warming North Sea. While cod and shrimps move northwards, exotic immigrants are changing the ecosystem and the food chain. (06.09.2012)