Former Yemen President Abed Rabbo Mansour Hadi has left the house arrest imposed by Shiite rebels weeks ago, aides have said. The reasons behind his departure are not clear. 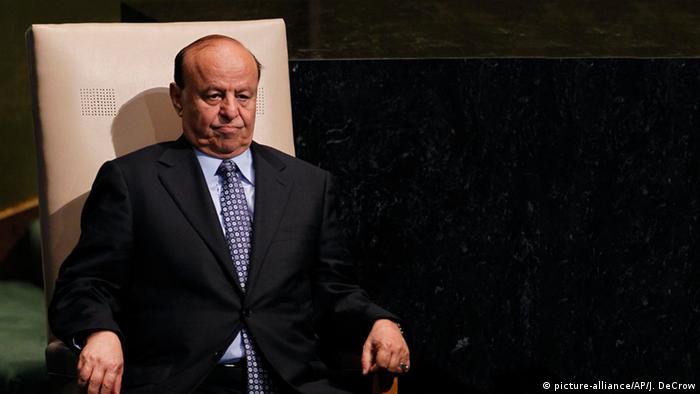 Hadi left his home on Saturday for the first time since being put under house arrest by Houthi militia who had stormed his residence in late January, witnesses and aides to the former president said.

The news website Aden Tomorrow said Hadi was believed to be headed for the main southern city of Aden, his home town. The website based its report on sources close to the former president.

It was not immediately clear whether the rebels had allowed Hadi to go under pressure by the United Nations Security Council, the United States, Russia and local political parties, or whether he had managed to slip away from those guarding him.

The report comes after activists quoted by Reuters news agency said that Houthi militiamen had shot dead one person and injured one other after opening fire on protesters in the central city of Ibb early on Saturday.

The protesters were demonstrating against the Houthis' role in overturning the government earlier this month.

The Houthis dissolved parliament and instituted a provisional constitution on February 6, having taken control of the capital, Sanaa, in September.

On Friday, rival factions in Yemen agreed, under UN oversight, to create a transitional council to help govern the country along with the parliament.

The council is to include representatives from social groups that have traditionally lacked a voice in Yemeni politics.

Western countries are concerned that the continued instability in Yemen could give scope to the terrorist group Al Qaeda in the Arabian Peninsula for more attacks on international targets.