The US has transferred a Yemeni man held for 14 years in the notorious Guantanamo Bay prison. The number of inmates held at the controversial US naval base in Cuba now stands at 78. 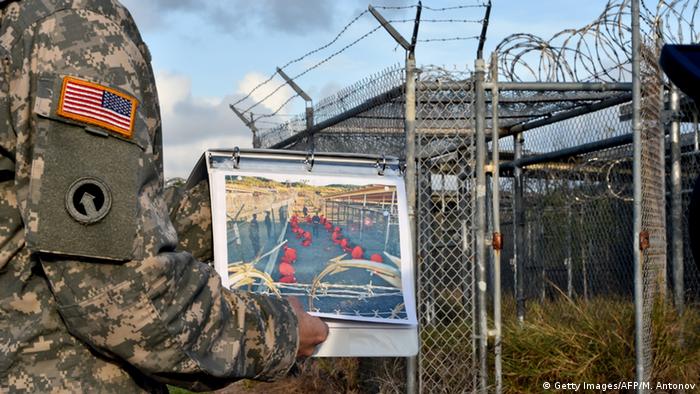 After being cleared for transfer nearly six years ago, Fayiz Ahmad Yahia Suleiman was flown to Italy on Sunday for resettlement.

"The United States is grateful to the government of Italy for its humanitarian gesture and willingness to support ongoing US efforts to close the Guantanamo Bay detention facility," the Pentagon said in a statement.

Suleiman, 42, was born in Saudi Arabia and has a history of participating in hunger strikes, military records show. He was listed as being in "fair" health.

The US does not repatriate to Yemen because of the civil war in the country.

Suleiman was approved for transfer in 2010 by the Pentagon, State Department, Justice Department and Homeland Security; the Office of the Director of National Intelligence, and the Joint Chiefs of Staff also found he was a low-level offender and not a security risk.

Military records show Suleiman was arrested in 2002 after being suspected of fighting with al Qaida against US and coalition forces in Afghanistan. As with most of the 78 prisoners who remain at Guantanamo, he was never charged with a crime.

Instead, he was held for more than a decade, forced to languish in a legal black hole, a practice that continues to draw international condemnation.

US President Barack Obama, who has repeatedly vowed to close the prison, rolled out his latest plan in February aimed at shutting the facility. But he faces opposition from lawmakers in both parties.

The Guantanamo prisoners were rounded up overseas when the United States became embroiled in wars in Afghanistan and Iraq following the September 11, 2001, attacks on New York and Washington.

The US transferred two Guantanamo detainees to Italy in November 2009.

US releases Guantanamo inmate to Montenegro

A Yemeni man held at the US detention center in Guantanamo Bay has been released to Montenegro. Seventy-nine prisoners are still being held at the notorious facility the Obama administration has vowed to close down. (23.06.2016)