Key factions among Houthi rebels have accepted the UN plan to end the war in Yemen. The peace terms include insurgents withdrawing from the captured areas and handing over their arms to the state. 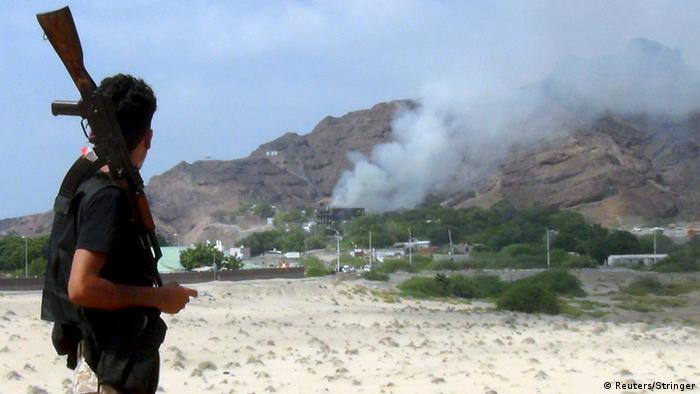 Houthi rebels have contacted UN Secretary General Ban Ki-moon to notify him they were ready to join peace talks, their representatives said on Wednesday.

"The Houthis have agreed in writing to implement the UN resolution 2216," a document outlining the UN-brokered proposal, UN envoy on Yemen Ismail Ould Cheikh Ahmed wrote on Facebook.

The plan envisions the troops loyal to former president Ali Abdullah Saleh and their Shiite allies, allegedly backed by Iran, to give back the territories they seized. The rebels are also to disarm and hand over their weapons to state institutions controlled by Yemen's internationally recognized government.

The government, led by President Abed Rabbo Mansour Hadi, has repeatedly stated that they would not take part in peace talks before the insurgents accept the UN peace resolution.

The party of ex-president Saleh, General People's Congress, also contacted Ban, urging for an "implementation mechanism" on for the UN resolution that would "organize withdrawal from cities and disarmament of all parties."

In March, a Riyadh-led coalition launched airstrikes in support of Hadi, helping loyalist fighters make significant gains. Recently, Hadi's troops have retaken swathes of territory in the south of Yemen and set their sights on rebel-controlled capital, Sanaa.

Earlier attempts to hold peace talks in June failed without the conflicting parties ever sitting down in the same room.

Despite recent victories, the Saudi-led coalition has been under increasing pressure from human rights organizations for allegedly targeting civilians. On Wednesday, Amnesty International urged the US and the UK to stop arming the coalition members, citing "damning evidence of war crimes."

A new "Islamic State" affiliate has claimed responsibility for a deadly attack in Aden. Ministers were evacuated from their temporary headquarters after a series of explosions that reportedly killed 15 people. (06.10.2015)