At least four were killed in the attack on the governor's convoy. Both he and the environment minister, who was also in the vehicle, survived. 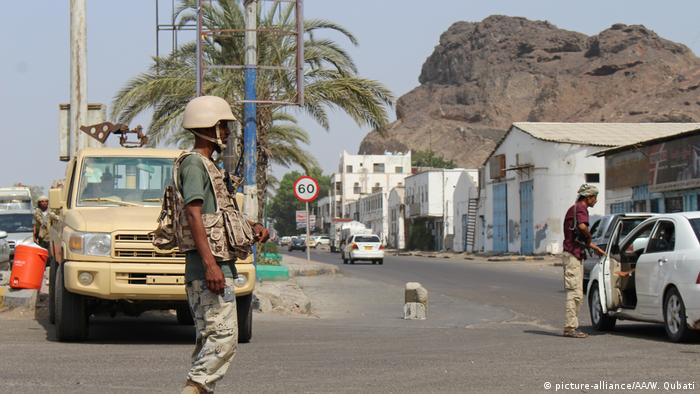 Five people were killed in a car-bomb attack on Sunday in Aden, the home of Yemen's internationally-recognized government. Aden Governor Ahmed Lamlas, the intended target of the attack, survived, but several members of his convoy did not.

"A car bomb... on Al-Mualla Street exploded while the convoy of officials... was passing," a Yemeni security source told French news agency AFP.

The Yemeni government, which is backed by Saudia Arabia, moved its seat to Aden from the capital Sanaa in 2014, after an ongoing war broke out with Iran-backed Houthi rebels.

A separate conflict in southern Yemen between separatists and government forces has also resulted in periodic clashes that have exacerbated the country's humanitarian crisis, which the UN has said is the worst in the world.

Lamlas is a member of the Southern Transitional Council (STC), a group whose members were appointed to several government positions in December 2020 in a bid to ease tensions.

The STC has sought to restore the sovereignty of South Yemen, which was formerly its own nation but was integrated into the north in 1990.

Yemen is also home to a large al-Qaeda presence that sometimes launches attacks against the government.

No group has yet claimed responsibility for the attack.