Aged just 21, Tadej Pogacar became the Tour de France's youngest winner since 1904 on Sunday after dramatically beating compatriot Primoz Roglic to the Yellow Jersey. This is the story of Slovenia's cycling triumph. 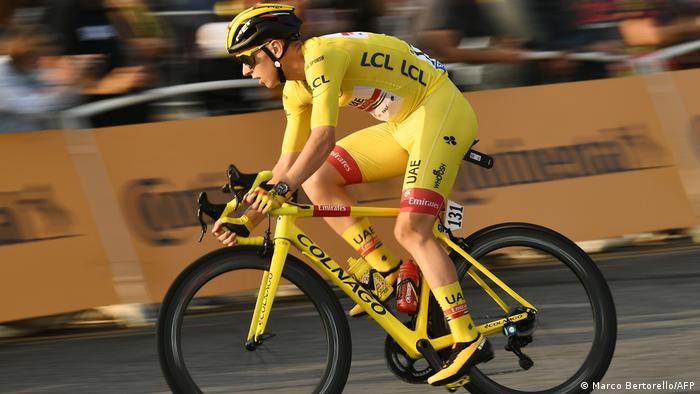 The national colors of Slovenia are no longer red, blue and white, but yellow. It is omnipresent, along streets and in town squares, decorating gas stations, shops and offices. Even the universities are decked out in yellow, the color which designates the victor of the Tour de France.

"We've been preparing yellow jerseys for everyone in our faculty, about 200 of them," says Radoje Milic, a sports scientist at the University of Lubljana. "We think Monday is going to be a crazy day."

Milic is something like the Godfather of Slovenian cycling. In 1988, he began conducting performance tests, developing training plans and looking for youth coaches. The performances of Slovenia's cyclists in France over the past month, from the 18-stage dominance of Primoz Roglic to the historic late comeback from Tadej Pogacar, represent the culmination of 30 years of development for Milic.

Too good for the juniors

Another Slovenian who quickly outgrew the juniors was Tadej Pogacar. Last autumn, having just turned 21, he dropped out of the U23 world championships in order to start at senior level. He finished 18th. A week earlier, still only 20 years old, he'd completed the Vuelta a Espana.

"He's a true wunderkind," says his youth coach Miha Koncilija, speaking to DW during the time trial when he still believed that Pogacar would remain second behind Roglic.

But over the course of the 36.2-kilometer route up to the Planche des Belles Filles, Pogacar didn't just overtake his older compatriot to dramatically take the maillot jaune, he also exceeded the expectations of those who know him best.

"He was 10-20 centimeters smaller back then," recalls Koncilija, who has been coaching Pogacar since he was ten years old. "His light weight was particularly noticeable in races into the wind, Tadej had to really fight. But I think it helped him that he always had to battle against bigger riders." 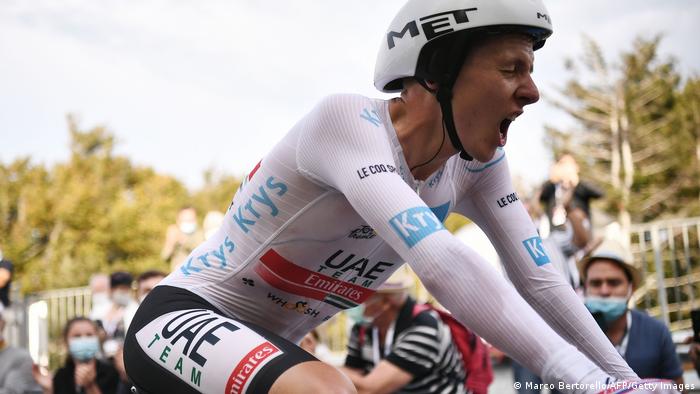 Tadej Pogacar crosses the line at the end of stage 20, dramatically taking the yellow jersey off compatriot Primoz Roglic

Koncilija says that Pogacar's development has been consistent, getting better year on year. "We didn't know that he'd be able to achieve what he's achieved here in France," he admits. "But we knew he was a big talent and we noticed how hard he works."

Pogacar's work rate is something that performance monitor Milic has also noticed. "We've had heaps of data on him since he was 14," he tells DW. "We did several tests per year because we had already identified him as a talent."

Having studied the development of the performance data, Milic is also in a good position to recognize cases of doping. In Pogacar's case, he confirms: "All clean."

Rather than illegal substances, he puts Pogacar's rise down to talent, hard work and intelligence on the bike.

"We've had other riders with similar data but he brings those values to the street," he says. "He has mastered the art of positioning and knows when to take his chances. He has a very high cycling IQ."

Nevertheless, Pogacar's performance on the Plance des Belles Filles even surprised Milic. "I gave him a 10% chance of catching Roglic," he admits. Others didn't even give him that.

When two Slovenians ascended the podium in Paris on Sunday evening, after Ireland's Sam Bennett had won the sprint along the Champs-Elysees at the end of the processional 21st stage, they were the products of the sprawling network and thorough support provided by the Sports Institute in Ljubljana.

"We have an agreement with the cycling federation which allows us to test out the young riders," explains Milic. "We work with them two, three, four times a year and support them through to U23. After that, they either remain amateur riders but at a very good level, or they turn professional." 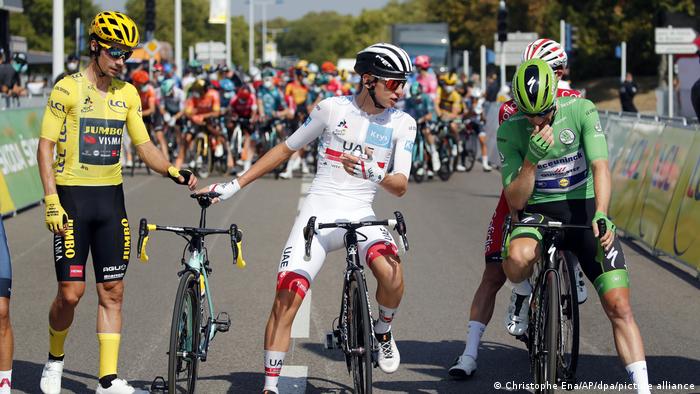 When DW visited the Institute last year, such performance tests were taking place. Dozens of boys and girls were waiting in corridors, most of them actually ski jumpers like Primoz Roglic used to be. Milic tested Roglic as early as 2013 when he was cycling to help his regeneration after an injury had put an end to his ski jumping career.

But when he beat a number of former pro-cyclists in several races, Milic really took notice and placed him under the supervision of Bogdan Fink, who recalls:

"At first, we were skeptical. He fell a lot at the start and he had to learn how to ride in the peloton. But the most fascinating thing is: he never makes a mistake twice."

Losing a Tour de France on the final time trial was also a mistake he won't be repeating.

Some doubts, but no proof

In 2019, anti-doping investigations as part of Operation Aderlass (Operation Bloodletting) alleged that the Slovenian cyclists Borut Bozic and Kristijan Koren, as well as manager Milan Erzen, had been clients of the German doctor Mark Schmidt.

Given the Slovenians' double success in France this year, neither Milic nor Fink are surprised that some doubts have been cast on the cleanliness of the achievements. This is cycling after all, but both insist that there has been no foul play and that the doping scandal belonged to a previous generation.

"He was long gone when Primoz first came to us," said Fink of the discredited Erzen. As for whether Roglic or Pogacar have ever had any contact with Dr. Schmidt, he can only laugh, replying sarcastically: "I only know of Dr. Schmidt through the media, and I think that's the case with [Roglic and Pogacar] too."

There are indeed no known connections to the doping doctor, leaving Slovenian cycling free to celebrate its greatest triumph. In yellow, of course.