WTO expects modest increase in global trade in the years ahead | Business | Economy and finance news from a German perspective | DW | 14.04.2014

WTO expects modest increase in global trade in the years ahead

The World Trade Organization has said it expects global trade activities to pick up moderately this year and next, following a two-year slump. But it warned geopolitical risks were not penciled in its latest outlook. 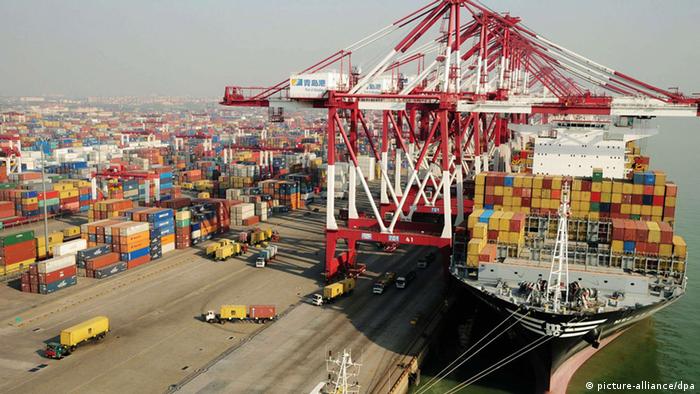 A new WTO outlook released Monday expected global trade volumes to increase by 4.7 percent this year, a huge improvement on the meager 2.1 percent recorded in the past two years.

But it would still be below the 20-year average of 5.3 percent which the WTO said would only be reached again in 2015.

"If GDP forecasts hold true, we expect a broad-based, but modest upturn in 2014 and further consolidation of this growth in 2015," WTO Director-General Roberto Azevedo said in a statement. "But I know that just waiting for an automatic increase in trade will not be enough for WTO members."

Azevedo once again urged the completion of the Doha round of talks which he said would provide a strong foundation for trade in the future and "a powerful stimulus in today's slow growth environment."

The report noted recent business surveys and industrial production data pointed to a firming up of the recovery in the United States and Europe in early 2014.

But the WTO hastened to point out that geopolitical risks bring an additional element of uncertainty to any kind of economic forecast. It said conflicts and disputes in Ukraine, the Middle East and Asia could provoke higher energy prices and disrupt trade flows.

But since the timing and impact of those kinds of risks were inherently unpredictable, they were not considered directly in the outlook, the WTO noted.