The World Trade Organization (WTO) has reduced its forecast for global trade this year, citing sluggish global economic growth and mounting geopolitical tensions as the main reasons for the downward revision. 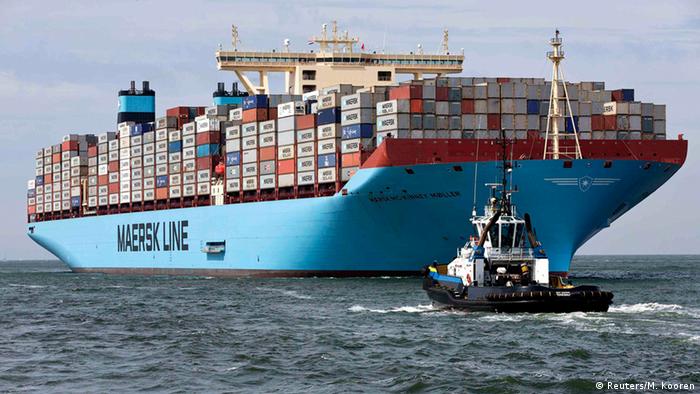 The World Trade Organization (WTO) on Tuesday cut its 2015 growth forecast for global goods trade from 4 percent to 3.3 percent, saying the downward revision was the result of sluggish global economic expansion and rising geopolitical tensions.

"Looking forward, we expect trade to continue its slow recovery but with economic growth still fragile and continued geopolitical tensions, this trend could easily be undermined," he warned.

Trade is a key measure of the health of the global economy. Growth averaged 2.4 percent over each of the last three years, compared with an annual average of 6.0 percent between 1990 and 2008. According to WTO, trade growth was expected to pick up in 2016 with an expansion of 4.0 percent.

Nevertheless, Azevedo warned that a systemic shift might be underway and that trade expansion would no longer far outstrip overall economic growth as it had largely been doing for decades. He added that the organization's 2016 forecast depended on economic growth reaching over three percent.

In April 2014, the WTO was much more optimistic in its outlook, predicting global trade to expand 4.6 percent in the year and 5.8 percent in 2015.

But already in September it was forced to revise its prediction downward amid rising global tensions. Now it said that the conflict in the Middle East was stoking "regional instability, as did an outbreak of Ebola hemorrhagic fever in west Africa."

"All of these things have effects, sometimes destabilizing effects," Azevedo said, adding: "For trade growth it is important that you have certain elements present in the global economy. One of them is stability, predictability, and those things are not there right now."

With regard to WTO trade talks, Azevedo said efforts were intensifying to end more than a decade of stalemate in negotiations for global trade liberalization.

The talks at the WTO level have repeatedly faltered, but the organization's 160 members have given themselves until the end of July to agree on a way forward by finalizing a work program for the negotiations.

Azevedo noted that member countries up until the end of last year had simply been identifying problems and restating their positions and concerns.

"That clearly changed. Right now you will see a number of delegations exploring new approaches... Proposals are being put on the table," he added.

While an overall Doha agreement has until now remained elusive, WTO members reached a landmark deal in Bali in late 2013 on overhauling global customs procedures.

The US and India have announced they've reached an agreement on food subsidies, marking a breakthrough on the road to implementing a key WTO trade pact. But the compromise is not a final settlement. (13.11.2014)

The World Trade Organization (WTO) threatens to fall into obscurity, as it is proving unable to overcome differences among its members. Its new leader Robert Azevedo needs diplomatic diligence to ensure its survival. (08.05.2013)

As Brazil’s Robert Azevedo takes over the reins at the World Trade Organization (WTO), resuscitating global trade talks is his primary goal. The WTO is being sidestepped as countries push for bilateral trade accords. (30.08.2013)