She is close to the people, paints, designs costumes and sets — and is also the queen of Denmark. More on Margrethe II, who is in Germany for a state visit. 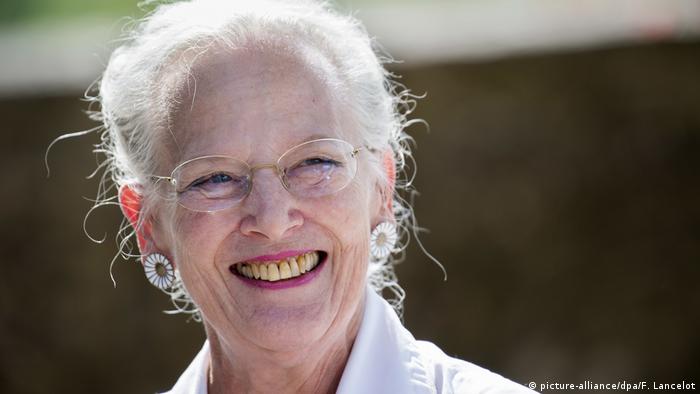 She plans to govern until she falls out of her slippers, the good-humored monarch quipped at a press conference as she turned 75. Asked whether age had its advantages, Queen Margrethe II replied: "The experience is different to before, when you are young and doing everything for the first time."

A defiant smoker, the now 81-year-old queen of Denmark is still as cheerful as ever as she fulfills her duties as head of state.

From November 10-13, she is paying a state visit to Germany with her son, Crown Prince Frederik, and a large Danish delegation. Stops are planned in Berlin and Munich. Among other things, the queen will meet with Federal President Frank-Walter Steinmeier. 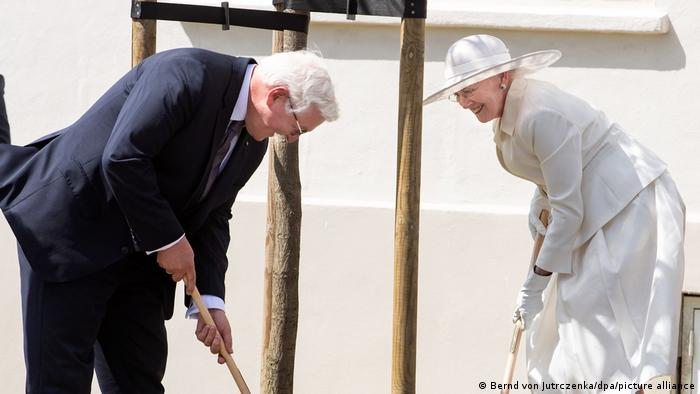 Margrethe doesn't care too much for conventions. She presents herself as a populist monarch, and is considered to be one, too. 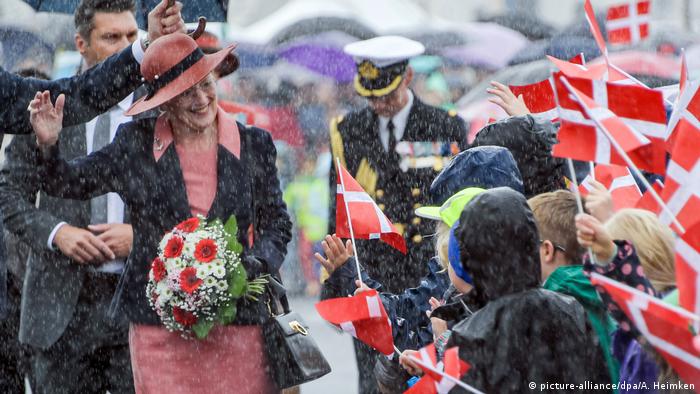 Smiling in the rain: This photo is from a state visit to Germany, with Flensburg's Danish minority in 2019

Her sense for beauty has always been well defined and, as a young girl, she had keen interests in painting and archaeology.

The young Princess Margrethe was not always destined for the throne. The last time a female monarch had ruled Denmark was more than 500 years ago, and her father King Frederick IX had to alter the laws of succession to the throne in the absence of a male heir.

At the age of 13, it became clear to Margrethe that she was destined to be Denmark's next monarch.

Margrethe, however, had a profound sense of individual spirit as a young woman and also pursued her passions in art, literature, ballet and philosophy. In addition to Danish, she also speaks five other languages, including German. 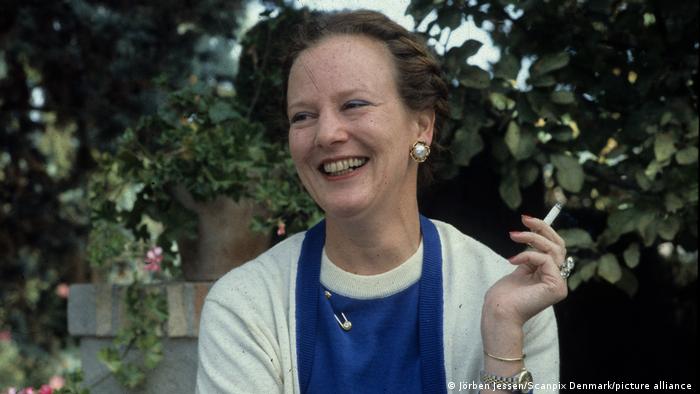 At the age of 31, she ascended to the throne and — although initially skeptical — the Danes quickly embraced their young and joyous queen.

Margrethe has also remained true to her passions even as head of state and continues to paint landscapes and other scenes.

Under the pseudonym Ingahild Grathmer she illustrates books — including the Danish edition of Tolkiens' Lord of the Rings — and designs postage stamps. 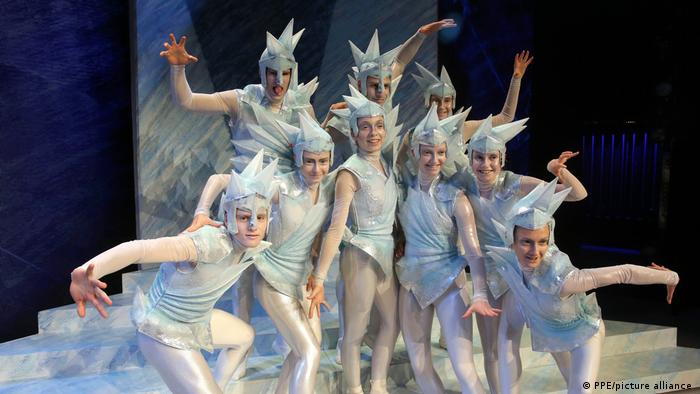 Margrethe II was the stage designer of 'The Snow Queen,' a show that premiered in 2019

The queen also translates foreign literature into Danish and designs church vestments, costumes and stage outfits. Her latest project is as a designer on a Netflix production directed by Bille August, based on the novel Ehrengard by Karen Blixen and set to be released in 2023.

Margrethe often appears at state receptions wearing her own creations, including what she calls her "happy" raincoat, made from a tablecloth-type wax cloth fabric. Another example of her cheerful style: Her 'happy' raincoat

Margrethe's artistic works are exhibited in museums at home and abroad. Her landscapes are often delicate and minimalist, while on the other hand she creates opulent collages and abstract paintings. The largest retrospective of the queen's art was shown in 2012 at the renowned Arken Museum in Copenhagen, featuring some 130 watercolors — an immense honor for a hobby artist.

Margrethe later explained how she suffered stage fright at the opening of the exhibition — a tingling in her stomach which only appears when she presents her art, but never when she's acting as head of state. She stands up confidently to her critics — after all, she is a full-time queen. As a part-time painter, she views herself as a woman who can speak her mind through color. 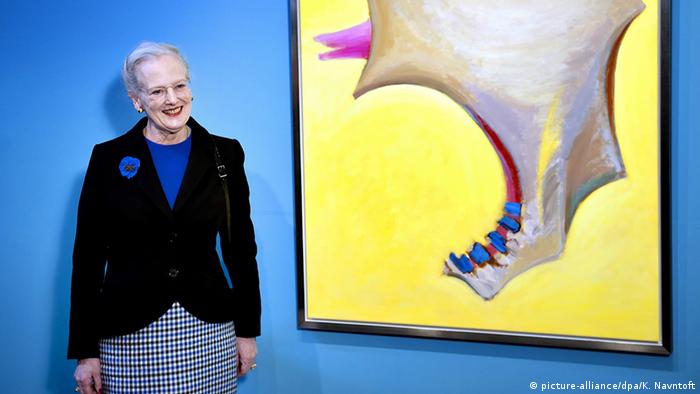 The glamorous queen was married for more than five decades to her husband, the French-born Henri de Laborde de Monpezat, who took on the official name Prince Henrik of Denmark.

Prince Henrik died in February 2018 at the age of 83. Together with him, Margrethe spent a lot of time on his vineyard in Provence and translated books into Danish, including works by Simone de Beauvoir. 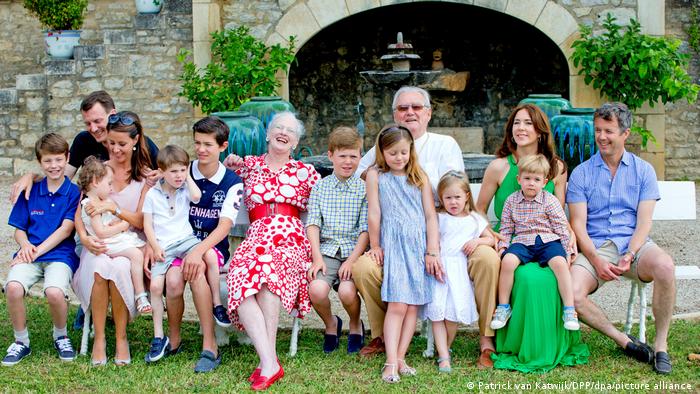 They have two sons, Crown Prince Frederik and his brother, Joachim.

Frederik has been married to the Australian Mary Donaldson since 2004. The dream couple has four adorable children. The entire country loves the family — and Margrethe thinks that Mary, Crown Princess of Denmark, is the best that could have happened to her firstborn.

Prince Joachim is also extremely popular with the Danish people. The fact that he divorced from his first wife and remarried wasn't portrayed as a scandal in the country; the patchwork family of her second-born child was never an issue for Margrethe either.

Queen Margrethe remains an imposing figure despite age — after all, she stands 1.9 meters (6.2 feet) tall. With her refreshing style, Margrethe is and remains for many the coolest queen in Europe.

This article, translated from German, was updated from a previous version on November 10, 2021.

The 95-year-old monarch spent a night in hospital after receiving medical advice to rest. She will celebrate 70 years on the throne next year.