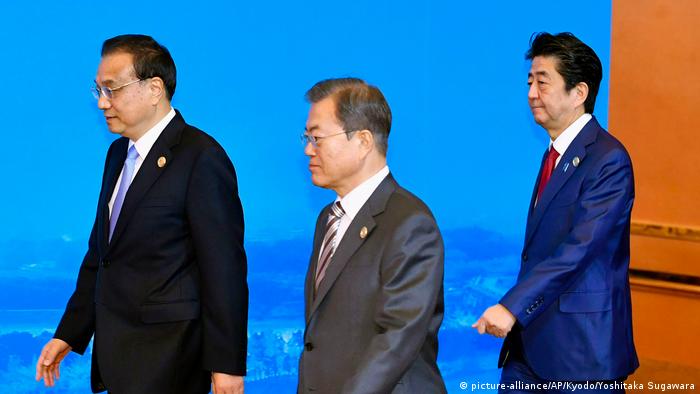 World War II ended on September 2, 1945, when Japanese representatives signed the Instrument of Surrender aboard the US Navy battleship USS Missouri in Tokyo Bay. In the 75 years since, little has changed in terms of a postwar reordering of Asia.

That is very different from Europe, where Germany and France, former enemies, came together to found the European Union (EU) — where the Soviet Union went, reunified Germany came and Eastern European countries became democracies.

But in Asia, the Cold War lives on. "Territorial and ideological conflicts in the region are the unresolved legacy of the war," says German historian Torsten Weber.

Nevertheless, there have been some changes. In China, communists rose to power in 1949; the Allied occupation of Japan was officially ended by the 1952 Treaty of San Francisco; and South Korea and Taiwan both overthrew dictators. Today, the region remains split into two heavily armed blocs competing for primacy: "In China and North Korea we have party and family dynasties, in the other countries, democracies," says Weber. 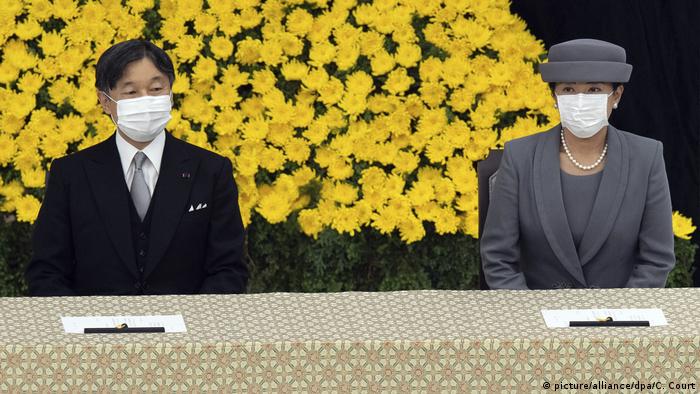 As superpowers, China and the US continue to wrestle for influence in the region, other typical Cold War aspects can be seen in the continued partition of the Korean Peninsula or the existence of puffer states like North Korea. That ongoing status quo could have been changed back in 1989, when the Iron Curtain fell. Had China embraced reform, then both Koreas and Japan would have had to react, "But that historical chance slipped away with the Tiananmen Square Massacre," says Weber, a researcher at the German Institute for Japanese Studies in Tokyo.

Unlike Europe, it seems there is a lack of willingness to forgive old injustices across Asia, something that is reflected in the territorial conflicts playing out in the region today. On the surface, today's disputes are about nothing more than a number of uninhabited islands off the coast of South Korea and in the South China Sea. Possession of the islands is claimed by all sides as necessary for exploiting natural resources and establishing military security.

But one must not underestimate China's sense of late justice, perhaps even historical revenge, in the matter either. Japan has steadfastly refused to pay a territorial price for its war of aggression, and according to Stephan Nagy, a political scientist at the International Christian University in Tokyo: "Beijing, Seoul and Pyongyang all see the partitioning of the Korean Peninsula and the existence of Taiwan as the direct result of Japanese imperialism."

The situation has fueled nationalism in the region. South Korea, which endured Japanese colonialism from 1910 to 1945, embarked on rigid social and political programs to overcome all traces of Japanese influence and to distinguish itself from its former occupier. China's relations with Japan are also guided by nationalist motives. When the two countries normalized relations in 1972, Chinese leader Mao Zedong said his communist comrades could never have taken control of the country had it not been for the Japanese invasion. By the time Jiang Zemin took the reins in Beijing in the 1990s, China had moved away from the rhetoric of class conflict to that of nationalism, which allowed the Chinese to prop up old negative stereotypes about the Japanese aggressor. 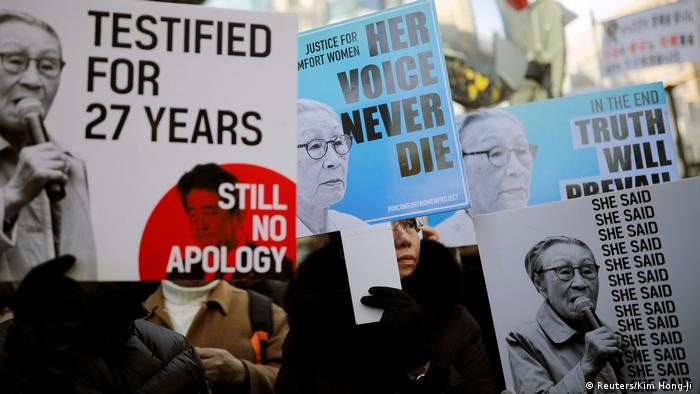 "Tales of repression and victimhood are integral to the formation of the Chinese identity and they are cemented in the national psyche through education and popular culture," as Daniel Sneider, an East Asia expert at the University of California at Stanford, told news agency AP. In other words, China and the Koreas are pillorying Japan in order to score points with nationalists at home. "Leaders in Beijing and Seoul are not just speaking about history to honor the memory of past generations, but rather, to facilitate their own political advantage," explains Ralph Cossa, former president of the Pacific Forum, a Hawaii-based think tank.

On the other hand, Japan's behavior continues to lend credence to such accusations. Most leaders in Tokyo have shown little or no remorse for the suffering caused by Japan's war of aggression — little remorse for the 1937 Nanjing Massacre in China, nor for forcing masses of Asian girls and women into prostitution throughout its territories. Junichiro Koizumi was the first Japanese prime minister to expressly offer an apology to the Chinese people while there on a state visit in 2001.

Still, Koizumi repeatedly visited the controversial Yasukuni Shrine in Tokyo — which honors men convicted as war criminals by the Tokyo Tribunal as Japanese patriots — before as well as after the apology. "That is what historians call an 'emptied apology,'" says Torsten Weber. Today, Prime Minister Shinzo Abe doesn't even mention Japan's imperial past. 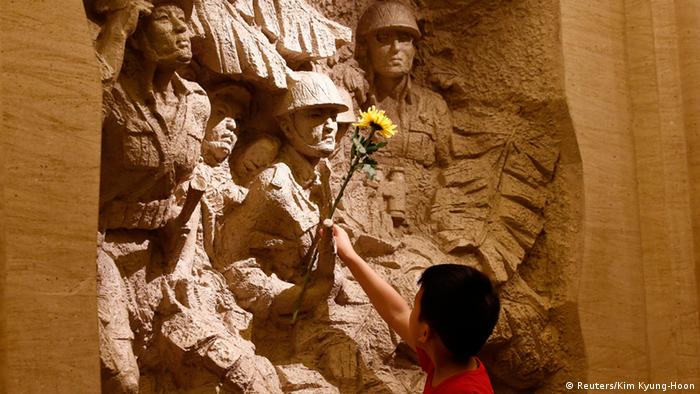 At Beijing's Museum of the war of Chinese people's resistance against Japanese aggression, a sculpture depicting China's anti-Japanese war fighters can be seen

Stressing nationalist ideologies and difference hinders any chance of Asian countries coming together to contemplate shared cultural histories and reconcile with one another. In Germany, many residents see themselves as Europeans in the same way French and Italians do. European understanding is based on belief in a shared philosophical history, for instance, that of Enlightenment tradition. Rather than focusing on the shared cultural and philosophical roots of Confucianism, Buddhism or language, Asian countries today seem more content to argue over who best exemplifies those ideals now.

In China's eyes, Japan betrayed its Asian ideals when it launched its war of aggression. China, too, as a result of Maoism, turned its back on Asia. While the Koreas have never been able to build a united nation. Moreover, unlike Europe — which has the EU with its Commission and Parliament, as well as NATO to provide for common security — Asia has no such shared institutions within which a shared historical legacy could even be discussed. Whereas European politicians meet regularly with their counterparts, it can take years before face-to-face meetings between political leaders in Asia can even be arranged. Just one more reason relations have remained so frosty 75 years after the end of World War II.