Share markets around the world have gained on expectations that Britain would vote to stay in the EU. European stocks rose for the fifth day running on Thursday, while the British pound hit a 2016 high. 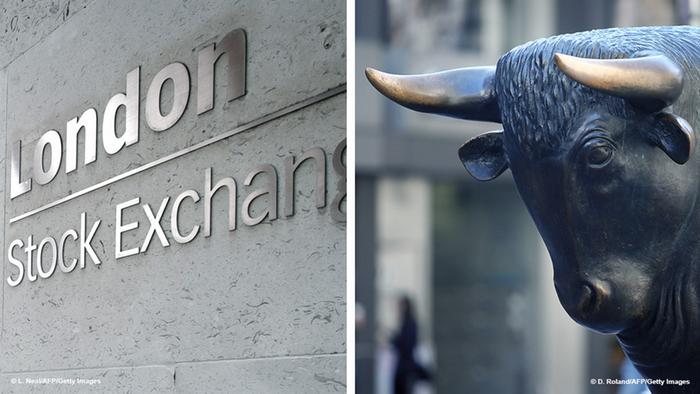 London's benchmark FTSE 100 closed more than one percent higher on Thursday, while eurozone indices in Frankfurt and Paris ended around two percentage points up.

Apparently investors in Europe were gearing up for a win by the "Remain" camp in Britain's historic referendum on EU membership, sending the pan-European STOXX 600 and FTSEurofirst 300 to their highest marks in about two weeks.

The gains followed a sell-off in the previous week when concerns over a possible Brexit mounted, depressing them to their lowest level since February and pushing investors towards safe haven assets like gold and German sovereign bonds.

Gai Capital analyst Fawad Razaqzada said week-long speculation about the outcome of the referendum had come to an end. "While the results are not due in until the early hours of Friday, it looks like the bookies and the markets have made up their minds," he told the news agency Reuters.

Financial markets have largely tracked polls in the countdown to the vote, with the latest suggesting that 52 percent of Britons will vote to stay in the EU and 48 percent to leave the 28-nation bloc.

In currency trading, the British pound hit a 2016 high on Thursday at $1.4947. But Craig Erlam, analyst with Oanda, told the news agency AFP he would "possibly have expected" investors to be "a little more conservative" since the result was "far from guaranteed." He warned of "quite severe" consequences in the market if voters opted to leave the EU.

Moneycorp traders also pointed to risks for sterling in the event of a British exit. If that happened, they said, "Black Friday" would make the 1992 currency crisis, which became known as Black Wednesday, "look like a Sunday school picnic".

In addition to the waning threat of a Brexit, US markets took solace in Fed Chair Janet Yellen's two-day testimony this week, in which she expressed optimism about the economy and downplayed the chances of a recession this year.

"I think we'll continue to go up tomorrow even if a 'Leave' vote prevails, because there's a lot of money in the sidelines, and that will be routed to safer havens, including US stocks," he told Reuters.

The picture was more mixed in Asia, where Tokyo ended up 1.1 percent and Hong Kong rose 0.4 percent, while Shanghai closed down 0.5 percent and Seoul shed 0.3 percent.

Angus Nicholson, a Melbourne-based market analyst at IG, noted in a commentary that markets had entirely priced in a "Remain" vote, meaning that volatility around the vote was far less than many had expected.

"Nonetheless, markets are still incredibly nervous and some sharp market moves are likely over the next 24 hours," he added.

Financial institutions have reinforced their trading teams to cope with the prospect of frantic trading on Friday, while the world's leading central banks said they were ready to react to any eventuality.

Voting in Britain's referendum on EU membership will end at 2100 GMT Thursday, with the final result expected by 0600 GMT Friday.

A divided public takes to Brexit polls in Britain

The mood is muted in Britain as people anxiously await the verdict on membership of the European Union. Samira Shackle took to the streets of London to gauge the mood of voters. (23.06.2016)

The political folly of one man may cast the entire European Union into crisis. There will have to be consequences, says Alexander Kudascheff. (23.06.2016)

The "Remain" campaign to keep Britain in the EU has been given a boost by two late opinion polls. The 6-point lead for remainers comes hours before voting is due to start in the historic referendum on the UK's future. (23.06.2016)