The World Social Forum has kicked off a week of anti-globalization workshops for the first time in a G7 nation. But some activists believe the the forum no longer represents its global aims. 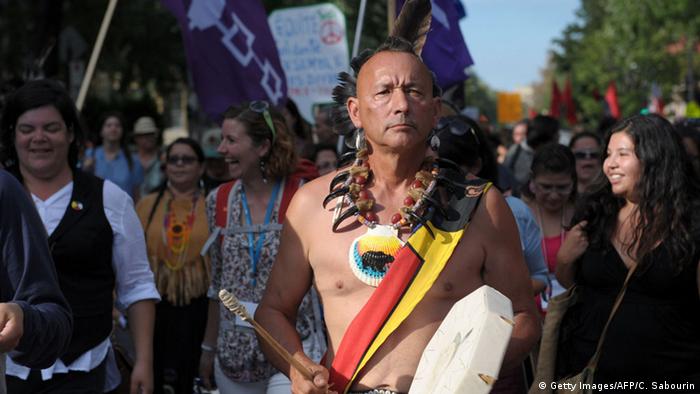 The World Social Forum (FSM), a counterweight to the World Economic Forum in Davos, kicked off this week for the first time in a G7 nation, aiming to bridge the divide between richer and poorer nations.

She has been on a hunger strike for 16 years seeking the repeal of a law that gives immunity to troops in insurgency-marred areas. But she now wants to end it and enter politics to achieve her goal. Cosima Gill reports.

"We must overcome the divide between north and south… social inequalities are increasing everywhere," said Raphael Canet, an organizer of the forum's 12th edition.

FSM was born out of the anti-globalization movement, with its first iteration taking place in 2001 in southern Brazil. In 2005, more than 150,000 people attended the forum in Porto Alegre.

However, organizers estimated some 50,000 participants this year, marking the lowest attendance since the forum's creation, with 80 percent of them coming from Montreal.

'A space for new ideas'

But Luise Steinwachs of "Brot für die Welt" (Bread fort he World) told DW that the forum hasn't lost steam, and instead transformed into something different.

"For eight or nine years, it has lost (momentum) as a countermovement to the World Economic Forum. Today, the World Social Forum is much more a space for new ideas and creative exchange among activists themselves," Steinwachs said.

"It's wrong to saying that the World Social Forum is fizzling out," Mac Lorin added.

Organizers added that this year's forum will focus on issues, such as the plight of refugees fleeing conflict, income inequality and fair trade.

Meanwhile, Canadian authorities denied visa for more than 230 guests, citing the attendees' financial situation, travel history and concerns for their departure from the country.