With the foreign ministers' meeting in Bonn, the G20 process is gaining momentum. Germany is pursuing an ambitious agenda in a period of crisis. Chancellor Merkel is under pressure to succeed as a federal election looms. 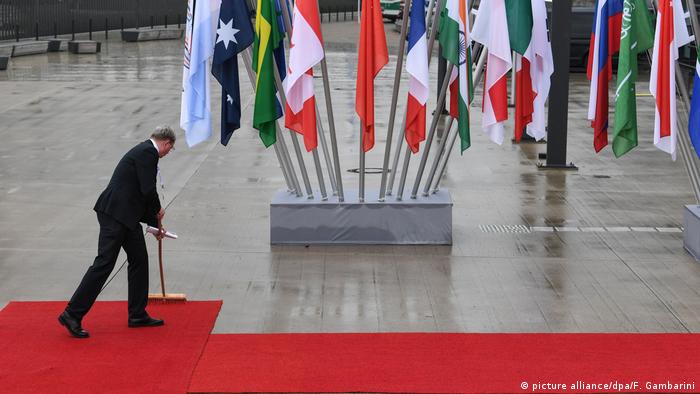 Insecurity and unrest are spreading across the world. This is not just since Donald Trump's rise to the United States presidency, but also since long-accepted certainties have strongly been called into question. It is good that there are forums where sovereign states and their executive leadership can informally share information - although in this case, "informal" means that no binding agreements will be made.

The G20 is one such forum. Since December 1 of last year, Germany has held the presidency and will be leading this forum through a series of ministerial conferences until the summit meeting, which will take place in July in Hamburg. The meeting of G20 foreign ministers on Thursday and Friday in Bonn will give the process some noticeable momentum. Germany has an extensive package of proposals on the table. Apart from the traditional topics such as free trade, financial market regulation and environmental protection, there will also be discussions about worldwide pandemics and health protection in general. Major issues such as terrorism, as well as migration and refugees, are also on the agenda. Closely linked to this is the topic of increased aid to Africa. Germany is hoping to win the G20 over with the plan of intensifying the fight against the root causes of migration and flight. German G20 representative Lars-Hendrik Roller explicitly emphasized the G20's African Partnership Initiative before the United Nations in recent weeks. It is set to be presented at a separate Africa conference in Berlin in mid-June. Roller said in New York that this initiative "is an offer which has been developed together with international institutions and finance and development ministers in the G20 context and will promote private investment, particularly with regards to infrastructure." 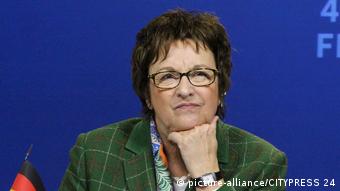 Zypries took over as Economy Minister in January

Only last week, new German Economy Minister Brigitte Zypries led the first delegation to Africa, with a clear reference to the German G20 chairmanship, as well as the key issue of sustainable development on the continent. Zypries described Africa as an "up-and-coming region with strong potential," which will have around 2 billion inhabitants by the year 2050.

Key issue: getting to know each other

However, Claudia Schmucker, from the German Council on Foreign Relations (DGAP), does not think that the agenda will take center stage at the G20 meeting. She believes the real value of the G20 is the reciprocal "getting to know each other," and the informal exchanges that take place: "This will be especially important in this case as a first point of contact with the USA: where do they stand with regards to important issues facing the G20? Trump has been critical of all these issues - free trade, as well as the struggle against protectionism. Trump is also against multilateral agreements and international organizations." 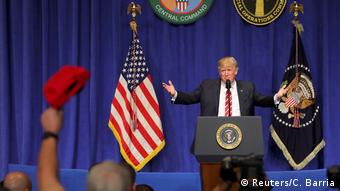 This may be the reason why German G20 representative Roller emphasized his country's multilateral approach to the UN. "There is no shortage of global problems," he said. "And global problems need global solutions. The G20 must help with this. Multilateralism and working together in areas such as trade are a priority for the German government."

But for globalization expert Schmucker, the German G20 presidency is taking place under adverse circumstances. "The global economy is not doing well," she said. "We have a new US president and there is no way of knowing how to deal with the USA as a partner. The G20 summit is taking place very early, because there pending elections in Germany. This is going to make it very difficult to reach important decisions."

But it is no coincidence that Germany applied for the G20 presidency during an election year. Heribert Dieter, from the Berlin-based Institute for International and Security Affairs, is critical of this. 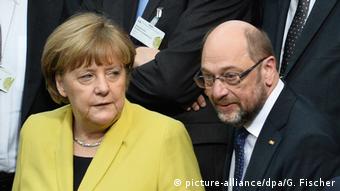 But will there really be nice pictures? Demonstrators have already announced that they will be protesting at the foreign ministers' meeting in Bonn. There are expected to be far greater protests at the summit in Hamburg. In order to keep protesters away from the G7 summit in 2015, the meeting was relocated to the large-scale and isolated Elmau Palace in Bavaria and was guarded by 24,000 police. In 2008, due to the concern about disturbances, Germany held the G8 summit in the remote Baltic seaside resort of Heiligendamm. There is certainly a risk in holding such an event in a large German city.

On the other hand, the Munich Security Conference, to which a number of participants are travelling on from Bonn, shows that a large conference attended by high-level personalities can also be conducted in the center of a metropolis. From Munich, a number of foreign ministers are then going on to Geneva. On the following Monday, negotiations for a peace settlement in Syria will take place there. Until then, perhaps the informal encounters and clarifying discussions in Munich and Bonn corridors will have been able remove some of the obstacles to reaching an agreement.