Global leaders have been congratulating US President Barack Obama on his election victory over Republican rival Mitt Romney. 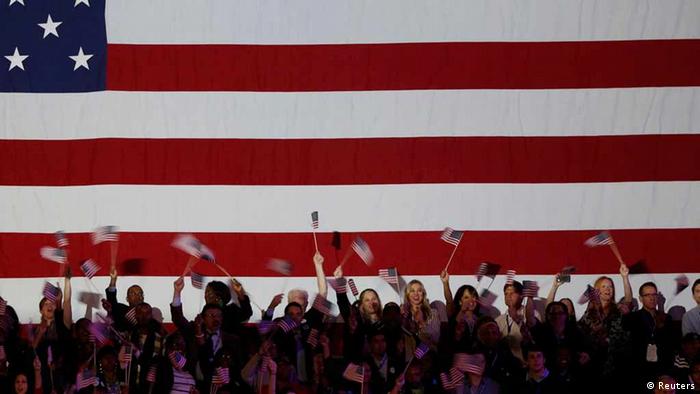 Chancellor Angela Merkel congratulated Obama directly in the form of a letter on Wednesday.

"I wish you continued strength and success in the second term before you," said Merkel, who hailed the "spirit of friendship" shown so far by Obama in discussions over issues such as Afghanistan and the global economic downturn.

"I look forward to continuing all this cooperation so both our countries can continue to stand side-by-side to contend with the important foreign policy and economic challenges that we face as friends and allies," Merkel wrote.

"The US is a key strategic partner of the EU and we look forward to continuing the close cooperation... to further strengthening our bilateral ties and to jointly addressing global challenges, including in the fields of security and economy," the statement read.

"President Obama has demonstrated outstanding leadership in maintaining this vital bond, and I look forward to continuing our close cooperation to ensure NATO remains effective in a fast-changing world," Secretary General Rasmussen said.

Away from Europe, Chinese President Hu Jintao applauded the "positive progress" in bilateral relations between China and the US during Obama's first term in office.

European shares rally after US election

European stocks have gained in value after US President Barack Obama's re-election. Investors have appeared glad about the quick result, with markets across the continent becoming less volatile for the time being. (07.11.2012)

"You and I have common views on constructing a China-US cooperation partnership based on mutual respect, mutual benefit and a win-win situation and constructing a new model for relations between great powers," Hu wrote in a telegram.

According to the Kremlin, Russian President Vladimir Putin had reacted "positively" to the result.

"We hope that the positive beginnings that have taken hold in Russian-US relations on the world arena will grow in the interests of international security and stability," Russian news agencies quoted Putin's spokesman Dmitry Peskov as saying.