World leaders quarrel over imposing no-fly zone in Libya | World| Breaking news and perspectives from around the globe | DW | 11.03.2011

The global community remains divided over establishing a no-fly zone over Libya. Some say the time has come to protect Libyan civilians from Moammar Gadhafi's bombs. Others doubt the legality of intervention. 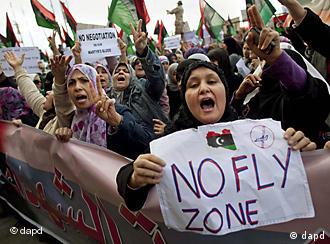 Protesters in Libya want a no-fly zone over the country

Discussions over imposing a no-fly zone over Libya began over two weeks ago. The United Nation's High Commissioner for Human Rights, Navi Pillay called for the measure on February 23 to prevent Libyan leader Moammar Gadhafi from bombing civilians in the country. Gadhafi's forces have since shelled both civilians and armed opposition groups.

Still, a quick decision on creating a no-fly zone is unlikely as political and practical concerns mount and legal experts question the legality of such a move. All parties, so far, agree a mandate from the United Nations Security Council is regarded as necessary for a no-fly zone to be imposed against the will of the Libyan regime.

But there are many opponents to a no-fly zone over Libya, including permanent Security Council members China and Russia and some international law experts in the West.

Intervening in a civil war

Reinhard Merkel, a law professor at the University of Hamburg, already questioned international intervention in Libya in an interview with the Berlin daily Tageszeitung at the end of February. 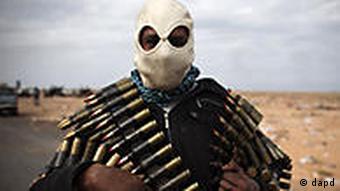 International law does not authorize intervening in civil wars

"Libya is experiencing a type of civil war and as such there is no international law that allows for intervention," he told the paper.

A critic of the 1999 NATO mission to Kosovo because it was not approved by the UN's Security Council, Merkel added that intervening in Libya would only be legal if the situation came to represent a threat to world peace. This was currently not the case, he said. The conditions for the international community's disputed "responsibility to protect" were still far from being met, Merkel added.

A responsibility to protect civilians

The principles governing the "responsibility to protect" aim to prevent genocide, war crimes, crimes against humanity and ethnic cleansing by allowing the international community - via the Security Council - to intervene with military force as a last resort if a country fails to protect its citizens. UN members in 2005 agreed to the principle, but it is not a binding part of international law. 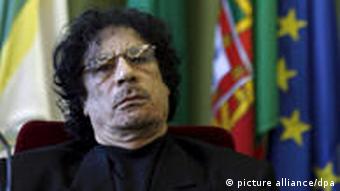 The ICC is investigating Gadhafi for crimes against humanity

The supporters of a no-fly zone, however, have said the conditions for intervention have been met in Libya. The Security Council unanimously passed a resolution on February 26 calling for the International Criminal Court (ICC) to investigate crimes against humanity during the ongoing violence in Libya, in which some estimates said pro-Gadhafi forces have killed 1,000 people.

Although ICC prosecutor Luis Moreno-Ocampo said the court would move quickly, it could still take months until the ICC issues a verdict on the case. Supporters of a no-fly zone said immediate action is necessary to avoid the possibility of future crimes against humanity.

"The Libyans are being cleansed by Gaddafi's air force," Mustafa Abdel-Jalil, head of the rebel National Libyan Council, told the BBC. "We asked for a no-fly zone to be imposed from day one. We also want a sea embargo."

A no-fly zone, however, remains a legal dilemma without a clear precedent for the Security Council to follow. The conditions under which previous zones imposed in Bosnia and Iraq are not equivalent to those in Libya. In 1993, the UN imposed a no-fly zone over Bosnia-Herzegovina to prevent Serbian planes from bombing civilians. A plan put in place by the United States, Britain and France in 1991 after the first Gulf War called for a no-fly zone over Iraq to protect Kurdish and Shia minorities in the country from Saddam Hussein's regime.

But western governments, led by France and Britain, may push for the international community to stop Gadhafi's ability to drop bombs from the air. 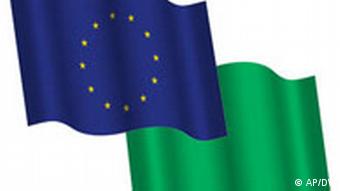 The EU should speak with one voice when it comes to Libya, Merkel said

French President Nicolas Sarkozy and British Prime Minister David Cameron said Gaddafi had lost legitimacy and must step down. The European leaders also issued a joint declaration sent to the president of the EU Council, which said plans must be made to help the insurrection, including a no-fly zone over Libya.

Other European leaders, including German Chancellor Angela Merkel, however, criticized the Paris-London initiative and while calling for Gadhafi's immediate resignation said on Friday that the EU should act as a bloc.

The United States, whose military would largely be responsible for enforcing a no-fly zone, is wary of another military engagement in addition to the ones it is conducting in Afghanistan and Iraq. US Defense Minister Robert Gates said a no-fly zone "would mean war" as it requires grounding the Libyan Air Force and air defense. That's a prospect many western leaders don't cherish.

"We do not want to get sucked into a war in North Africa," German Foreign Minister Guido Westerwelle said Thursday, adding that decisions had to be made with care.

Regardless of geographic location, all the supporters of a no-fly zone have denounced accusations that it could lead to a ground invasion of Libya.

Heads of state and government are holding an emergency EU summit on the continued unrest in Libya. France and Britain favor targeted strikes while other leaders say the EU should focus on humanitarian aid. (11.03.2011)

NATO has taken a cautious approach to action in Libya, opting for increased coastal monitoring rather than a no-fly zone. But France has taken a lead, recognizing rebel leaders as Libya's legitimate government. (10.03.2011)