World Cup 2018: Who needs what to advance to the knockout stages?

Who needs what? The group stage of the 2018 World Cup comes to end this week with a lot still to play for in all the groups. DW outlines the permutations – including what Germany need to do to progress. 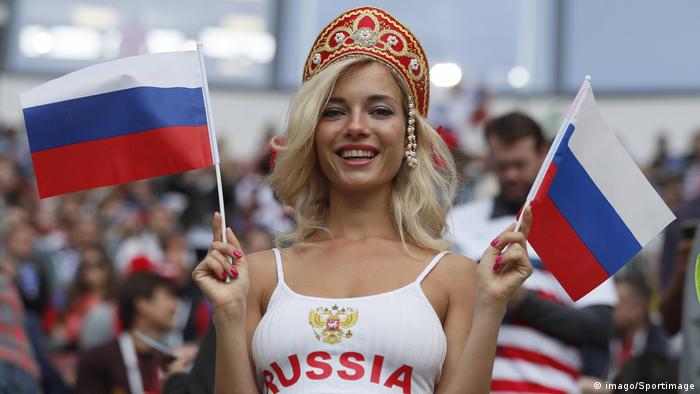 For the first time since the collapse of the Soviet Union, a Russian team has progressed beyond the group stage of a World Cup. With two wins in two, eight goals scored and only one goal conceded from a penalty, hosts Russia have surprised everyone, including their own fans.

Uruguay on the other hand, despite boasting such talents as Luis Suarez, Edinson Cavani and Diego Godin, have underwhelmed, scraping 1-0 wins over Saudi Arabia and Egypt.

The two teams meet in a playoff for top spot in Samara on Monday evening. However, with Portugal and Spain in control of Group B, both teams will face much tougher opposition in the last-16, no matter who is turns out to be. 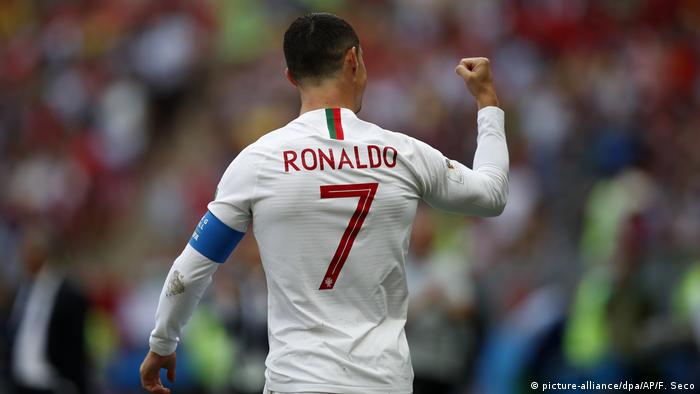 As expected, Spain and Portugal are in pole position in what always looked like a lob-sided Group B. The two teams are packed with quality and played out arguably the game of the tournament when they drew 3-3 in Sochi on Day 2.

A draw will be enough for each, athough both struggled to break down packed Moroccan and Iranian defenses in their second games. Iran also still have hopes of qualifying, but they will have to pull off an unlikely victory against Cristiano Ronaldo and Portugal. 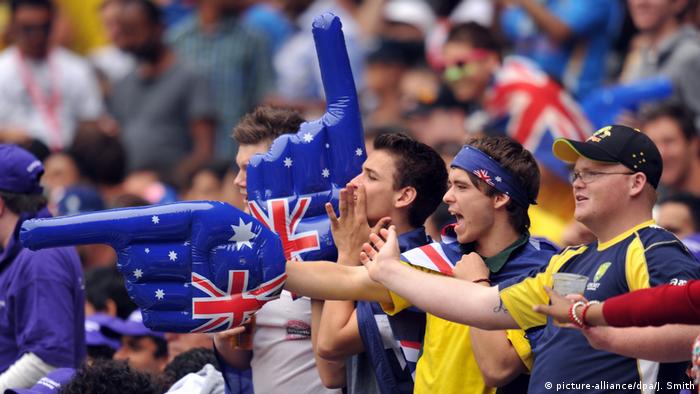 Australia need to beat Peru but it could get very tight in Group C.

Despite two rather average performances, group favorites France have already clinched a knockout-stage berth, while underdogs Peru are out – despite the fantastic support of their traveling fans.

But for Denmark and Australia, everything is still to play for. The Danes know that a point against France will be enough to qualify, while a win would even see them top the group.

Should they lose however, victory for Australia over Peru should see the Socceroos advance – unless: Denmark lose while also scoring more than one goal (e.g. a 3-2 defeat), then Australia would have to win by more than one goal in order to progress courtesy of goals scored. Should the scenario occur whereby Denmark lose 2-1 and Australia win 1-0, the fair-play table would come into play. Lionel Messi and Argentina are on the brink in Group D

After a disappointing draw with Iceland and a 3-0 thrashing by Croatia, Lionel Messi and Argentina are on the brink of elimination.

- Read more: Lionel Messi: A cloud floating on the edge of the picture

La Albiceleste no longer have their destiny in their own hands. The 2014 World Cup finalists must beat Nigeria in St. Petersburg in order to finish second while hoping that Iceland do not beat group leaders Croatia.

A draw would most likely be enough to see Nigeria, under German coach Gernot Rohr, finish second and set up a probable last-16 tie against either France or Denmark. 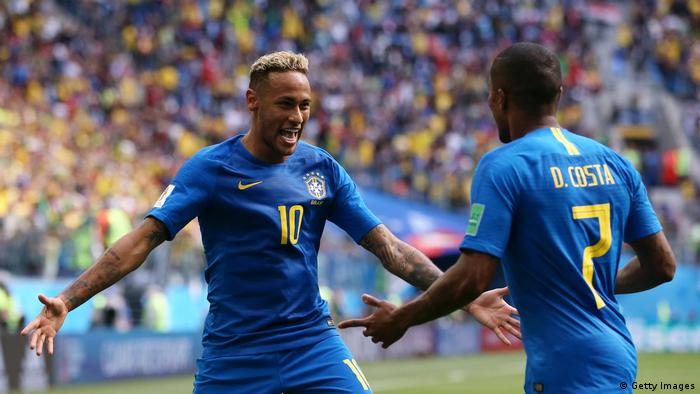 Neymar and Brazil aren't through yet.

The standings in Group E are of particular interest for Germany, since this is the group which will provide Die Mannschaft's last-16 opponent. Costa Rica are already out thanks to their late defeat to Brazil – but it's otherwise all to play for.

For Brazil, a draw against Serbia would guarantee qualification for the last-16, while victory would see them win the group and face the second-placed team from Group F. By the time Brazil kick off, they will know whether that is Germany or not.

If Serbia win, they will qualify. Indeed, even a draw would be enough for the Serbians in the unlikely event that Costa Rica beat Switzerland. Anything but a defeat will see Switzerland, who are level on points with Brazil, with an inferior goal difference, progress. 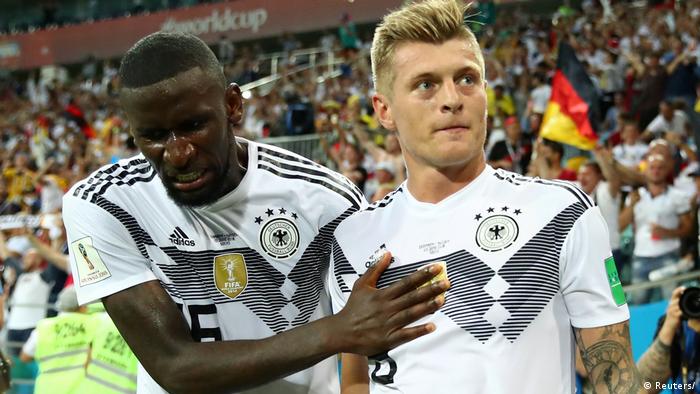 Germany are still alive - just! They're in control of their own fate again in Group F.

After 32 minutes in Sochi on Saturday night, Germany looked like they were already out, but second-half goals from Marco Reus and Toni Kroos ensured that the reigning champions' fate remained in their own hands.

Germany are now level with Sweden and know that they simply have to better the Swedes' result against Mexico when they face South Korea. Germany can only top the group if they beat South Korea by more than two goals and by scoring more than Sweden.

Germany could conceivably progress even if they lose to South Korea – but the chances are minimal and would come down to a three-way comparison between Germany, South Korea and Sweden, including the fair-play rating and the possibly even the drawing of lots. 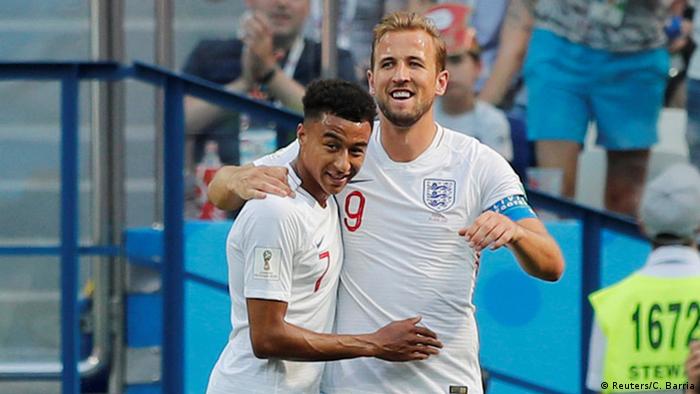 An English sense of fair play? It could come down to yellow cards in Group G.

England and Belgium have already qualified from Group G – the only question is in what order?

The two teams meet in Kaliningrad on Thursday with the Three Lions currently edging top spot by virtue of their fair-play rating, having only received two yellow cards compared to Belgium's three.

Should the game finish in a draw with England receiving one more yellow card than the Belgians, FIFA would have to draw lots to determine who tops the group.

Interestingly come kickoff, the players will know the outcome of Group H. Could that tempt either team to get booked on purpose in order to avoid a particular last-16 opponent? Surely not … 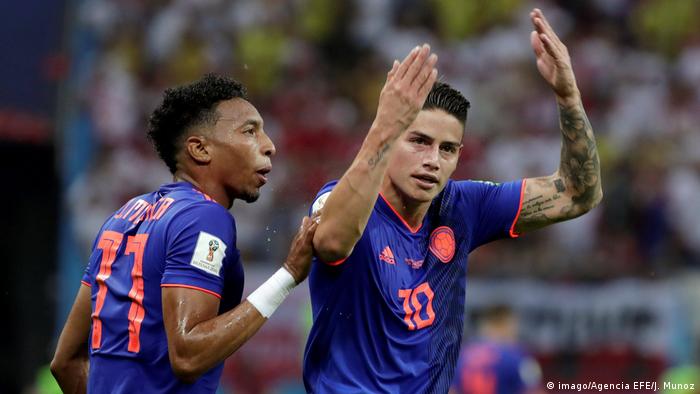 Bayern Munich's James Rodriguez still has a chance of progressing from Group H with Colombia.

Robert Lewandowski and Poland are already out but otherwise it's incredibly tense in Group H.

Japan and Senegal lead the group with four points each, and a draw in their final games would see both progress.

Colombia can advance if they beat Senegal. A draw would be enough for Colombia provided Japan lose to Poland. In that case, the South Americans would be level on points with the Blue Samarai but would have a superior goal difference, so James Rodriguez will be hoping for a favor from Bayern Munich teammate Robert Lewandowski.

The top two will face either England or Belgium in the last 16.