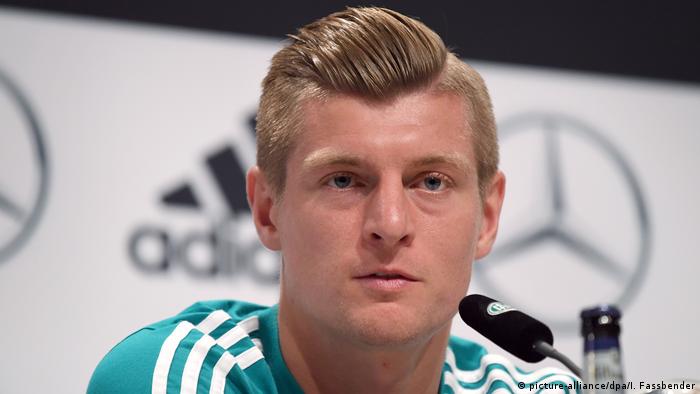 The German national team are gearing up for their World Cup opener against Mexico on Sunday, hoping to preserve their spotless start to big events under head coach Joachim Löw.

Read more: Pressure grows for Germany to do more than just win

The defending world champions have won just one of the six international friendlies leading up to this summer's tournament — a 2-1 win over Saudi Arabia last Friday. In fact, Germany haven't won their last two warm-up games before a major tournament since 2010, but they always step up their game when things get serious.

"The last friendly you could see that we were missing something and you could see that we did not have the fire you need for a World Cup. And it's normal that things get testy in training. You have to fight for every inch," Germany defender Jerome Boateng told a press conference Thursday at Germany's World Cup headquarters in Vatutinki.

"We are always known as a team that makes a good start to tournaments. It's very important for us to win the first game. And a good result will also give us confidence for the rest of the campaign."

Midfielder Toni Kroos, who was sitting to Boateng's left, added: "We know that we have to pick things up. But we are looking forward to the World Cup finally starting." 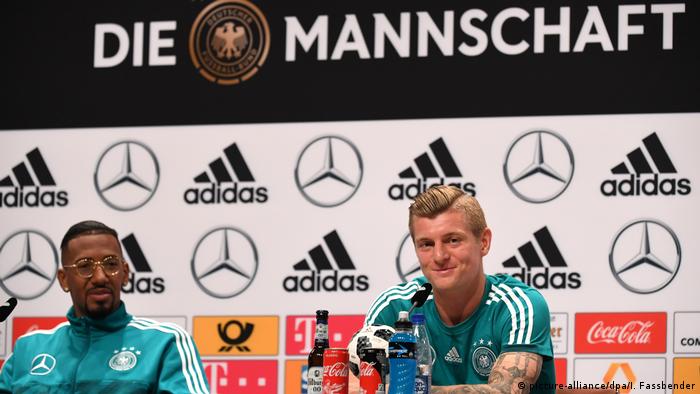 No Champions League hangover for Kroos

Kroos has achieved pretty much everything there is to achieve. He has won league titles in Germany and Spain and has lifted four Champions League trophies, one with Bayern Munich and three with Real Madrid.

Indeed, the reason for his tardiness to the national team's pre-tournament training camp was because of his participation in Real Madrid's 3-1 victory in the Champions League final in May.

Despite all of his success, he insists his hunger for trophies is as insatiable as ever.

"With the Champions League win, you could easily say the season is over, you've achieved your goals. You tend to shut yourself down, not just physically but also mentally," Kroos said. "But playing a World Cup with this team is a pretty good motivation."

Not as luxurious as Brazil

Four years ago, the Germany team resided in a purpose-built five-star hotel and resort on an island off of the Brazilian mainland. Their accommodation this year is much less picturesque — a red brick hotel block in Vatutinki, an industrial village outside of Moscow.

Löw has said the complex possesses the "the charm of a better sports school." Kroos and Boateng said Thursday that the downscale in luxury was not an issue and will not be an excuse if they fail to defend their World Cup title.

"Sports school, yes ok but we are here to do sport," Kroos said. "I think it's ok. We can spend our time here with two, three activities that we can do. It is absolutely ok and the desire for vacation afterwards becomes even stronger."

Boateng added: "We are here to play football and hopefully for a longer period of time."

Opinion: It's time for the beautiful game to draw us back in

A lot of people seem to be having trouble getting enthused about this World Cup. But, when the matches actually begin, the beautiful game is bound to draw us back in, just as it always has, writes DW's Chuck Penfold. (14.06.2018)

Having played for Dynamo Moscow for five years, Kevin Kuranyi knows a thing or two about Russian football. The 36-year-old former Germany international spoke to DW about the World Cup, hooliganism and Germany's chances. (12.06.2018)