World Bank sees global economy on the up | Business| Economy and finance news from a German perspective | DW | 05.06.2017

World Bank sees global economy on the up

Despite growing tendencies towards protectionism and some political uncertainty, the World Bank sees a positive outlook for the world economy in 2017 and beyond. But the UK's election is its next challenge. 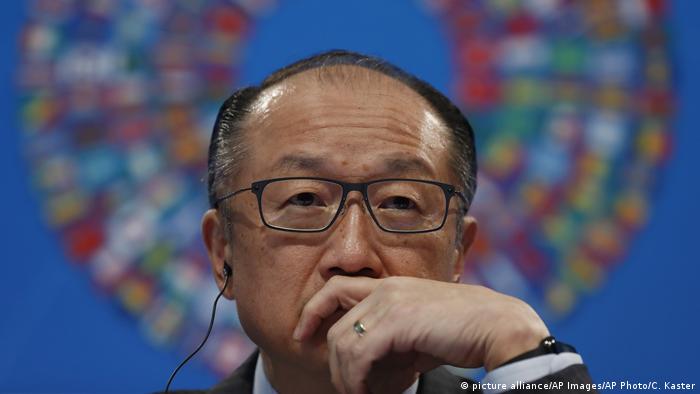 The global economy is set to post solid growth this year, amid improving trade and better performance by large emerging markets, the World Bank announced Sunday.

Yet rising trade protectionism and policy uncertainty, primarily in the United States under Donald Trump, are important caution signals for the outlook. Nonetheless, the bank expects the global economy to grow by 2.7 percent for 2017, rising to 2.9 percent in 2018 and 2019.

Growing confidence and "a recovery in industrial activity has coincided with a pick-up in global trade, after two years of marked weakness," noted the report.

As a group, emerging market and developing economies are expected to grow 4.1 percent this year, led by India, which is expected to expand by 7.1 percent, and China at 6.5 percent. Meanwhile, Russia and Brazil are expected to again return to growth after contracting for the past two years.

Advanced economies are continuing to grow but at a more modest pace, with the United States expected to expand by 2.1 percent this year and the euro area by 1.7 percent.

It's not all roses

Yet the report warns of substantial risks that could impact the forecast: "Increased protectionism, persistent policy uncertainty, geopolitical risks or renewed financial market turbulence could derail an incipient recovery."

Although the report does not mention Trump by name, it notes that proposed tax cuts and infrastructure spending could boost the American economy but were not factored into the forecast since they remain vague concepts.

In addition, restrictive US immigration policies and punishing tariffs could reduce growth. But the most immediate and disruptive issue at the moment is this week's UK election. 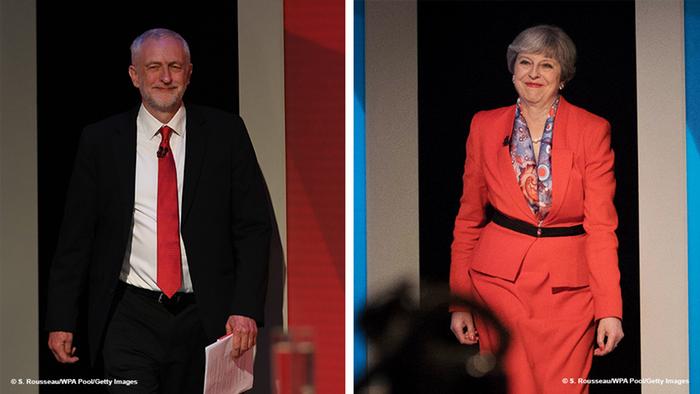 All eyes on London

Polls have given widely varying results for the national election, but some indicate the election could be close, possibly throwing Britain into political deadlock just days before formal Brexit talks with the European Union are due to begin on June 19.

It was also not immediately clear how the most recent terror attack on Saturday would impact the election, though the issue of security had already been thrust to the forefront of the campaign after the London Bridge and Manchester attacks.

The pound, on a rollercoaster ride because of ever-changing opinion polls ahead of Thursday's election, also steadied after Saturday's attack on pedestrians in central London spurred a sharp drop in early Asian trading.

After avoiding a TV debate earlier in the week, Conservative PM Theresa May has joined Labour leader Jeremy Corbyn in front of a TV audience. May's lead in the polls has shrunk ahead of next week's vote. (02.06.2017)

A resilient China, rising commodity prices and sturdy financial markets are offering a brighter outlook for the global economy, says the International Monetary Fund, but warns of a rise in protectionist policies. (18.04.2017)