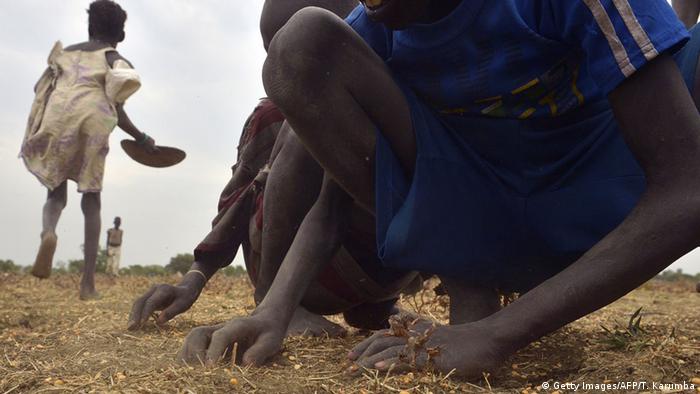 Poor people bear the brunt of extreme weather and lower rainfall, both linked to the rise in temperatures, the World Bank said on Sunday.

"Without rapid, inclusive and climate-smart development, together with emissions-reductions efforts that protect the poor, there could be more than 100 million additional people in poverty by 2030," the Bank said in a report.

But the report also warned that action on climate change can do little to reduce global warming between now and 2030, and urged policies to cushion the worst of the effects.

Such measures would include upgrading flood defenses and planting more heat-tolerant crops, as well as providing better health care and social protection for poor people.

"We have a window of opportunity to achieve our poverty objectives in the face of climate change, provided we make wise policy choices now," said senior World Bank economist and one the report's authors Stephane Hallegatte.

Diseases on the rise

The document, entitled "Shock Waves: Managing the Impacts of Climate Change on Poverty," was partly based on surveys of 1.4 million people in 92 countries.

It projected crop losses of five percent by 2030 and 30 percent by 2080 globally, and warned that 150 million people could be at risk from malaria, diarrhea and stunted growth.

There are now 702 million people living below the poverty line in the world, according to the World Bank. Even if the negative effects of climate change are reduced, the number could reach 900 million by 2030, officials said.

The Sunday release comes just weeks ahead of a major climate summit in Paris, with activists around the world calling for tough action.

"The statistics in the World Bank report are suitably shocking and I hope they force world leaders to sit up and take notice," said Mohamed Adow of Christian Aid.

"The Paris deal needs to support the poor and vulnerable communities to cope with unavoidable climate crises better, and to be more resilient to a changed climate," he added.

The US and other countries have pledged to scale up climate financing to developing nations to $100 billion (93 billion euros) annually by 2020, helping them reduce emissions and adapt to climate change.

Climate financing reached $62 billion in 2014, according to a recent report.