For most people, an HIV diagnosis in the 1980s was an automatic death sentence. But many survived for longer than anyone would have expected — like Gerhard from Germany, who has lived with the virus for over 30 years. 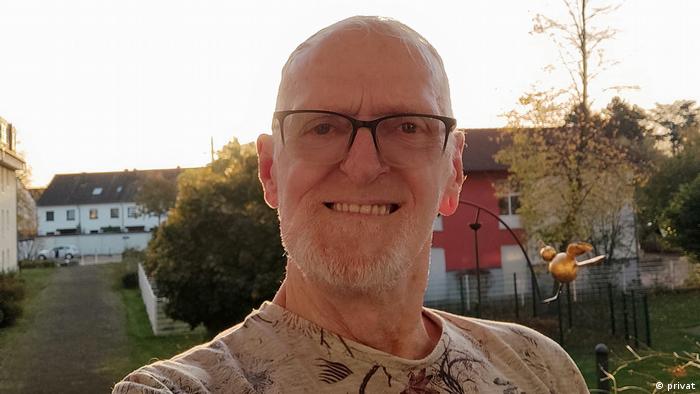 "At first I just didn't want to know if I was HIV-positive," Gerhard Malcherek remembers. "I went to the hospital, and I begged the doctors not to tell me." But they did — and the news was bad.

Now Malcherek leads a life like many other German retirees. "When you're old you tend to move to the countryside," he laughs, speaking on the phone from his house in a small village outside of Cologne. He enjoys long walks with his dog, does some voluntary work and spends time with his partner: An idyllic life for any 68-year-old.

But being able to enjoy his autumn years was never something that Malcherek took for granted. He was diagnosed with the human immunodeficiency virus in 1986. He was among the first people in the city of Cologne to receive the diagnosis and has lived with HIV ever since. 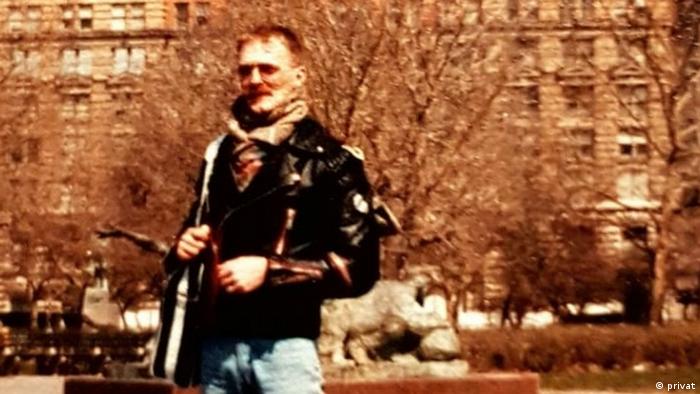 When Malcherek received his diagnosis, HIV was "basically a death sentence"

The origins of HIV

HIV is a virus that attacks cells that help the body fight infection. People with the virus thus become more vulnerable to other infections and diseases, and if left untreated it can lead to the disease AIDS (acquired immunodeficiency syndrome), which is lethal.

Without medication, people with AIDS typically survive for around three years, according to the World Health Organization.

The virus quickly spread around the world and became one of the worst epidemics in world history. The effects can be serious — and rapid.

In the 1980s, a diagnosis with HIV was "basically a death sentence," Gerhard explains.

Before German reunification, Cologne was the beating heart of West Germany's gay community. Gerhard said he was one of many gay men who were diagnosed at around the same time — but that did not make him feel any less lonely.

"For six years I went into my shell," he explains. "I didn't go out, I didn't do much. I had a boyfriend at the time who was HIV-negative, so we didn't have any sex anymore — we really lived like an old couple," he adds, laughing.

Gerhard took the antiviral medication AZT to keep the virus at bay, a pill that he had to ingest every four hours, day and night, that he says made him nauseous and "tasted like iron in the mouth, just awful."

In addition to the physical exhaustion and other symptoms, Gerhard had to face up to the stigma associated with HIV-positive people, which persists today.

"I did not tell everyone to begin with," he says. "But I started going to the Deutsche AIDS-Hilfe (Germany's largest HIV/AIDS group) and they really helped. Before that, I was at a point where I simply couldn't go on."

At the organization, Gerhard met other people with positive diagnoses, learned techniques about how to tell people like his employers, and how to have safer sex.

He volunteered as chairman of AIDS-Hilfe Cologne for 13 years, organizing events and advice for those living with diagnoses, and visiting hospitals and care facilities. In the 2000s, he received the Order of Merit, one of Germany's highest recognitions of public service.

But his friends kept dying. "A really scary number of people died," says Gerhard, shivering at the memory. "And of course I kept asking myself  — why did I survive? There are two or three of us in Cologne who are still alive today and I know we all ask the same question — why are we still alive? I still ask myself that." 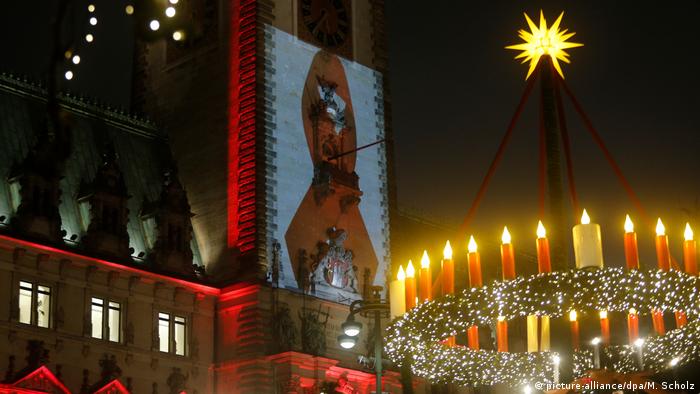 Every year on World AIDS day, German cities draw attention to the fight against HIV with special events

In Germany, infection rates are comparatively low. Just over 90,000 people in Germany are now living with HIV, according to the RKI's latest figures, published in November. In 2019, 2,600 new infections were confirmed in Germany, which was a slight rise on the year before.

In the 1980s governments in the US under Republican President Ronald Reagan and the UK under Conservative Prime Minister Margaret Thatcher were slow to offer help to gay men at the dawn of the epidemic. Victims were blamed for their orientations; religious leaders labeled the disease an act of God meant to punish homosexuality.

In Germany, too, some HIV sufferers faced stigmatization: "There were people who were bullied or discriminated against by landlords," Gerhard remembers. "But I never had problems like that."

To mark World AIDS Day 2020, German health authorities and AIDS activists have begun a campaign against stigmatization, which continues in Germany, too, albeit at a lower level:  The association of private health insurers in Germany presented the result of a survey in which one in five Germans admitted to having reservations about sharing office space with HIV carriers.

"I was lucky, I had a good job. I could always get medicine under my public health insurance. When I got really ill, in the early 1990s, I was pensioned off from my job, aged 40. My boss was very understanding."

Gerhard's partner, who comes from the US, settled in Germany in part because of the better health care available for HIV-positive people.

The COVID-19 pandemic and AIDS

A virus and conspiracy theories

Things have changed in the years since Gerhard's diagnosis: HIV is no longer the death sentence it once was in most Western countries but remains an aggressive and often fatal disease in parts of Africa and other developing countries. Some 38 million people worldwide live with the disease.

While there is still no cure for the virus, medication means that an HIV diagnosis in 2020 can be treated. In Germany, HIV self-testing kits went on sale in 2018.  Over 90% of all HIV carriers take medication successfully suppressing the virus, enabling them to lead entirely normal lives.

A course of medication commonly referred to as PrEP,has been rolled out for free in many countries including Germany: Those who take it prevent infection with HIV.

"If we had what the young generation now has, we would have been saved a lot of pain and misery," Gerhard says. He suffers from a painful HIV-related chronic nerve condition.

Still, he remains keenly politically and socially engaged. And he has little understanding for the conspiracy theories relating to the coronavirus pandemic. Having spent so long in hospitals as a victim of a horrific virus, Gerhard has little patience for those who question images of coronavirus intensive care units.

"It's crazy that people look at images of hospitals that are completely overburdened, and say 'that's fake,'" he says sadly.

People are not well-equipped to talk about disease, he thinks.

"But for me — well, I'm used to it," he adds. "I wonder a lot about where my life would have gone without the disease. But my life has been good."

One doctor in India gave many of her HIV/AIDs patients hope by helping them find partners. More than two million Indians are HIV positive. Many conceal their illness because of the stigma.

Three donors have joined the New Zealand project that aims to reduce the stigma often faced by people living with the virus.

HIV: Dr. Hendrik Streeck on the likelihood of a vaccine