Workplace feedback doesn′t have to crush you | Science | In-depth reporting on science and technology | DW | 08.05.2019

Workplace feedback doesn't have to crush you

It's the day before your yearly work evaluation and you've already stress-sweat through three shirts. Why? 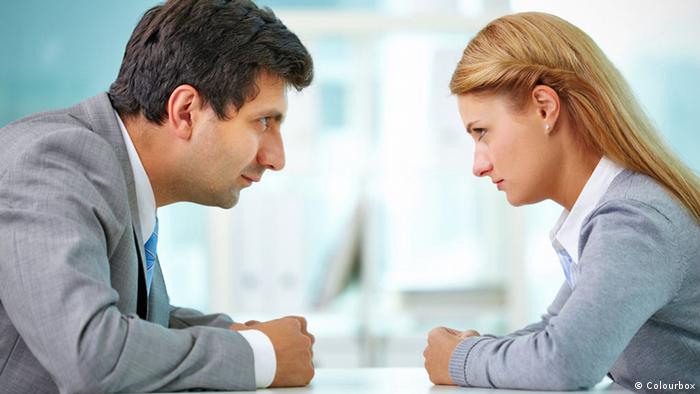 As we know, what we need isn't always what we want.

Why are we so afraid of feedback?

"It deals a lot with who we are,” said researcher Nikos Dimotakis. "People need to feel that they relate to others, that they have autonomy and that they are competent."

Positive feedback, such as words of affirmation or compliments, is more likely to increase "self-efficacy” (people's confidence in their ability to improve), than negative feedback or even constructive criticism, according to a 2017 study published in the Journal of Applied Psychology, conducted by Dimotakis, Deb Mitchell and Todd Maurer.

Read more: Why Germans don't give compliments and how an American learned to deal with it

The study measured "positive feedback” strictly as words of affirmation. So, for example, a boss complimenting an employee on a job well done. Everything else — including constructive feedback — was measured as negative.

The researchers found that, contrary to intuition, constructive feedback proved in most cases less helpful to employees than simple compliments. Employees who received a majority of feedback that was positive were more likely to ask for feedback in the future, while those who received negative feedback avoided asking for it.

Constructive feedback has more negative effects than positive because it implies, despite how kindly it's delivered, that one is doing a bad job, Dimotakis said. Negative feedback can stir deep-seated feelings of inadequacy, sometimes invoking existential crises in which people aptly question whether they are intellectually capable of completing the job in the first place. 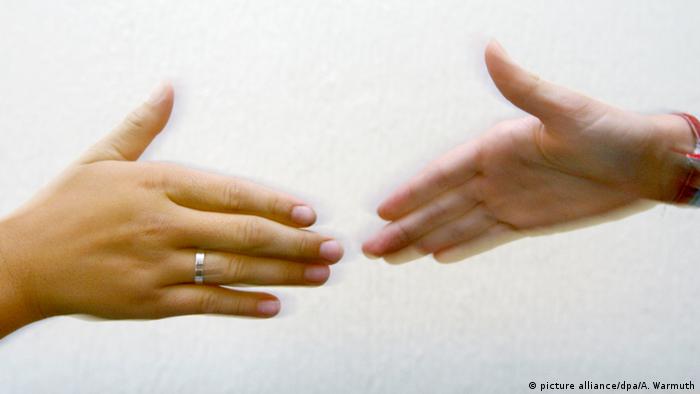 Always start and end on a positive note, even if you express criticism.

However, a workplace culture centered strictly around positive feedback is unsustainable — how could anyone improve? Nobody is perfect, and people need guidance. Feedback is essential to the smooth operation of hierarchical organizations like the workplace and in other aspects of life, too, such as relationships, Dimotakis said.

But if we know people react more negatively than positively to constructive feedback, how can bosses and managers strike a balance when negative feedback must be given?

They should start by giving feedback that employees can improve upon, Dimotakis said.

Broad, unspecific negative feedback like "you need to focus” lowers employee morale because it doesn't provide advice on how to solve the problem.

"Feedback has to do with behavior, not the person,” Dimotakis said.

So, if an employee keeps making mistakes, rather than simply telling them to focus more, it's wiser for a boss to tell them to take steps to be more prepared so they don't feel rushed and anxious. An employee will feel more in control of their situation if given specific feedback on practical task-related steps they can take to improve.

Read more: Procrastination – Not so bad after all?

Workplace environments also influence how we process feedback. Employees often feel they can't act on feedback because they don't have the time or resources to do so. In this case, it's important for supervisors to establish a level of trust with employees to cultivate a positive working environment where communication is encouraged and employees feel supported to make improvements.

Employees need to feel like they are in an environment where they are able to ask for feedback, and supervisors need to be willing to work to remove obstacles to improvement for them if needed, Dimotakis said.

Sometimes employers will have feedback that is more inherent to an employee's personality than their behavior. For example, a restaurant manager may tell an otherwise competent waitress to be more energetic and talkative. If she's an introvert, this might not come naturally to her.

If given feedback they don't feel they can act on, Dimotakis advises employees to ask for clarity or consider a different job more suited to their character and abilities.

When we only focus on what's missing from our lives, we can develop a sense of negativity that's hard to shake. Taking time to appreciate the good stuff — trite as it may seem — is important, especially in tough times. (12.04.2019)

You can actually train your "humor muscle"

Can't find anything to laugh about? That's a pity, because according to a new study, laughter actually makes people happier. (11.04.2019)