The 1950s and 60s saw the emergence of the first all-female rock and beat groups. But, in Germany at least, commercial success largely eluded them. One veteran of the scene says not enough has changed since then. 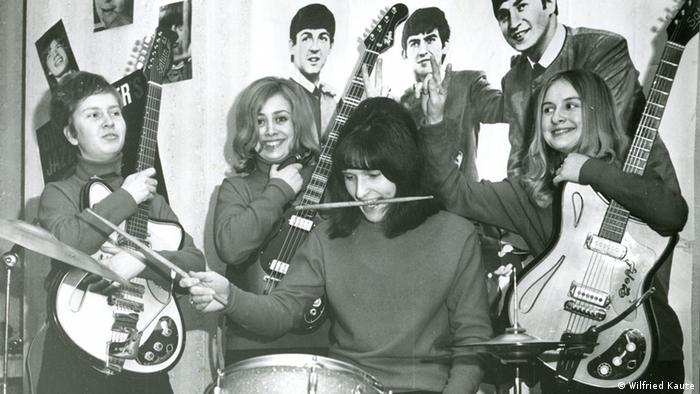 The first all-female beat band in Germany, the Rag Dolls, came out of the city of Duisburg in the industrial Ruhr Valley. Coal mines, steel plants and hard-nosed, soot-stained laborers dominated everyday life. Photographer Wilfried Kaute, a friend to the four musicians and later their manager, can still remember their first show.

"When they first got on stage, there was initially silent shock and only reserved applause - so as if to say: it's all right, but get some practice. The idols in music were just the Beatles and the Rolling Stones."

Beat music, in particular, was seen purely as a man's domain at the time, Wilfried Kaute says: "The girls were obliged to be well-behaved and stand below the stage and clap. They were welcome as groupies, but up on stage: Nope, not having it. There were some exceptions in Schlager music: Heidi Brühl or Peggy March in England. In beat and rock music, that wasn't the case." 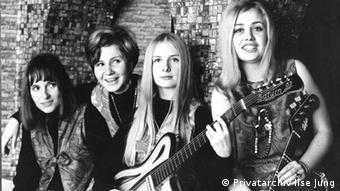 The Rag Dolls, German rockers from the Ruhr Valley

Young women who wanted to become musicians in the 1960s were often met with confusion or a shake of the head from their girlfriends, who tended to think young women should be learning crocheting or knitting rather than to play guitar.

Throughout music history, the number of women who have achieved fame playing electric guitar remains comparatively low, according to music scholar Thomas Mania, curator of the exhibition "She Pop - Frauen.Macht.Musik" (She Pop - Women.Power.Music) at the Rock'n'pop Museum in Gronau, in western Germany.

"In the 50s, for example, there was Cordell Jackson; she played rockabilly guitar. But that was an absolute exception. In the 50s, people saw female musicians really just as vocal groups like with the Supremes from the US. And that didn't change in a significant way until the student unrest in the 1960s," Kaute said.

German singer and songwriter Ulla Meinecke recalls that period well. "I had played guitar since I was seven. But nobody wanted to let me play in the school band back then. At the beginning of the 60s, that was unthinkable: a girl on guitar. And so that led me to hang up my guitar more or less by 17 or 18." 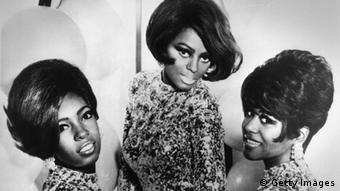 But Meinecke did not let that stop her from becoming a musician. She began writing song lyrics and started her career not on stage, but behind it. In Hamburg, she managed the Panik-Orchester of German rock superstar Udo Lindenberg, and she organized concerts. When Lindenberg happened to hear one of her songs in 1976, he encouraged her to take up singing and songwriting as her career.

The Rag Dolls' career was already at its end by then. In 1969, the band had broken up, due to too many tensions between the four young women's future plans, recalls Wilfried Kaute. "Just two became professional musicians and kept going down that path."

The drummer Renate Wassermeyer joined the Liverbirds in England, one of the few female bands who were able to get a foothold in the concert business during the Beatles era. And the guitarist Ilse Koeppen stayed in the rock business and still plays today in a band.

"The existence of the Rag Dolls in the 60s had a kind of lighthouse character," believes Thomas Mania, adding, "In Germany, there wasn't a successor band. So you could say that the Rag Dolls were the starting point for a development in music history. It was a one-of-a-kind thing." 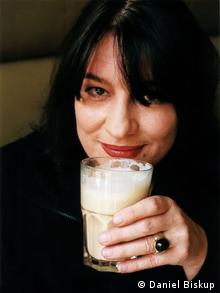 With the rise of punk at the end of the 1970s, young women stormed clubs and concert stages. Early forerunners were The Slits from Great Britain. Androgynous, provocative and forceful on stage, their sarcastic and ironic lyrics spared nothing in going after the feminine ideal of the period. In August 1978, the band played three concerts in Berlin with the Nina Hagen Band as an opener. Shortly thereafter, Nina Hagen, who had trained in East Germany as an opera singer, made her brand of punk part of the national discussion in West Germany with shrill tracks like "Unbeschreiblich weiblich" (Indescribably Feminine). Her first two albums went gold, signifying sales of over 100,000 copies. 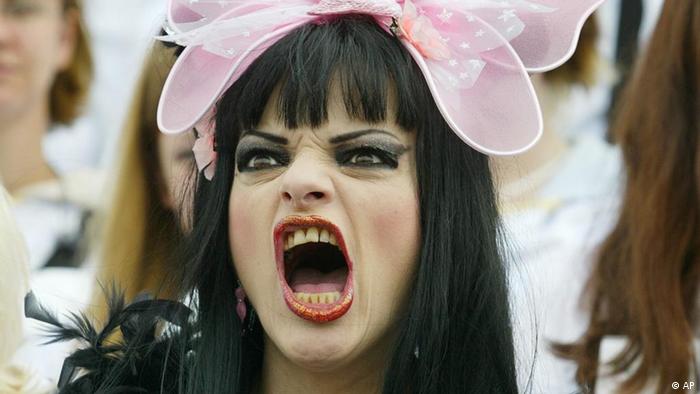 But for Ulla Meinecke, who can look back at over 30 years of experience on stage, little has changed in those decades. "There are of course more musicians than before. But things haven't developed in the way that I imagined back then in the 60s, with the girls really being equals with the boys," she said.

Switzerland may lag behind Germany and Austria somewhat in terms of exporting cool indie music, but when it does, it can really come up with the goods. DW caught up with teen all-girl trio Velvet Two Stripes in Berlin. (14.06.2012)

Cyminology go for a global sound, free of cliches

Persian poetry from the Arabian Nights mixed with modern, urban jazz - that's the recipe behind the music of Berlin-based band Cyminology: experimental and dodging the pitfalls of the world music genre. (02.08.2013)

Bollywood in frame over women as sex objects

Sexual violence in India has made headlines across the world over the recent months. Activists have pinned the blame on Bollywood's culture of objectifying women, but how much truth is there to the accusation? (30.04.2013)