Of the 900 Nobel Prizes since 1901, only about 50 have gone to women. This has nothing to do with women's abilities as scientists. The problem is, there are still far too few women doing science. 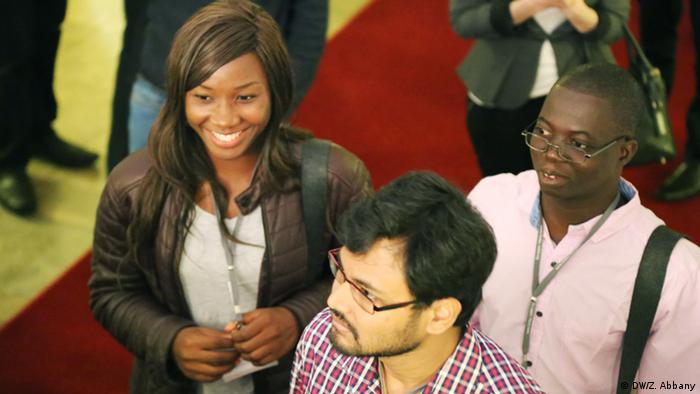 It got my attention for the sheer scale of it. But if it hadn't been for the 3,000 years, I would probably have overlooked the alert. The phrase "the first woman" has become as much a cliché in journalism as it is a sad truth in society. There are so few "first women" we still feel the need to celebrate each and every one. And so we should. But why, in 2016, aren't we celebrating "The hundredth woman to head the [...enter your institute of choice…]"?

Whether it's Hillary Clinton as the first woman presidential nominee for a major US political party or Pascale Ehrenfreund as the first woman to head the German Aerospace Center, our celebration should be muted. We have hardly taken our first steps.

This is especially true in the sciences.

And, yet, getting women to talk about "women in science" is not as easy as you may think.

Some women - scientists and non-scientists - and men, feel it is important to keep pushing the issue in mainstream debate to remind us just how bad the situation is for women pursuing careers in science, technology, engineering and math (STEM), or computing.

But there are others who say the debate distracts us from the actual science women do. So they tend to stay away. DW asked a range of top female scientists to join a panel discussion on the subject on Tuesday (28.06.2016) at the Lindau Nobel Laureate Meeting. One Nobel Laureate who declined said she preferred to inspire young scientists by talking to them about the science itself - the process and the results.

We also asked Professor Emmanuelle Charpentier, director at the Max Planck Institute for Infection Biology and a co-creator of the gene-editing technology CRISPR-Cas9. As such, Charpentier is a Nobel Laureate in-waiting. 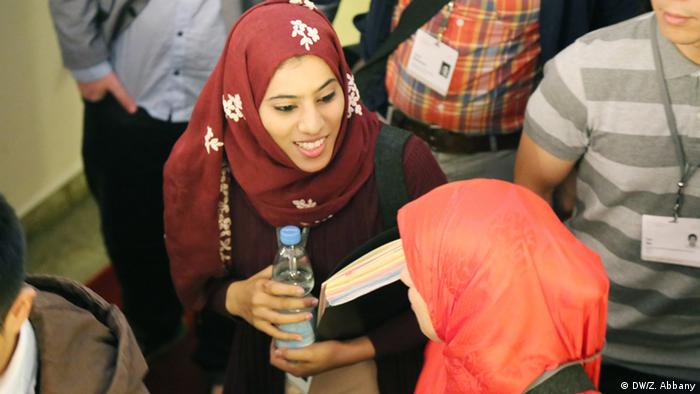 Charpentier declined our invitation due to prior commitments. But she sent us this message, which shows there is no easy answer, especially on how to improve the balance between men and women.

"Although I feel the debate can distract from the science, I believe women scientists should share their experiences," said Charpentier by email. "I do not believe that the issue of women in science will be resolved through positive discrimination, instead one has to consider the underlying societal and conservative issues."

It's not only a subject for women to consider. It's for men too.

Three days after returning from the International Space Station (ISS) earlier this month, British astronaut Tim Peake faced a news conference in Cologne at the European Astronaut Center. A lot of the questions were about science education.

DW asked about women taking up STEM subjects. Peake said it was important to "encourage women into science."

"This is something we have to work on," says De Winne. "If you look at the class of 2009/2010, the year Tim [Peake] was selected, about 15 to 20 percent of initial applicants were women. And that stayed constant, because we select based on quality. In the end we had one woman out of six astronauts, which was Samantha [Cristoforetti], so that's still the same percentage." 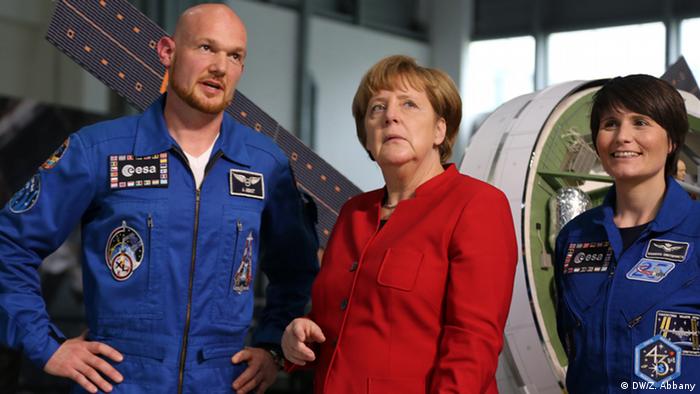 In 48 missions, though, there have been just two female ISS commanders, Peggy Whitson and Sunita Williams. Cristoforetti told DW she would welcome the chance but wouldn't want the job just because she's a woman.

"Of course it would be a great professional opportunity to serve as ISS commander," she wrote in an email. "But being a woman is not in itself a merit: I was born a woman, I don't think this entitles me to obtain special [...] accolades for accomplishing the same things that a male colleague has accomplished."

So Cristoforetti's no fan of positive discrimination either.

There is another aspect to the debate, one which some academics feel receives little or no attention. And that's the issue of discrimination on the basis of color, cultural heritage, gender identity, sexual orientation, straight-up sexual harassment or a combination of these.

Astronomy has been dogged by a number of charges involving sexual harassment. Well-documented cases include Timothy Slater, then at the University of Arizona, and exoplanet hunter Geoffrey Marcy of Berkeley.

It's hardly an encouragement or inspiration for young women.

One astronomer at the University of St. Andrews told DW that scientists have long liked to think sexual harassment doesn't exist in their fields. But scientists are like any other people - they have their flaws too.

The issue of race, meanwhile, is a "white" elephant in the room, to mix metaphors. Writing in 2014, Dr. Chanda Prescod-Weinstein, a physicist and activist in the US, suggested most improvements for women in science had benefited white women more than women of color.

What, then, if you're of color, female and gay?

Physics has dominated the past year in science - keywords being Einstein, gravitational waves and black holes. For the next five days, it's all the young scientists and Nobel laureates in Lindau will talk about. (26.06.2016)

An 'unfavorable environment' for female scientists

Teams of female scientists tend to pursue different questions than teams of men. That alone makes the case for diversity in the lab (and beyond). Emilie Marcus of Cell Press tells DW why it's not happening yet. (09.11.2015)

Next stop Lindau: The Nobel meeting that rehabilitated German science after the Nazis

The 2015 Nobel Prize science winners have joined a select group - they are now "Nobel Laureates." Once a year laureates meet at Lindau, a small town on Lake Constance that helped restore trust in post-war German science. (10.12.2015)