According to a centuries-old custom in Pakistan, men and women are killed with a sense of righteous pride for allegedly establishing "illicit" relationships. 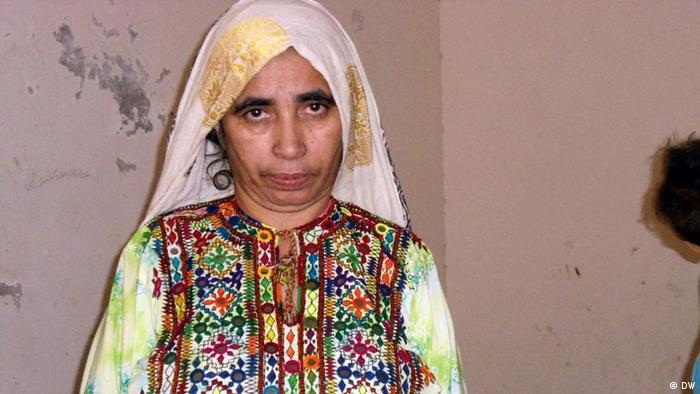 Honor killings in Pakistan are known as "Karo Kari" in Sindh province, "Kala Kali" in the Punjab, "Tor Tora" in Khyber Pakhtunkhwa and "Siyahkari" in Balochistan. The terms are used for persons accused of indulging in adulterous or "immoral" behavior.

Traditionally, honor killings in Pakistan are not considered murder. They are accepted and recognized as a way of protecting family honor. Members of a certain clan or a family consciously decide to kill an allegedly adulterous or guilty individual and the perpetrators are backed by their families.

While men often escape death by running away or persuading the woman’s relatives to accept cash, land, or a woman from their own clan in marriage, women suspects rarely have such alternatives. In most cases, the family of the accused woman does not seek any concrete evidence of adultery. A man can kill a woman on the basis of rumors of her talking to, walking, smiling at or sitting next to a man other than her husband and immediate male family members, quite apart from sleeping with another man. Even educated families with a certain degree of socio-cultural awareness do not speak out against this custom. Some sacrifice the woman concerned only to preserve their honor, while others do it because they are forced by social pressure. 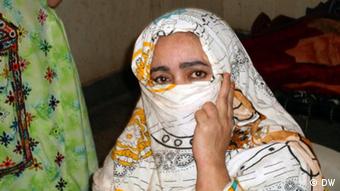 Women's families usually do not seek any evidence of her misbehavior

Few women accused of violating the honor of their families find help in time. One such woman is Hakimzadi, who managed to reach the Dar ul Aman (shelter home) in Sukkur, 480 kilometers away from Karachi in Pakistan’s Sindh province. She says, “My parents had given me a large dowry and a lot of jewelry. After my husband went to Karachi, he sold my jewels for his new business and built a new house. He also got married to a much younger woman after his business began to prosper. When I went to visit my brothers in another town, my husband warned me not to return. He threatened to brand me as Kari and if I ever returned, he would kill me. He even took away my two disabled children.” On receiving this threat, Hakimzadi sought protection from the police and took refuge in the Dar ul Aman.

In an interview with Deutsche Welle, Shaukat Ali Abbasi, a senior police officer at Sukkur, said that 144 cases were registered in 2009 and 2010 in the districts of Sukkur, Khairpur and Naushehro Feroze. He said that 48 men and 119 women had been killed and 1,438 persons sent for trial. “In 2011”, says Abbasi, “85 cases were registered in four districts of Sindh, in which 30 men and 73 women lost their lives. We found only 92 dead bodies as the remaining 11 corpses had been thrown into the river.”

The Sindh Police, with the help of the United Nations agency UNDP, has recently launched a campaign in these four districts to put an end to Karo Kari. Abbasi describes the programs his organization conducts to rescue possible victims: “We register Karo Kari cases and take them to the courts. To help the affected persons, a panel of lawyers has been created in each district. They work with us without charging any fees. We have launched a sufficient number of training programs and trained the investigating officers and the clerks as to how to tackle these cases and spread awareness among masses against honor killing.”

Abbasi believes this program has been fairly successful. So far, 17 women who were about to be killed by their families have been rescued. However, a lot needs to be done for the nearly 500 women slain in the name of honor every year in Pakistan.

Honor killings are on the rise in Pakistan

Every day people in Pakistan open their newspapers to find at least one story describing how a woman has been killed in the name of "honor." (27.01.2012)

Three members of an Afghan Canadian family have been found guilty of murdering four other members of their immediate family in what a judge termed an "honor killing." (30.01.2012)