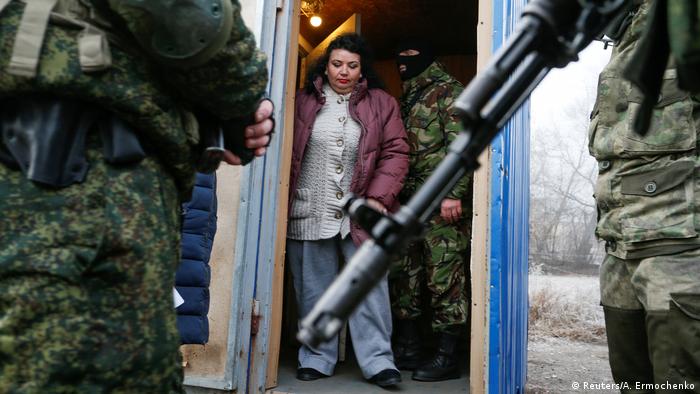 When Ukraine, Russia and Moscow-backed separatists exchange prisoners, it is usually men — captured fighters and male civilians. In the latest exchange on December 29, 2019, however, pro-Russian separatists handed over a total of 76 people to Ukraine, more than a dozen of them women. DW met two of those women in a clinic in Kyiv, where they were receiving medical care.

Olena Sorokina stood out during the prisoner swap. She got off the bus wearing a white sweatshirt that had a trident, the Ukrainian national emblem, sketched on the front with a ballpoint pen. On the back, the shirt was emblazoned with the words: "Ukraine is my state."

"I drew on the sweatshirt at night in my cell under the bed," Sorokina said, adding that was what she wanted to wear when returning to Ukrainian forces. "There were armed guards on the bus, so I only put the sweatshirt on when I saw soldiers with Ukrainian insignia outside — at that point, nobody could hurt me anymore." 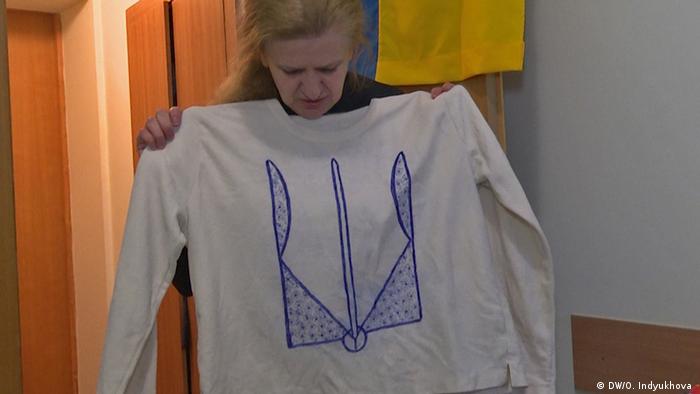 The 50-year-old spent about a year in a separatist prison in the self-styled "Luhansk People's Republic" near the Russian border. "I never hid my pro-Ukrainian attitude," she said. "There were plenty of reasons to put me in prison, but they caught me because of the leaflets."

Sorokina lived in the small town of Pervomaisk, where she ran a pet shop. She was arrested in 2018 on charges of espionage for Ukrainian intelligence, treason and extremism. "I was accused of extremism because I pasted leaflets on walls and congratulated people on Ukraine's Independence Day," she said. Her sentence: 13 years in prison.

No family, no fear

In prison she met Anastasia Mukhina. The 72-year-old from Luhansk was sentenced to 16 years in 2018, also for pro-Ukrainian leaflets, she said. The two women became friends in prison and helped each other. Today they share a room in the clinic and can hardly believe they are free again.

"I was not afraid," Sorokina said about her life in the separatist-controlled area that Ukraine has declared as occupied by Russia. "I was told that I was risking a lot and bad things could happen to me," she said, struggling with tears. "But I have no family, so I was not afraid." 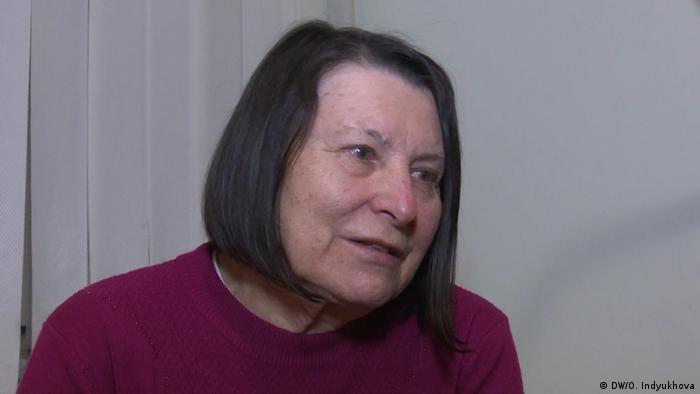 While Sorokina was not tortured, conditions in the prison were tough. "We drank water that was not really clean drinking water," she said. "We were only allowed to go to the toilet twice a day, and we were given a barrel which stood beside the place where we ate."

Worried about the future

The Ukrainian government has promised all released prisoners aid amounting to about €3,500 ($3,800). The two women still do not know what will happen to them and where they will live. Sorokina wants to take both Russia and the separatists to the European Court of Human Rights. She hopes Kyiv will eventually control the separatist areas again. "This is our country," she said, with tears in her eyes.

Sorokina may owe her release to a rapprochement between Russia and Ukraine, but she has decidedly mixed feelings: she is worried that Ukraine could be paying too high a price.