A woman who claimed US President-elect Donald Trump kissed and groped her against her will has filed a defamation lawsuit. If the case goes to trial, it could lead to the release of damaging information about Trump. 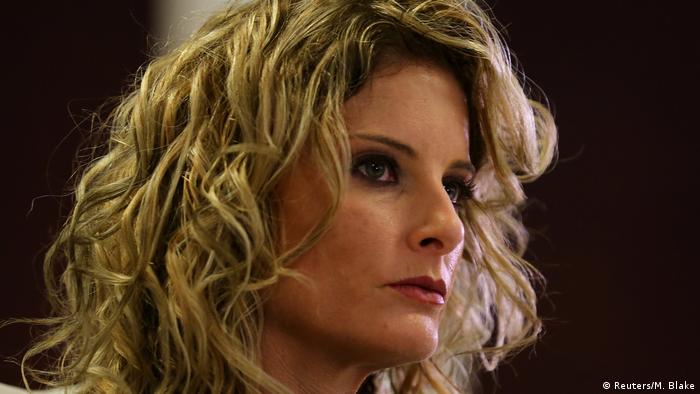 Donald Trump's provocative tweets create problems for US diplomats and are harmful to American soft power, Harvard political scientist Joseph Nye tells DW. He also has some advice for US allies on how to deal with Trump. (16.01.2017)

The director of the CIA says Donald Trump should tweet less and focus on his new job more. Later on the same TV program, the incoming US vice president sought to reassure Americans concerned by Trump's ties to Russia. (15.01.2017)

A former reality television contestant who accused Donald Trump of making unwanted sexual advances filed a defamation lawsuit against the president-elect on Tuesday, days before his inauguration.

Zervos and more than a dozen other women came out in the weeks before the November 8 election claiming Trump had made unwanted sexual advances. The allegations arose after a 2005 video surfaced of Trump bragging about groping women. Trump later apologized for comments made in the video, calling his choice of words "locker room talk."

Zervos claimed Trump tried to kiss her without consent at his New York office in 2007 and later kissed and groped her and tried to get her to lie on a bed at a meeting at a Beverly Hills hotel about a possible job.

Trump has denied he ever made sexual advances on Zervos or the other women. He accused Zervos and the other women of lying and fabricating stories in order to gain attention. On the campaign trail, Trump threatened to sue the women who made the claims, but he has so far not taken any legal action.

"All of these liars will be sued after the election is over," Trump said at a rally in Pennsylvania in October.

Trump told a rally in Charlotte, North Carolina, after Zervos made the allegations that it was "not hard to find a small handful of people willing to make false smears for personal fame - who knows maybe for financial reasons, political purposes," according to the lawsuit.

"Mr. Trump's false, defamatory statements about Ms. Zervos - that, among other things, she made up her descriptions of Mr. Trump's misconduct as a hoax, and that she is creating a 'phony' story just so that she can be famous - have been deeply detrimental to Ms. Zervos's reputation, honor and dignity," the lawsuit stated.

Zervos's attorney Gloria Allred said at a press conference that her client had taken a lie detector test. She said Zervos would drop the lawsuit if Trump retracts his statements and apologizes. Otherwise, if the case goes to trial, she would seek unspecified compensation.

Responding to the lawsuit, Trump's spokeswoman, Hope Hicks, said there was "no truth to this absurd story."

The lawsuit, if it goes to trial, raises the possibility Trump may have to give a deposition. It may also lead to the release of previously undisclosed documents and outtake videos from 14 seasons of "The Apprentice."

"We would certainly seek any and all information and documents, recordings, et cetera, which may be relevant to the litigation of our lawsuit," Allred said.

Anti-Trump-demonstrations shortly before the presidential inauguration