Is it fair that some teams get to face Bayern Munich after the Bavarians have wrapped up the league and have nothing left to play for? No way, say two rival managers from the top and from the bottom of the table. 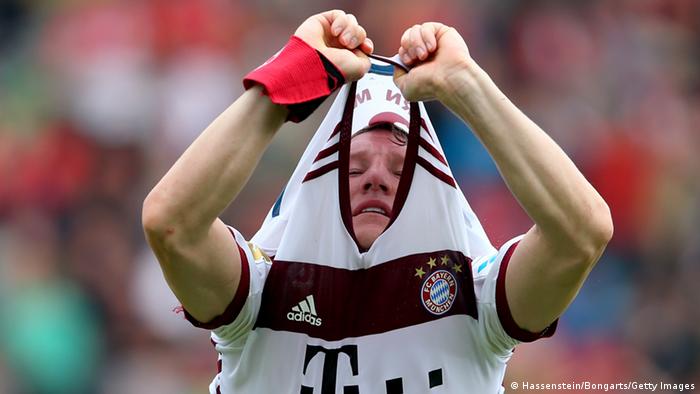 Bayern Munich might be bad for competition - and not just because they tend to seal top spot in the Bundesliga weeks before the end of the season. Some critics also contend that teams who play the Bavarians late in a given campaign have an unfair advantage.

"Before now, Bayern were a model of professionalism, but you haven't seen that in the past few weeks," Wolfsburg commercial manager Klaus Allofs said in a TV interview on Sunday after Munich's third straight league loss. "I've very disappointed at how they've recently handed out points and not played up to their abilities. I can understand why some clubs are really angry."

Bayern's squad has been drastically thinned out by injuries, and against Freiburg on Saturday coach Pep Gaurdiola did field a number of his top players, including Robert Lewandowski, who played in a mask due to facial fractures.

But Bayern went on to lose that match, which had some of Freiburg's competitors in the relegations battle hopping mad. Hannover sports director Dirk Dufner, whose team is level with Freiburg on points just above the drop zone, was particularly sarcastic.

"It quite possible that in future four or five teams will apply for permission to play against Bayern late in the season," Dufner fumed to dpa news agency.

The relegation battle is going down to the last day of season this year with six teams - including Hannover - still potentially facing the drop.

Going into matchday 33, six teams were involved in the relegation fight. After it, those same six teams are all still in danger. Nonetheless, there was a lot of movement in the table. Here are the winners and losers. (16.05.2015)

Six teams in the top-nine of the Bundesliga met on the penultimate matchday, with European places there to be decided. Wolfsburg, Leverkusen, Gladbach and Schalke all sealed wins, whilst Augsburg lost at home. (16.05.2015)