Hilbig's novel can be read as a satire about the Stasi and the GDR's literary scene. But it is also a commentary about life in an atmosphere where it is no longer possible to differentiate between victim and perpetrator. 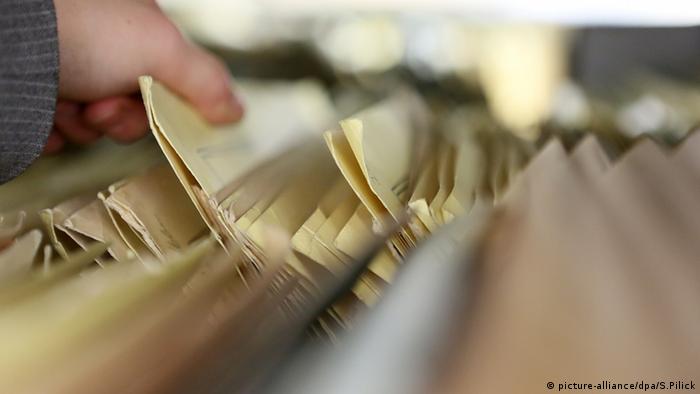 The Stasi kept files on nearly everyone in the GDR

I is the shortest and seemingly simplest title in our 100 Books selection. "Seemingly" simple because behind this I, a whole lot of acronyms and other aliases exist, such as an M. W., a W., a Cambert, and a C. It's a tactic that alludes to dubious existences.

Wolfgang Hilbig tells the story of a poet in the GDR, who becomes a Stasi informant. M. W. grew up in the small town A.. Even as an adult, he lives with his mother. During the day he works as a boilerman; in the evening, he is a writer who wants to be accepted in his city's humble alternative scene.

How one becomes an informal collaborator

'I' by Wolfgang Hilbig

Half voluntarily, half blackmailed with a fake paternity suit delivered by "gray gentlemen," he begins to report to the secret state security apparatus. Everyone should be surveilled by everyone else. Yet to do justice to the goal of the Stasi, he increasingly loses grip on everyday reality, spinning it into pseudo-philosophical ways of thinking.

"Everyone in everyone's hands, perhaps this was the ultimate goal of utopian thinking. ...And hence the utopians' secret desire for anarchy, since anarchy brings the thought of collapse to the surface and necessitates the thought-watching service in the first place."

Finally, M. makes the leap to Berlin, where he enters into a dispassionate relationship with his landlady. She gives him a job in a laundry shop. But the Stasi soon finds him again, in the form of a man named Major Feuerbach. His name, reminiscent of Hegel's pupil Ludwig Feuerbach, is one of the many satirical allusions Hilbig makes in his novel. 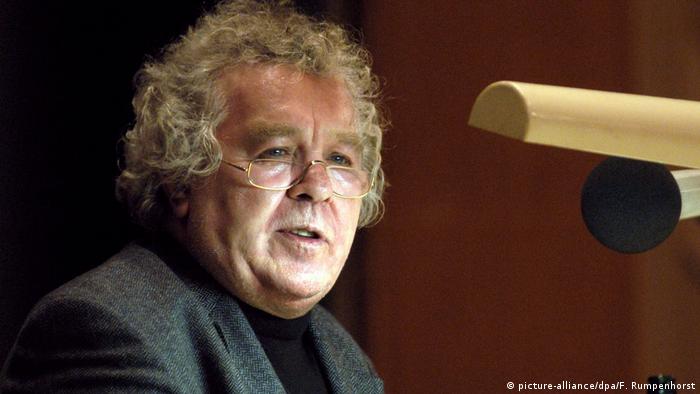 During the day, M. scurries like a rat through the Berlin underground, spying, and settles in the cellar corridors between old apartment buildings. At night, he mixes into the unofficial literary scene in Prenzlauer Berg. He disguises himself well as the Stasi ensures his poetry is published in literary magazines. Under the code name "Cambert," he is given the task of surveilling the underground poet "Reader."

As the case brings nothing, he is to be withdrawn. Yet "Cambert" cannot leave his role as a spy. He spies on Reader's girlfriend from the West, with whom he falls in love.

Hilbig's novel takes on ever more grotesque twists; one deception turns into another and W.'s life story turns like a foolish pirouette. The profound conversations with the commanding officer Feuerbach become ever more comical and the satirical allusions to the GDR literature scene more and more apt. 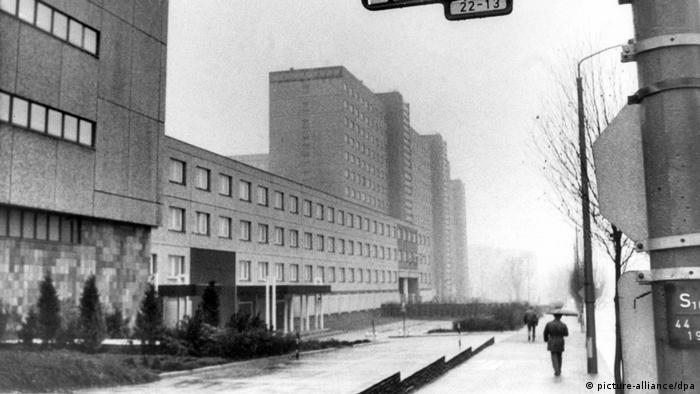 The Stasi headquarters in East Berlin

The fodder was already there

Wolfgang Hilbig evaluated his own Stasi file for his novel, which first appeared in 1993. Like the protagonist in his novel, he was originally a boilerman and left the GDR for the West in 1985. When he returned in 1990, the subject matter for the novel was metaphorically there for the taking. As the Stasi files became accessible during the reunification period, it became increasingly apparent how many contacts writers had with the secret police. Particularly shocking was the case of the Prenzlauer Berg poet Sascha Anderson. As an informal collaborator — or unofficial Stasi employee,  Anderson had been spying on his closest writer friends for years.

Hilbig was not about to comment on the Stasi involvement in the Prenzlauer Berg scene in a roman à clef. Rather, his book is written as a satire in which the impotent security apparatus is laid as bare as the literary scene itself. In doing so, he has successfully captured the absurd atmosphere of life in the final days of the GDR.

Wolfgang Hilbig was born in 1941 and hails from the city of Meuselwitz in Thüringia. A skilled boring machine operator, he wrote poetry and narratives as member of workers' literary circles. He was quickly excluded from these groups as his poems were too "free." He moved to Leipzig and Berlin, where he worked as a boilerman until 1979, after which he made his living as a freelance writer. In 1985, he was given a visa to travel to the West and he left East Germany at that time. In 1990 he moved back to Berlin. Wolfgang Hilbig died of cancer in 2007.