With a little help from my audience

Investigative journalism around the world is struggling to survive. But in Latin America, some upstart investigative websites are staying viable by keeping their audiences engaged and getting them involved. 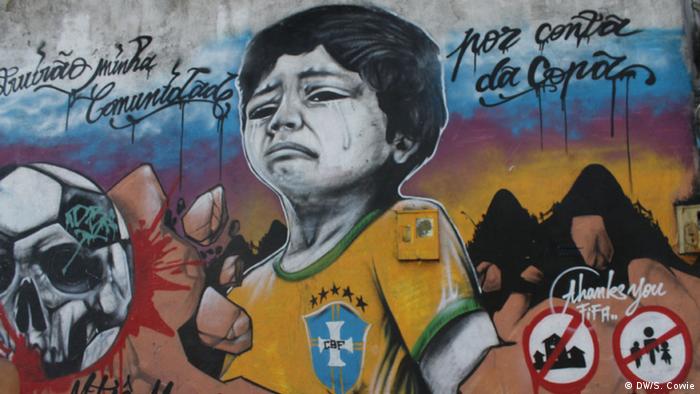 Frustrated by the restrictive newsroom policies at mainstream media outlets and the information black holes in their countries, many dedicated investigative journalists in Latin America have taken matters into their own hands: they’ve set up online to publish their work.

One of them is Agência Pública (Public Agency), which has won twelve awards since it was set up by three female journalists in 2011.

“In Brazil, investigative reporting focused on corruption at the federal government,” says Natalia Viana, one of the site’s co-founders. “Issues like indigenous rights, land grabbing, or illegal business dealings were neglected. That’s why we decided to concentrate on conducting investigations into human rights abuses that are in the public interest and publish what we found. For the first nine months we worked without earning a penny.”

Online news sites, even those focusing on investigative journalism, are not new in Latin America. But only a few have managed to survive in a highly concentrated media landscape. 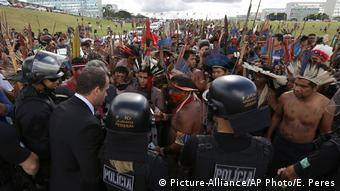 “Contrary to expectations of its demise, investigative journalism is thriving in Latin America,” says Professor Rosental Alves, Director of the Knight Center for Journalism in the Americas at the University of Texas at Austin and advisor to many independent online news sites in the region. “Together with veteran reporters, there is now a new generation of young and enthusiastic professional journalists and investigative ‘start-ups’ that are much more independent, innovative, and aggressive than the traditional media. They really have a sense of mission and giving back to society.”

So what’s the secret ingredient to those that have been around for a few years and are now among the leading investigative news outlets? The answer is relatively simple—audience engagement has made a big the difference.

Social and digital media are being used to find topics for investigations as well as for general research.  But it doesn’t end there. Investigations into human rights abuses or corruption often produce very complex findings, which need to be explained and presented in an appealing way that keeps readers engaged in the topic and could even spur them to take action. This is crucial in the age of Instagram and Twitter. Long-form journalism is struggling to keep audiences that are now accustomed to visual platforms and bite-sized chunks of information.

“With each of our articles, we look for ways to make the content available and attractive to different audiences,” Viana explains. “This may be an interactive web format or a collaboration with a popular radio station.” 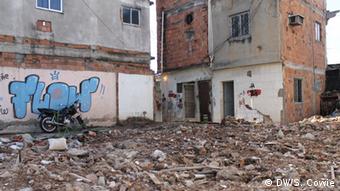 Ruins of a favela near Maracanã stadium in Rio de Janeiro

At the time of the Rio Olympics, Agência Pública produced an interactive website, in English and Portuguese, telling the stories of 100 families who had been evicted from their homes as a result of construction projects for the 2016 games. Apart from text, the site highlights the issue with photos and videos. A podcast features the music the interviewees said most reminded them of the homes they were evicted from. The site also asks users to tell their own stories and includes an interactive wall to submit thoughts, which on screen turn into graffiti.

“Graffiti are a way for people to express their anger in real life Rio de Janeiro,” Viana says. “So many people sent us messages this way—from poems to political messages and only a few hate comments.”

The site had more than 50,000 visitors and news about it reached the international media. Another innovative example is the Big Pharma Project. Headed by Peru’s Ojo Público (Public Eye), journalists from six Latin American countries investigated how 13 of the biggest pharmaceutical companies are maximizing profits at the expense of the poorest citizens. They found proof of corruption, described how the pharmaceutical industry infiltrates patient groups, and highlighted the stark differences in prices for the same medicine throughout the region. The findings are presented in videos, photos, infographics, written reports, and supported by original documents. An interactive tools allows users to clearly compare the cost of specific medications in different countries.

A close engagement with the audience and transparency on how the sites are being funded can also support fundraising efforts—from crowdfunding campaigns to requests for financial support from local donors.

Agência Pública and Ojo Público are two examples of investigative news sites that are helping to increase the quality of journalism in their respective countries by engaging their audiences and setting an example for others.

“Our existence has forced traditional newsrooms in Brazil to do more investigative journalism,” says Natalia Viana. “Young journalists there now have more leverage with their editors and say, ‘Look what this small online news portal can achieve with such limited resources.’”

DW Akademie will present its research into ways to support the viability of investigative news outlets in Latin America, Sub-Saharan Africa, and Eastern Europe at the 2017 Global Investigative Journalism Conference in Johannesburg on 17 November.