Switzerland's Winter Olympic team has confirmed that two of its skiers have contracted norovirus. The games in Pyeongchang have been struck with an outbreak of the virus, although athletes had until now been unaffected. 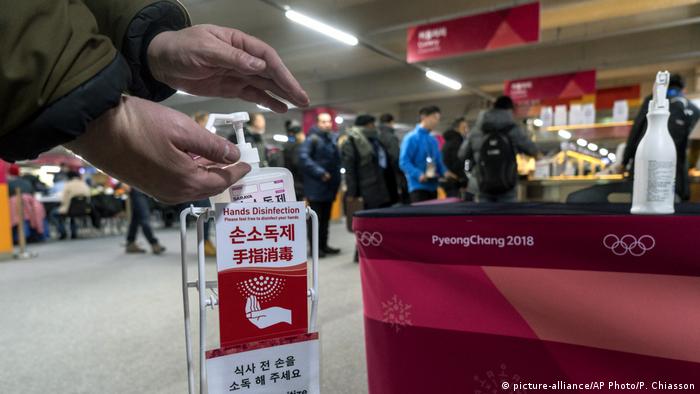 Olympic officials have tried to combat the norovirus outbreak by placing hand sanitizer around all the venues and the athletes' village.

The two skiers were immediately isolated from other athletes in the Olympic village, according to the Swiss team, and taken into single rooms. Both had already gotten over the most severe symptoms by the time of the Swiss team's announcement.

"Everyone else is safe. We did everything we could. We took them away from the rest of the team and now they have to recover," the spokesperson said. "We expect these to remain individual incidents and that the two athletes will recover fully."

Officials from the Swiss team, as well as the International Olympic Committee (IOC), said they hoped the two skiers would be able to compete again before the freestyle competition ends on February 23.

Boesch had become a viral sensation during the Games after he posted a video of himself hanging onto the outside rail of an ascending escalator.

The highly contagious norovirus has quickly spread around the Winter Olympics in Pyeongchang, with some 200 cases recorded in just the first week, mostly among security staff and personnel.

Read more: Winter Olympics: How popular are these Games?

Most of those affected with the virus, whose main symptoms include vomiting and diarrhea, have had to be placed in quarantine.

Later on Friday, US skier Mikaela Shiffrin told US broadcaster NBC that she was "kind of puking" before her first run in the Olympic slalom.  The 22-year-old claimed the fourth-fastest time in Friday's opening run, having already taken gold in the giant slalom on Thursday.

All Olympic teams have been ordered to remind their athletes to frequently wash their hands and use sanitizer.