Wind and sun turn on US nuclear energy | Business| Economy and finance news from a German perspective | DW | 07.07.2017

Wind and sun turn on US nuclear energy

The US has reached a tipping point in its energy consumption, as renewable sources inched ahead of nuclear power. With liquid natural gas also on the rise, the US' reliance on imported and carbon-heavy fuel is weakening. 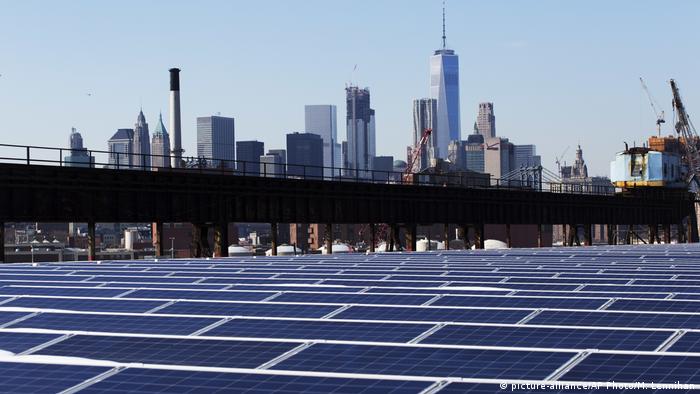 In March and April, the United States produced more of its energy from renewable sources than nuclear, the Energy and Information Administration (EIA) confirmed Thursday.

The US accounts for around 18 percent of the world's total primary energy consumption.

Just over 60 percent of renewable power came from wind and solar, which can often lead to unpredictability based on the weather.

But nuclear production still remains the dominant energy force and experts predict production from nuclear plants will outpace renewables for the coming year.

Nuclear power in the US is provided by 100 commercial reactors with a net summer capacity of 100,350 megawatts (MW) and accounts for about 19.50 percent of the nation's total electric energy generation.

The US is the fourth largest producer of hydroelectricity in the world after China, Canada and Brazil.