As Wimbledon begins, Roger Federer, 36, and 32-year-old Rafael Nadal lead the men's draw, while Serena Williams is to try to reclaim her grass title. However, two-time champion Andy Murray has withdrawn due to injury. 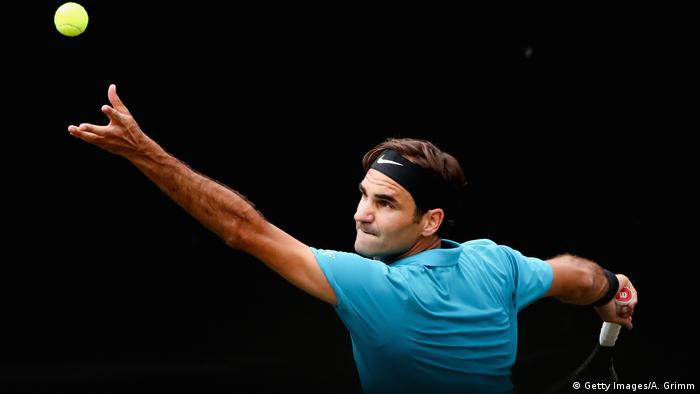 Roger Federer's strategy of skipping the clay court season in order to focus on the grass, his strongest surface, has helped extend the career of the game's most decorated man.

He skipped Roland Garros last year and it paid off, returning to win his eighth Wimbledon title. The Swiss is hoping he can pull off the same trick again this time around.

But, this year, the defending champion heads to south west London after a surprise defeat in three sets to 21-year-old Croatian Borna Coric in the final of the Gerry Weber Open in Halle last week.

That defeat not only ended Federer's 20-match grass-court winning streak, but means he will slip from thetop of the world rankings on Monday, and will be replaced by Rafael Nadal, who is closing in on Federer's 20 Grand Slams with 17 of his own. However, Federer lost to Tommy Haas in the build-up to last year's Wimbledon, which he won.

This edition of Wimbledon should also see all of the big names in the men's draw competing, with Novak Djokovic and Juan Martin del Potro joining Federer and Nadal.

However, Andy Murray, who had hip surgery in January and made his return at warm-up tournament Queen's, losing in three sets to 19th-ranked Australian Nick Kyrgios in the round of 32, announced on Sunday that he had withdrawn from Wimbledon.

"It is with a heavy heart that I'm announcing that I'll be withdrawing from Wimbledon this year," the Scottish two-time men's champion said on Twitter.

"I've made significant progress in practice and in matches over the last 10 days, but after lengthy discussions with my team we've decided that playing best-of-five-set matches might be a bit too soon in the recovery process," he explained.

The shortness of the grass court season makes it tricky to analyse form, so not too much should be read into the fact that Federer failed to win at Halle and that Germany's Mischa Zverev won the men's singles' tournament at Eastbourne, the English seaside resort that hosts another of the Wimbledon tune-up events.

The veterans Federer and Nadal will be the men to beat in London, but outsiders such as Milos Raonic and Marin Cilic shouldn't be ruled out. 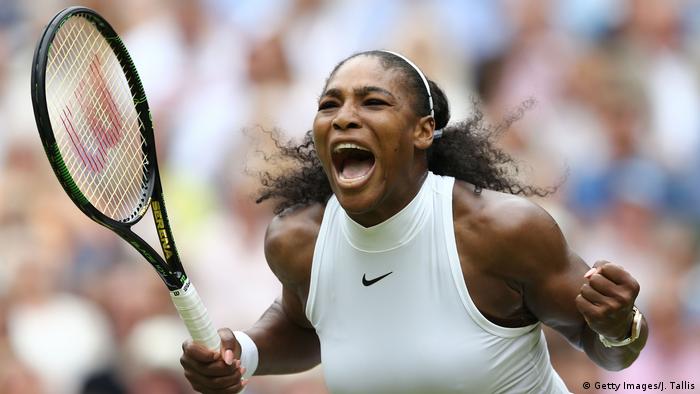 Serena back to reclaim her crown

Garbine Muguruza is the reigning Wimbledon champion but all eyes will be on Serena Williams when the American begins her mission to snatch back the title she has won seven times.

The 36-year-old Williams has not lost on the London lawns since she was upset by France's Alize Cornet in 2014, winning the 2015 and 2016 titles to close to within two of professional-era leader Martina Navratilova.

She watched on from afar last year as she prepared to give birth to daughter Alexis Olympia in September.

While Williams admits her return to competitive action has not been easy, she has been practising hard on the grass and few would bet against her becoming the first mother to win the title since Evonne Cawley 38 years ago.

Should she achieve that feat she would equal Margaret Court's record of 23 Grand Slam titles, although not all of Court's were claimed during the professional era.

Williams has played only seven matches since returning to the Tour but there were signs at the French Open, where she was not seeded but reached the fourth round before withdrawing through injury, that she was moving in the right direction.

Her Wimbledon hopes have been boosted by the seedings committee who installed her as the 25th seed in Friday's draw, which paired her with lowly-ranked Arantxa Rus of the Netherlands.

Not everyone has supported the decision to seed her despite a ranking of 183 but she will still face a tough path with fifth seed Elina Svitolina looming in round three.