Writer William Boyd, a Scot born and raised in Ghana and Nigeria and outspoken opponent of the United Kingdom's decision to leave the EU, spoke to DW about his novel, "Love is Blind," and the disastrous political moment. 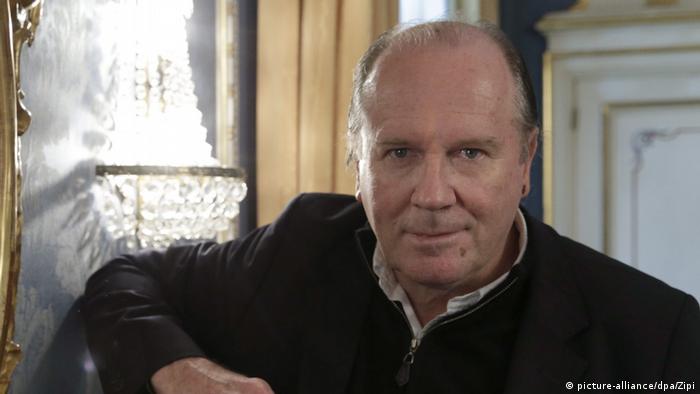 DW: Mr. Boyd, how do you feel about Brexit these days?

William Boyd: A total disaster. I think it's utterly disgraceful. My dominant mood is one of shame — shame at our political class and shame at our useless Prime Minister and our useless leader of the opposition. I think that the mood in the country is really beginning to overwhelm us at this incredibly important event which should never have happened.

The curious thing about the Brexit vote is only one-third of the population voted for Brexit, one-third voted against it and the other third didn't bother to vote. So when they say the people have spoken, that's not true. Only a third of the British population have spoken.

I have written a great deal about it and I made a prediction which I thought up until last week was going to come about — that there would be some sort of compromise because we were very good at compromising in Britain. We'd still sort of be in but be a bit worse off than we were as members. But now I think the divisions in the Conservative Party are too great; this caucus of Little Englanders seem to be calling the shots.

What do you mean by Little Englander?

What I call the Little Englander mentality is a very much a bourgeois English situation — privileged Englanders who have never really liked abroad, have never really liked foreigners, and who live in a kind of myth of the old British Empire and wonderful bulldog spirit and have this fantasy idea of what being British is. It defines your worldview very very aptly, because you only see the world from this rose-tinted Little England point of view. It's utterly misguided.

At the Brexit vote, they joined up with a discontented working class Labour voting minority as well as people who had been left aside, people who had genuine grievances. Their jobs were horrible, the places they lived were neglected. And what happened was that everybody was able to blame Europe for their particular set of problems. So you had this disgruntled working class mass and this fantastical Little Englander mass who came together and voted to leave the European Union. It's utterly illogical; utterly stupid. The two groups have nothing in common apart from a sense that Europe is the source of all their troubles. 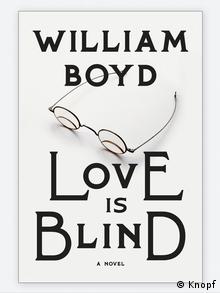 Your latest novel, Love is Blind, leads its protagonists through half of Europe. Did the events of the past few years play a role in your writing this book?

I started the book long before the Brexit thing. I don't actually believe that novelists should write fiction about contemporary events because events will overtake your book and it will become obsolete very quickly. There may be a good novel about Brexit but it'll probably be written in 30 years' time. It's far too soon for anybody to put pen to paper and try to write fiction about it. I'm not the sort of novelist who engages with the day-to-day events of the life I'm living, precisely because it dates so quickly. I'd much rather write about the human condition which is timeless and applies to everybody rather than somebody living in London at this moment.

What was the impetus behind your choice of a piano tuner as the main protagonist in this book?

I chose a piano tuner because it's very difficult to write about music in fiction. What can you say? "It was sublime. It was beautiful. I was very moved." I realized when I had this idea to write a novel about music and musicians that I had to find a different portal — a way in — to do it. By sheer chance I was in a club and somebody was tuning the piano and I suddenly thought, "that's perfect." No virtuoso can play a piano unless it's been properly tuned.

I found a world-class piano tuner at the Royal Academy of Music in London and he told me all his secrets. He was so stunned that somebody wanted to write a novel about a piano tuner. It was pragmatic but it turned out to be a really interesting way of looking at that world and and hence Brodie Moncur becomes a piano tuner.

What kind of person is this character, Brodie Moncur? What does he stand for?

There are two literary ghosts behind this novel. One is Anton Chekhov and the other is Robert Louis Stevenson — probably the most famous Scottish writer who ever lived in the 19th century. Brodie Moncur is a very typical figure in Scottish literature, a very Stevenson-y hero — a young man who goes off on a kind of adventure, a flight from a sort-of demonic pursuit.

In some ways it's my most Scottish novel because I visit many of the tropes of Scottish literature: the power of the church, the oppressive nature of the father, this idea of demonic pursuit. And again this Stevenson-y idea of adventure. Kidnapped or Treasure Island are classic novels of Scottish literature but they are really about a young man going out into the world, so that's what he represents — a kind of hopeful, youthful presence but with whom life catches up all too seriously. 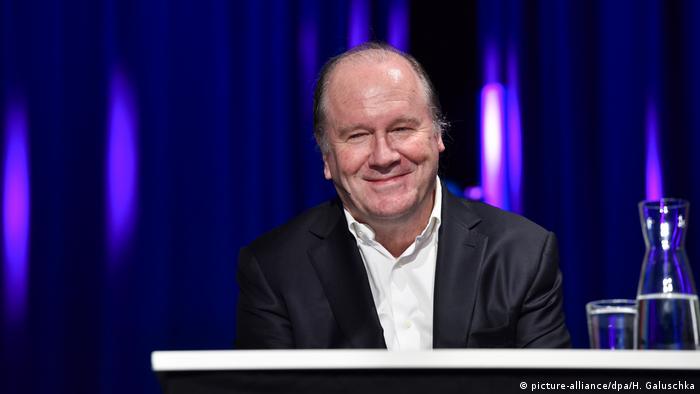 The author as at the Lit.Cologne literature festival in March

Brodie flees from his father, from his church, from religion: Why did you use this motif? What role does faith and religion still play for you today?

There is a particular religion that dominates in Scotland, a kind of very strict Calvinism, which is also very pragmatic — it's about working hard and getting your reward in heaven, not on earth. It can be very oppressive and in exploring these Scottish literary ideas, I created this figure of Malcolm, Brodie's father, who is a completely corrupt priest but who rules his family with a rod of iron and who uses religion as a way of getting on in the world.

This religion is about how you behave on earth and what and how to comport yourself, how to deal with other people — it's almost kind of a manual for living as well as something to believe in. And this book is an exploration of that 19th century world and that kind of exploitation of faith that took place. We may need it now.

How do you think your experiences growing up in Ghana, and later Nigeria, helped to influence this book in particular and your worldview in general?

Yes I think that because I was born in Africa and that it was my home for the first 20 years of my life, even though I was educated in Britain, I have always felt something of an outsider. I was never really Scottish although I never obviously wasn't. I think I've always been slightly deracinated and maybe that's a good thing for a writer. I'm always slightly on the outside looking in and I can see folly and stupidity, I think. But maybe that's just because I haven't been engaged with British life in the way that other writers are.

I have to say: ninety-nine point nine nine nine percent of all writers are remainers. Brexit is a very anti-intellectual position to take. The idea to leave Europe has to do with as I say this Little Englander mentality and it's deeply frustrating.

Kate Connolly: How Brexit turned her world upside down

On the year of the 250th birthday of the pioneering German naturalist, award-winning Humboldt expert Andrea Wulf has published an illustrated book about his storied 1799-1804 expedition through equatorial America. (25.03.2019)

'Gruffalo' illustrator hopes for a miracle as Brexit looms

Axel Scheffler, the German illustrator of a popular children's book, "The Gruffalo," has lived in Britain for 36 years. Faced with a looming Brexit, he tells DW that he is both angry and disappointed. (02.11.2018)