Will Malaysia′s ties with the EU improve under the new government? | Asia | An in-depth look at news from across the continent | DW | 14.09.2021

Will Malaysia's ties with the EU improve under the new government?

Malaysia's new government has already signalled that it will maintain its predecessor's legal battles against the EU, especially concerning the dispute over palm oil. 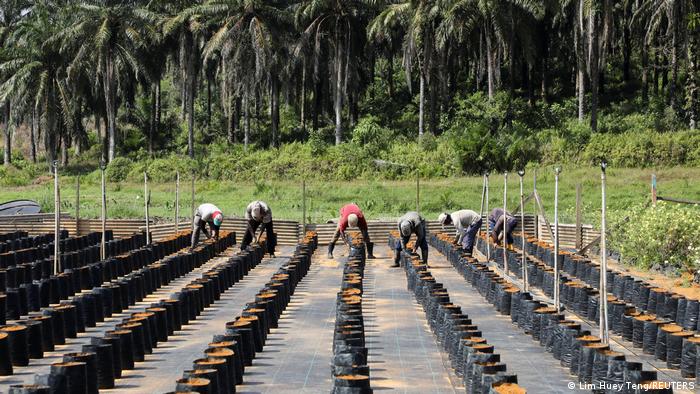 Changes of government are usually occasions for countries to reassess their foreign relations, but few analysts reckon Malaysia's new government that came into office late last month will oversee any fundamental change in approach.

It is a double-edged sword for the EU, which was beginning to build momentum with the previous government over a potential free-trade agreement between Malaysia and the European bloc, a key issue for Brussels as it seeks to sign new trade pacts with Southeast Asian states.

Malaysia's new government has already signalled that it will maintain its predecessor's legal battles against the EU, as Brussels plans to phase out imports of palm oil, one of Malaysia's largest export goods.

She added that the new Cabinet led by Prime Minister Ismail Sabri Yaakob will be compelled to be "inwardly-focused," given the need to tackle the ongoing COVID surge and the resulting economic crisis.

"The main thrusts of Malaysia's foreign policy have been consistent throughout the decades, anyway," Noor said. "So, while there may be tweaks in execution… its approach to major power dynamics will remain unchanged." 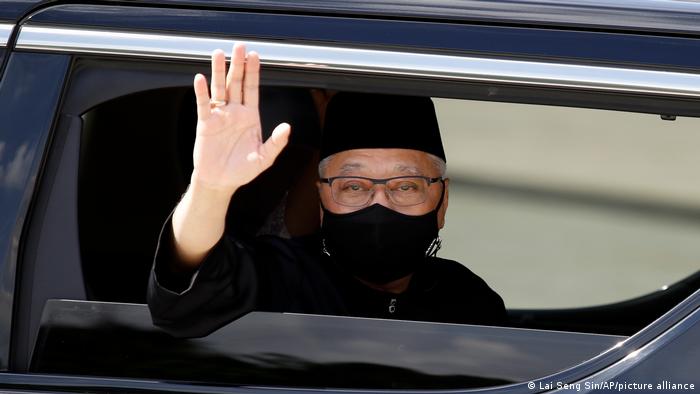 No clear opinion on international relations?

Malaysian Foreign Minister Saifuddin Abdullah, who retained his post after the government change, said as much earlier this month. According to local media reports, he stated that the new government will not seek to pursue "a new foreign policy."

Speaking on his first day back in office on September 1, during which he announced the formation of a new Foreign Policy Consultative Council, he said the new government's central theme is "continuity."

Ismail's new Cabinet came into office following three years of intense political activity. For almost seven decades, Malaysia was run unchallenged by a coalition dominated by the United Malays National Organization (UMNO), a party that represents the interests of the country's Malay-Muslim majority.

But an unprecedented victory in the 2018 general election by an opposition coalition, Pakatan Harapan, threw Malaysian politics into turmoil. The Harapan-led government survived until February 2020, when it collapsed following intra-coalition squabbles and the resignation of Prime Minister Mahathir Mohamad.

Muhyiddin Yassin, a member of the Malaysian United Indigenous Party (Bersatu), which had collapsed the previous government after splitting from the Harapan coalition, was named the new prime minister.

But he lasted only 17 months in office, resigning in August this year after losing majority support over his government's pandemic response. Ismail, a senior official in UMNO, was then asked by the country's monarch to form a government.

"Ismail Sabri has not been known for having a clear opinion on international relations, having mostly served as a functionary in his party and as a minister mostly dealing with domestic concerns," said Liew Chin Tong, a former deputy defense minister and politician for the opposition Democratic Action Party (DAP).

But Ismail "will not have the luxury of not dealing with geopolitics," Liew added, since the country has in recent years felt pressured to set a clear foreign policy agenda amid the US-China rivalry. "He will have to get up to speed relatively quickly," Liew said.

For EU-Malaysia relations, the continuation of the status quo in Kuala Lumpur will leave the bloc's diplomats with the same old challenges.

"The change of administration will not have a significant impact on EU-Malaysia relations," Ambassador Michalis Rokas, head of the EU delegation to Malaysia, told DW.

"The bilateral relationship is already in a good pathway, and we will continue to reach out to the new government in order to further strengthen our relationship and deepen our engagement," he added.

After landmark free trade pacts with Singapore and Vietnam were signed in 2018 and 2019, respectively, the EU has struggled to forge ahead with similar pacts with other Southeast Asian states, although interest has recently been shown by Thailand and the Philippines.

Talks over a free trade agreement began in 2010 but stalled two years later, after seven rounds, at the request of Malaysia. A "stocktaking exercise" was carried out by both sides in 2016, but Kuala Lumpur decided against restarting trade talks.

In April, the European Chamber of Commerce in Malaysia and the Federation of Malaysian Manufacturers agreed to form a joint task force to lobby Kuala Lumpur to restart trade talks.

In late August, the ASEAN Business Advisory Council of Malaysia appealed to the government to fast-track talks with the EU, especially as the country is desperate to boost economic recovery next year.

It also called on Kuala Lumpur to ratify the Comprehensive and Progressive Agreement for Trans-Pacific Partnership (CPTPP), a 11-nation trade bloc that Malaysia is a signatory of.

Doing so, the trade group stated, would ease some tensions of the proposed EU-Malaysia Free Trade Agreement since provisions laid out in the CPTPP, such as those involving labor, would be similar to those required in the EU trade pact.

Palm oil is a major contention

The biggest source of contention between Malaysia and the EU surrounds Brussels' plans to phase out imports of palm oil by 2030. Palm oil has been classified by the bloc as resulting in excessive deforestation.

In late May, the World Trade Organization accepted Malaysia's request to establish a panel to debate its protests and an opinion is expected by the end of the year. However, the EU could then appeal the ruling, which likely means the dispute could continue for years.

Rokas, the EU ambassador, said that his delegation is "reaching out" to the new administration to discuss this, especially with the new minister of Plantation Industries and Commodities, Zuraida Kamaruddin, who oversees affairs relating to palm oil.

Zuraida, who did not respond to DW's questions at the time of publication, is expected to maintain Malaysia's stance on the EU's phasing out of palm oil imports.

"We have no choice but to compete healthily," she told local journalists on September 1, referring to Malaysia's plans to work with Indonesia, the world's largest palm-oil producer, against the EU's actions. "This is an international issue that we have to constantly convince the EU and European consumers about the benefits of our palm oil," she added.

The weakness of Ismail's new government, which controls only a slim majority in parliament, could even exacerbate tensions with the EU over palm oil.

"Structurally, the Malaysian government will have to protect its planters and this constituency is of particular import to Ismail," said Liew, the DAP politician, referring to the palm-oil workers and producers, the majority of which are from the Malay majority, which is the political base of Ismail's UMNO party.

"But Malaysia-Europe relations are far more than palm oil," said Liew. "I would like to see the government working with investors from the EU to help upgrade Malaysian industries and to transform technologically."

Palm oil is the planet's most widely consumed vegetable oil

Palm oil is found in everything from food to cosmetics. Its rise to the status of the most widely consumed vegetable oil has had devastating effects on forests, wildlife - and most recently some of Hong Kong's beaches.