Will cities in Belgium take down statues of Leopold II?

More than 10 million Africans died when the king ruled over the Congo from 1885 to 1908. Now, Antwerp has become the first Belgian city to remove a statue of Leopold II — but not for the reason that activists had sought. 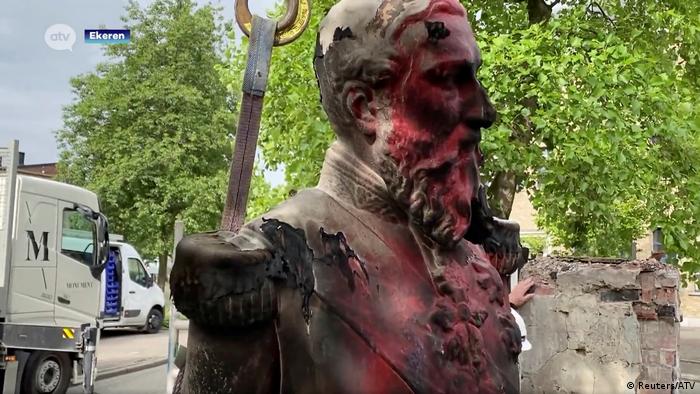 Laura Uwinema couldn't believe her eyes. Until June 9, the tall stone statue of King Leopold II had "tortured" her every day when she walked by. Now there was a pile of battered bricks where it had stood. Her 4-year-old son, Noah, asked where the "bad guy" had gone. 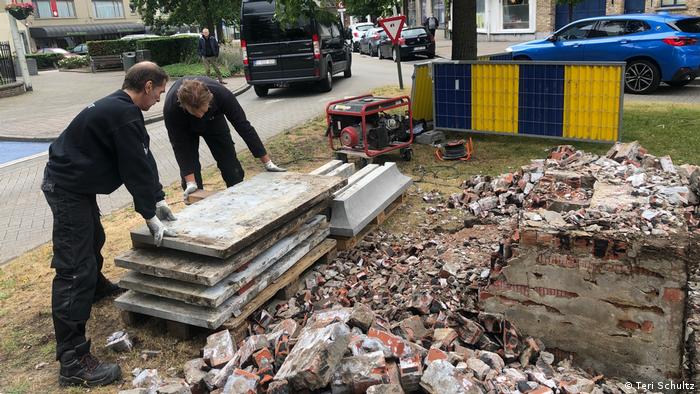 The first statue of Leopold II erected in Belgium, in the Antwerp suburb of Ekeren in 1873, also became the first removed, taken away quickly and quietly Tuesday morning. The monument had been burned and splashed with paint in recent days by people believed to be connected to the Black Lives Matter movement.

"Is he gone?" asked Uwinema, who came to Belgium as a refugee from Rwanda. "I'm still in shock. I'm so happy!" She planned to pop a bottle of champagne to celebrate the disappearance of the reminder of the colonizer of Congo, who oversaw the deaths and disfigurement of an estimated more than 10 million people during his rule of the region from 1885 to 1908. 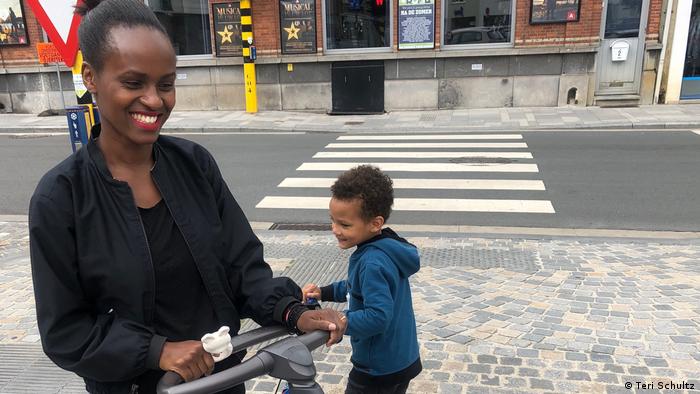 Uwinema said she felt tormented by the statue, given the king's brutal reign in Congo

Uwinema said her son had asked: "Did they throw him in the trash?'"

"I said: I hope so!" Uwinema laughed. "It's about time, because he killed more people than Hitler, and he was still there in 2020," she said. "I hope all the Leopold IIs go away."

Branda Audimba, whose mother was born in Congo, was celebrating the news in Brussels. "I'm totally amazed," Audimba told DW. She helped organize the massive Black Lives Matter rally in Brussels on Sunday, and has been protesting for years to have Leopold II statues removed from the capital. "I would have never imagined that the statues would fall that quickly," she said.

Ekeren District Mayor Koen Palinckx is pouring some cold water on activists' glee. He told DW that he helped make the decision to remove the statue on Friday, before the large rallies against racism in Belgium and across the European Union. He said the statue was not removed because of the legacy of Leopold II — at least, not in the sense of solidarity that anti-statue campaigners had hoped for.

Palinckx said the statue needed to be restored after protests. "I certainly would have left it there if it hadn't been vandalized and there hadn't been that much damage," he said 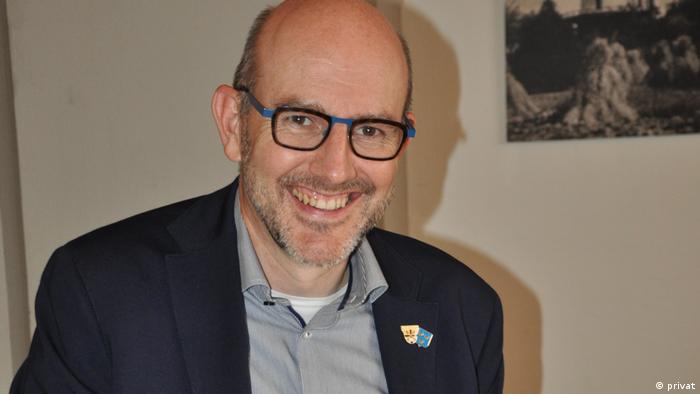 The politician is also a historian, and he said he didn't believe that removing symbols of colonial figures was the way to address injustice. "You won't erase the history by doing that," Palinckx said. "You won't turn back the clock by doing that." He noted that this particular statue had been created before Leopold II's rule in Congo even began. Two years ago, a plaque was added to it, giving some details about the monarch's brutal acts. "It was pretty clear — telling also what's happened in the Congo and that the people of Ekeren are in their thoughts with the people of Congo," he said.

Palinckx said activists went too far in trying to destroy the monument. "Be creative, but do not vandalize objects that are that are not yours, that are public property," he said. "That's a line you do not cross." Palinckx didn't entirely rule out the notion that the statue could again stand in Ekeren after it is restored at Antwerp's Middelheim Museum — but he acknowledged that that would be pretty unlikely.

Audimba said she did not care why the Leopold was removed. "The statue was taken down," she said. "That's all that matters."

Idesbald Goddeeris, a professor of history at KU Leuven, said that while developments are moving quickly, it will take a long time to see deep changes in Belgian society. "A much more important issue (than the statues) is the hidden racism, the discrimination, the higher unemployment among migration groups," he said.

Belgians have been unwilling to confront colonialism, Goddeeris said, recalling that,  when he himself was a student at KU Leuven in the 1990s, instructors spent "only one or two minutes" on the country's role in Congo. "This was completely being silenced," he said.

Justification ranged from refusing to believe Leopold II had actually overseen such atrocities to not wanting to weaken the current monarchy. "On top of that, Belgium is suffering from a severe identity crisis," Goddeeris said, "so criticizing the colonial past is also criticizing the Belgian identity and in this way, strengthening Flemish nationalism, populism. And and many intellectuals didn't want to do that."

Educators may soon no longer have the option of remaining silent. Both the Dutch-speaking and French-speaking education ministers have proposed that school curricula be changed to require the teaching of the full history of colonialism for the first time.

"This history is too often ignored," Wallonian Education Minister Caroline Desir said in a video posted to Twitter. "We can no longer tolerate this shortcoming," she added.

Meanwhile, an online petition demanding the removal of all Leopold II statues in Brussels has more than 70,000 signatures at the moment. On Thursday, Brussels State Secretary for Urbanism Pascal Smet will propose to the city government that a working group be set up to decide what to do.

"We need a debate about the statues of Leopold II in Brussels, about our colonial past," Smet told DW. In addition to the working group, he proposes a competition for artists to reconfigure the statues in an accurate historical context that would also commemorate the king's victims. But, Smet said, should the working group determine that Leopold II has to go, he will deliver the permits to remove the statues from the capital.