Will cash soon be a thing of the past?

More and more countries are phasing out large denomination bills - but few people are aware of the reasons for limiting cash transactions. 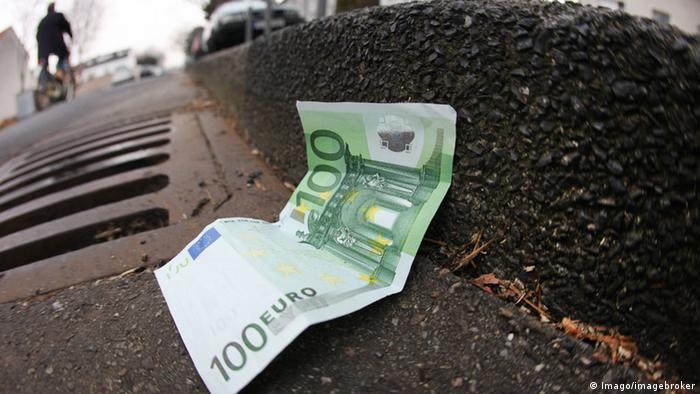 Imagine your smartphone is your wallet. Instead of having to queue at the checkout because people are fiddling around looking for the right bills, or waiting for change, or entering the PIN for their card, everyone just puts their cellphone on the scanner - and that's that. No need for cash any more.

It's not such an unlikely scenario. Non-cash payment is already the norm in many countries in the world. This month, India completely withdrew all large denomination bills from circulation. In Greece the government is planning to use tax incentives to encourage people not to pay in cash. And in Scandinavian countries it's quite usual to pay by card, even at the baker's or at a kiosk. It's practical for the customer: The payment is booked as soon as you hold the card up to the reader. No PIN; no signature. And no awkward fiddling around to find the right bills or coins.

In Germany, though, cash is very popular. Seventy-five percent of all payments are made in cash. When the German government announced in May 2016 that it would be phasing out the 500-euro note, it sparked a big debate. Petitions were started by people who feared that cash would soon be phased out altogether. Critics saw it as a threat to data protection: The digitization of payments would mean that all the minutiae of people's daily lives would be open to scrutiny, they said. At a conference of the German Central Bank in June, Hans-Jürgen Papier, a former constitutional judge, said "not insignificant constraints of a number of fundamental rights" were at issue.

But what fiscal interests is Germany pursuing by limiting the use of cash? The usual "terrorism" argument was made in this debate, too. At the time, Levin Holle, head of department in the German ministry of finance, said the aim of restricting the use of cash was to "curb the financing of terrorism and money-laundering."

It is a fact that the politics of zero, and even negative, interest rates is currently stabilizing in the EU. Economist Rudolf Hickel, professor of finance at the University of Bremen, believes this will prove to be a long-term development. In November he wrote an article for the monthly political journal "Blätter" about negative-interest capitalism. This, he said, had been developing since the 1980s, was associated with the EU's "macroeconomic economizing," and was a policy the European Central Bank (ECB) persisted in pursuing.

Under negative-interest capitalism, banks that receive money from the European Central Bank must pay penalty interest, currently at a rate of 0.4 percent, on their deposits with their issuing bank. This penalty interest, which represents a loss for the banks, will presumably ultimately be passed on to customers - as is already happening in Switzerland. The Swiss bank PostFinance has announced that it will introduce a negative interest rate for particularly wealthy clients in February. 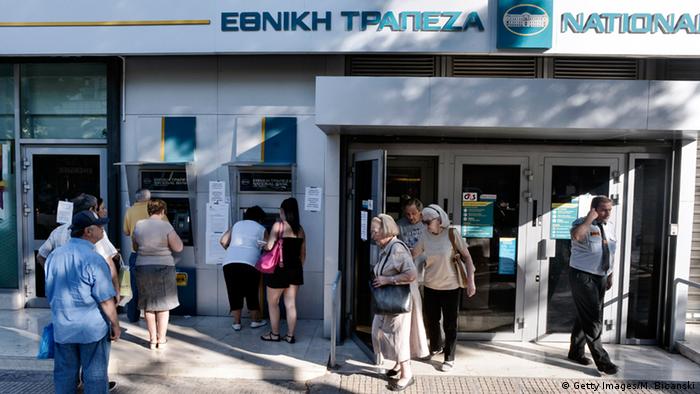 So what does this mean for customers? Normally, if you deposit money in a savings account, it multiplies. That's because it accrues interest. But if negative interest rates are applied, customers end up with less money in their accounts, not more. Who goes along with something like that? It seems probable that people would be more likely to hoard their money in cash rather than accept such a loss. In 2016, Germans bought more safes than they had for years. In order to prevent precisely this kind of hoarding, it's in the banks' interest if savers have accounts, and continue to depend on digital forms of payment.

Star economist Kenneth Rogoff, who advocates demonetarization, is open about the reasons. "That way, it would be easier for the central banks to introduce negative interest rates in order to stimulate the economy," he said at an event organized by the Ifo Institute in Munich to promote the abolition of cash. He could only speculate as to whether a cash limit would be imposed in other EU countries using the same arguments.

"His deliberations have already led to the ECB's decision to do away with 500-euro notes, and Germany considering introducing an upper limit of 5,000 euros for cash payments." These, at least, are the claims made by the financial publisher on the jacket of Rogoff's book, entitled (in German) "Why Our Cash Will Disappear." Small wonder people speak of conspiracy theories.

Taking the emotion out of the debate

In May 2016 the German finance minister, Wolfgang Schäuble, assured us that Germany would not be getting rid of cash altogether: It would just introduce an upper limit. However, he had already firmly declared in February that there would be no upper limit for cash payments - only to introduce one just a few months later.

The state secretary of the Brandenburg Finance Ministry, Daniela Trochowski of the Left party, would also like to see a less emotional debate. For her, the argument that the digitization of money would make it easier to fight tax evasion is a convincing one. As she told DW, she is not in favor of complete demonetarization, but she does support an upper limit for transactions. Trochowski argues that setting this between 3,000 and 5,000 euros for each cash payment would not, in any case, affect the daily lives of ordinary citizens. Unlike Rudolf Hickel, she believes that negative interest rates will prove a temporary phenomenon.

The German government is pondering setting up an upper limit for cash payments as part of its efforts to fight global terrorism and money laundering. Berlin intends to push for such a limit at EU level. (03.02.2016)